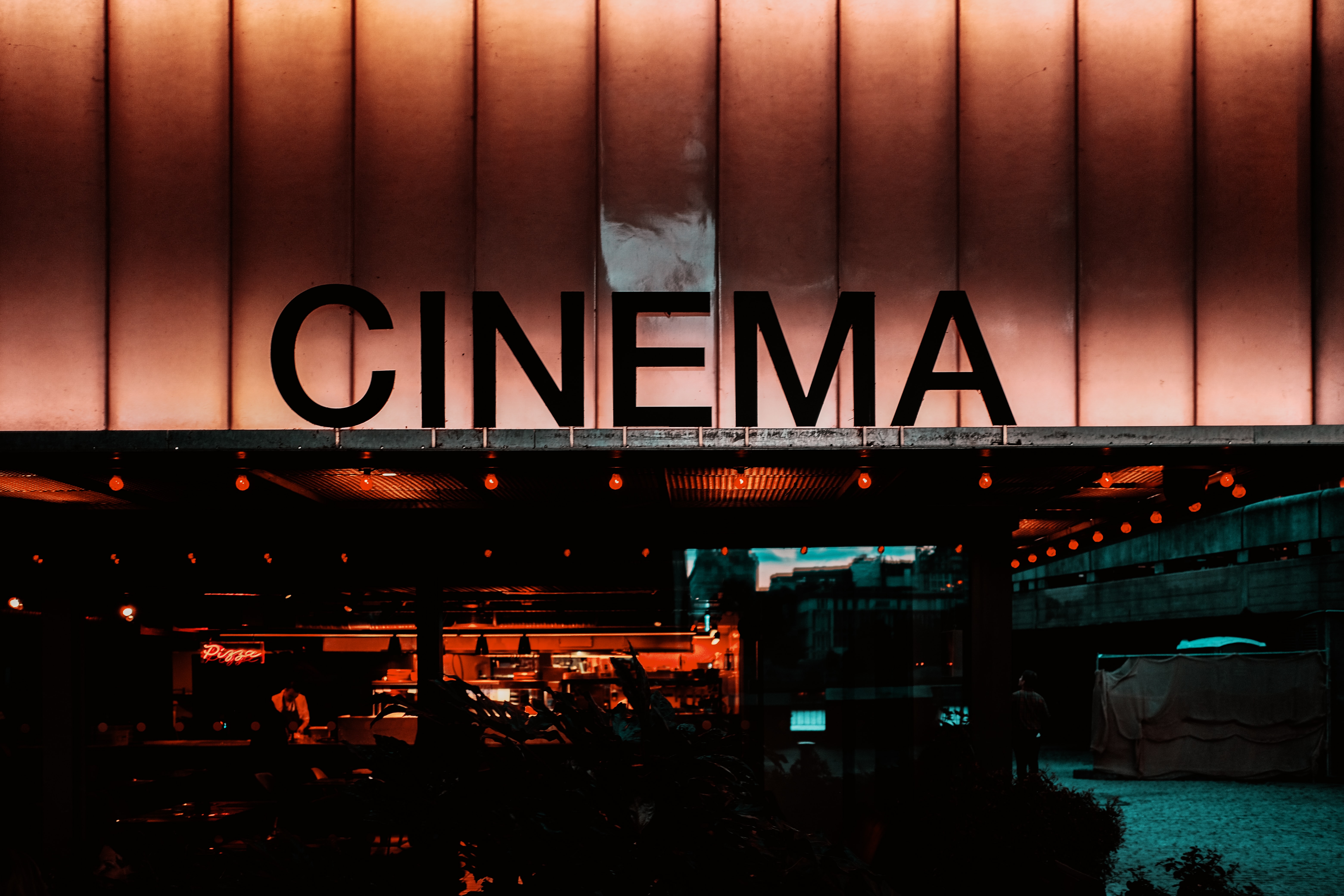 It is safe to say that the 2022 Oscars will go down in awards history. From historic wins, a surprising Best Picture winner and an on-air altercation, it was certainly an interesting evening.

The 94th Academy Awards were back at the legendary Dolby Theatre in LA this year, after being forced to move location in 2021 due to Covid. Despite being back in a familiar venue, the Oscars opted to change it up this year in terms of format, with the show beginning an hour earlier than the TV broadcast. This hour saw eight awards including: Documentary Short, Film Editing, Makeup and Hairstyling, Original Score, Production Design, Animated Short, Live-Action Short and Sound, being presented off-air in a bid to cut down the showtime and get more viewers. The wins were instead spliced into short clips which were shown throughout the televised broadcast. This bid to cut down on time seemingly did not work as the night ran longer than last year. The category changes were announced weeks before the event to backlash from members of the industry and fans alike, with many feeling that the categories and those nominated were snubbed. Rightfully so it was said that these categories represented some of the most important parts of filmmaking, and that actors and directors do not make movies alone. Whether this is a permanent change only time will tell but following the reaction I hope next year they are back on the main broadcast.

After presenting the first off-air award the show finally switched to a televised broadcast, which is where the true showmanship of the night began. The opening moments saw Beyoncé perform her Oscar-nominated Original Song ‘Be Alive’ from the movie King Richard, in a performance that could only be described as ethereal. The legendary singer performed the song on a tennis court in Compton, which was the setting of the movie, whilst she, her dancers and backup musicians sported a luminous green outfit the colour of which seemed to resemble Tennis balls. Fitting considering the film follows the father of Venus and Serena Williams. The performance was the first of four Original Song nominee performances throughout the evening, which as including Sebastian Yetras performing Dos Oruguitas (from Encanto), Reba McEntire’s ‘Somehow You Do’ (from Four Good Days) and the evening’s winner Billie Eilish and Finneas for their Bond theme ‘No Time To Die’ (from No Time To Die). The win for Billie Eilish made her the first person born in the 21st century to win an Oscar, and the first win for the sibling duo who have skyrocketed to stardom over the last few years.

The night also saw the return of the Oscar host. Following a few years of hostless Oscars, comedians Wanda Sykes, Regina Hall and Amy Schumer took on the hosting duties this year to a mixed response. There were certainly some funny moments from the three comedians, most notably a joke in their monologue suggesting it was cheaper to pay for three female host than one male host. Not all the jokes landed however as is usually the case for any Oscar hosts. Out of the three, Wanda Sykes was the standout, especially the moment she came out dressed as Will Smith as Richard Williams, which was one of the funnier moments of the evening. The night also saw an array of presenters grace the stage, including Samuel L Jackson, who received an honorary Academy Award earlier that week at the Governors Awards. Rachel Zegler also presented with Jacob Elordi after initially not receiving an invitation to the event, despite being in West Side Story which was nominated for Best Picture. Most notable was Liza Minelli who presented the Best Picture award alongside Lady Gaga, in a sweet moment in which Gaga celebrated Minelli’s legend status.

Now onto the wins. The first televised win of the night was Ariana DeBose for Best Supporting Actress for her role as Anita in West Side Story. The win was a historic one at that, with the actress being the first openly queer woman of colour to win an Oscar, and also the second Latina to win an Oscar in an acting category after Rita Morena won for the same role in 1962. Another notable win was Troy Kotsur’s Best Supporting Actor win for his role in CODA. This was also a historic win with Kotsur being the first deaf actor to win an Oscar, and the second deaf person ever following Marlee Matlin’s (who was also in CODA) win in 1986 for Children of a Lesser God. CODA also took home other prominent awards including Best Adapted Screenplay for its director Sian Heder and the big award of the night Best Picture. The Best Picture win was a pleasant surprise for Oscar viewers. The Power of the Dog was previously favoured to take home the coveted award all through awards season, after winning the Golden Globe, BAFTA and SAG Award. CODA however captured viewers’ attention with its heart-warming story of a hearing child in a deaf family, and the struggles and triumphs which come along with this. It is certainly a step in the right direction for deaf representation in Hollywood, and one that hopefully in continues. The film’s win also saw Apple TV become the first streaming service to win an Oscar for Best Picture.

The Power of the Dog did not go home empty-handed, however. Jane Campion unsurprisingly won Best Director making her the third woman to win, and for the first time in Oscar history there were back-to-back female director wins following Chloé Zhao’s win in 2021. Shockingly, the award was the only award The Power of the Dog took home on the evening despite being nominated for twelve awards. This makes it the first film since 1967’s The Graduate to win only one award in the Best Director category.

Kenneth Branagh also won for Original Screenplay for Belfast, a film which documents his childhood in Belfast during the Troubles. Many people expected Paul Thomas Anderson to take home the award for his film Liquorice Pizza after winning the BAFTA in the same category, however it was a tight race between the two. Riz Ahmed also took home an award for Live-Action Short with his film The Long Goodbye. This is the first Oscar for Ahmed who was nominated for Best Actor last year for Sound of Metal. The win also makes him the first Muslim person to win in this category. Expectedly Encanto took home the award for Best Animated Feature. The stars of the film also performed the smash hit We Don’t Talk About Bruno’ from the film, alongside Megan The Stallion, Luis Fonsi and Becky G in a remixed Oscar version of the song.

The evening took a surprising turn however when Chris Rock came on stage to present Documentary Feature, an award which would eventually go to Questlove’s Summer of Soul. Chris Rock began with a joke about Penelope Cruz and Javier Bardem both being nominated for Best Actress and Actor, then his attention turned to Will Smith and Jada Pinkett Smith. Rock preceded to make a “joke” about Jada Pinkett Smith being in GI Jane 2, which referenced Smith’s shaved head. The comment however upset the couple, especially Jada Pinkett Smith who has been public about her battle with alopecia, and how she had shaved her hair as the condition was progressing rapidly. Chris Rock’s disrespectful comment led Will Smith to walk on stage and slap Chris Rock across the face. Initially, both the in-person audience and audiences watching across the globe believed the moment to be a part of the show. Yet, it quickly became clear the opposite was true when Will Smith returned to his seat and began shouting ‘keep my wife’s name out of your f**cking mouth.’ Chris Rock was obviously shocked as was the audience who became audibly silent. The show shifted in tone moving forward, which at this point still had almost an hour and a half left.

As they say the show must go on, which it did. Will Smith went on to win Best Actor for King Richard, This was his third nomination, and after his illustrious career it seemed a long time coming for the veteran Actor. Naturally, the earlier altercation had shaken Will Smith up which was felt in the tearful speech he gave, in which he talked about fearlessly protecting the women around him. The speech was around 5 minutes, and in that time, he thanked the Williams sisters and Richard Williams and he also apologised to the Academy and his fellow nominees.

Jessica Chastain also went on to win Best Actress for The Eyes of Tammy Faye. Like Smith, this was the third nomination for the Chastain, and in a close Best Actress race this year she came out on top. During her speech, Chastain spoke of the current ‘discriminatory and bigoted’ legislation sweeping the USA which is trying to suppress the rights of LGBTQIA+ people. She concluded her speech with a message to the LGBTQIA+ community saying, ‘you are unconditionally loved for the uniqueness that is you.’

The night was certainly an interesting one in the end. One difficult to describe, but one which will certainly be remembered. Regardless of your view on the situation, it is clear that the Academy is complicit in their handling of the situation. The controversy speak to wider issues the Oscars Academy has had over the years. Despite declaring in a tweet following the incident that they ‘The Academy does not condone violence of any form’, they seem to pick and choose when to condone violence. They never spoke out against Harvey Weinstein who won 81 oscars during his career. Roman Polanski won Best Director is 2003, despite being on the run for charges of Sexual Assault against a minor. Mel Gibson was also nominated in 2017 for Best Director despite facing allegations of domestic abuse, alongside a history of racism and antisemitism. The Academy Award’s selective approach to conduct is just another in a long line of issues that have plagued the awards. Whether they will ever be able to alter such a deep-rooted issue remains to be seen, but one thing is for sure the Oscars need to change, and they need to do so soon before they become the next Golden Globes.