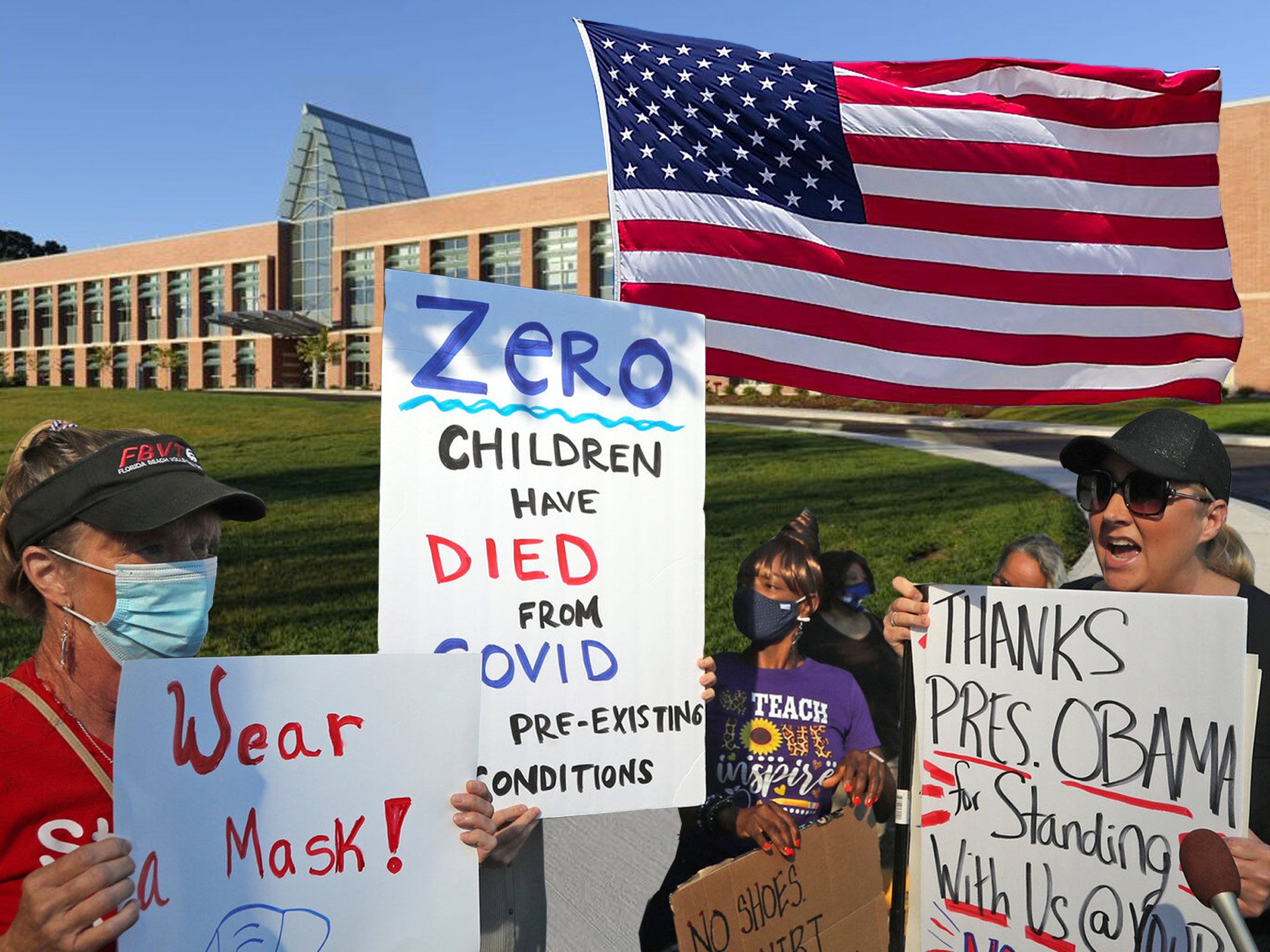 US School Boards In Shambles Across The Country

Following the cancellation of the last US School board meeting of the year, originally dated for the 8th of October, the severity of the threats against its members have come to the forefront despite the fact that it’s been happening for months.The reason for this harassment? The parents of pupils up and down the US who are protesting the changing of school curriculum.

It began when school boards started to propose changes to the way that things are done in schools, for example making the curriculum more diverse, teaching critical race theory and enforcing mask mandates amid rising COVID-19 cases in some states, in order to ensure safety for their students.

Unfortunately, these proposals were not well-received by the students parents, as they have taken it into their own hands to protest these changes. From petitions to harassment and death threats, it’s clear to see how the situation has dangerously escalated as angry mobs of parents continue to harass members of school boards across the US.

A couple of stories from the members of different school boards particularly stand out. 50-year-old Beth Barts, previously a member of the Loudoun school board in the state of Virginia, had been receiving abuse over email, repeated phone calls and Facebook messages for months. She recently resigned from the board after suffering from panic attacks related to the fear she felt for, not only herself, but also that of her husband and daughter. Meanwhile, Sami Al-Abdrabbuh the chairman of a school board in Northwest Oregon, has even received photographs in which his campaign signs are full of bullet holes, a clear threat to his life. Even more directly, one of Mr Al-Abdrabbuh friends had to warn him of their neighbour, who was threatening to find him with the intent to kill him.

In response to the disturbing and terrifying actions of these parents, the Attorney General, Merrick Garland, contacted Federal Authorities in an attempt to make a stand against what has been labelled as “domestic terrorism” by National School Boards Association (NSBA). This however, only seemed to add fuel to the fire, further angering parents and even Republican lawmakers who all seem to believe that these parents who only have “good intentions” are being demonised by the NSBA. They only want what’s best for their children, right?

The ongoing war between the school boards and the parents shows no signs of slowing, and it seems to have the potential to escalate even further before something is done to stunt the wildfire of hatred and fear infesting the nation.