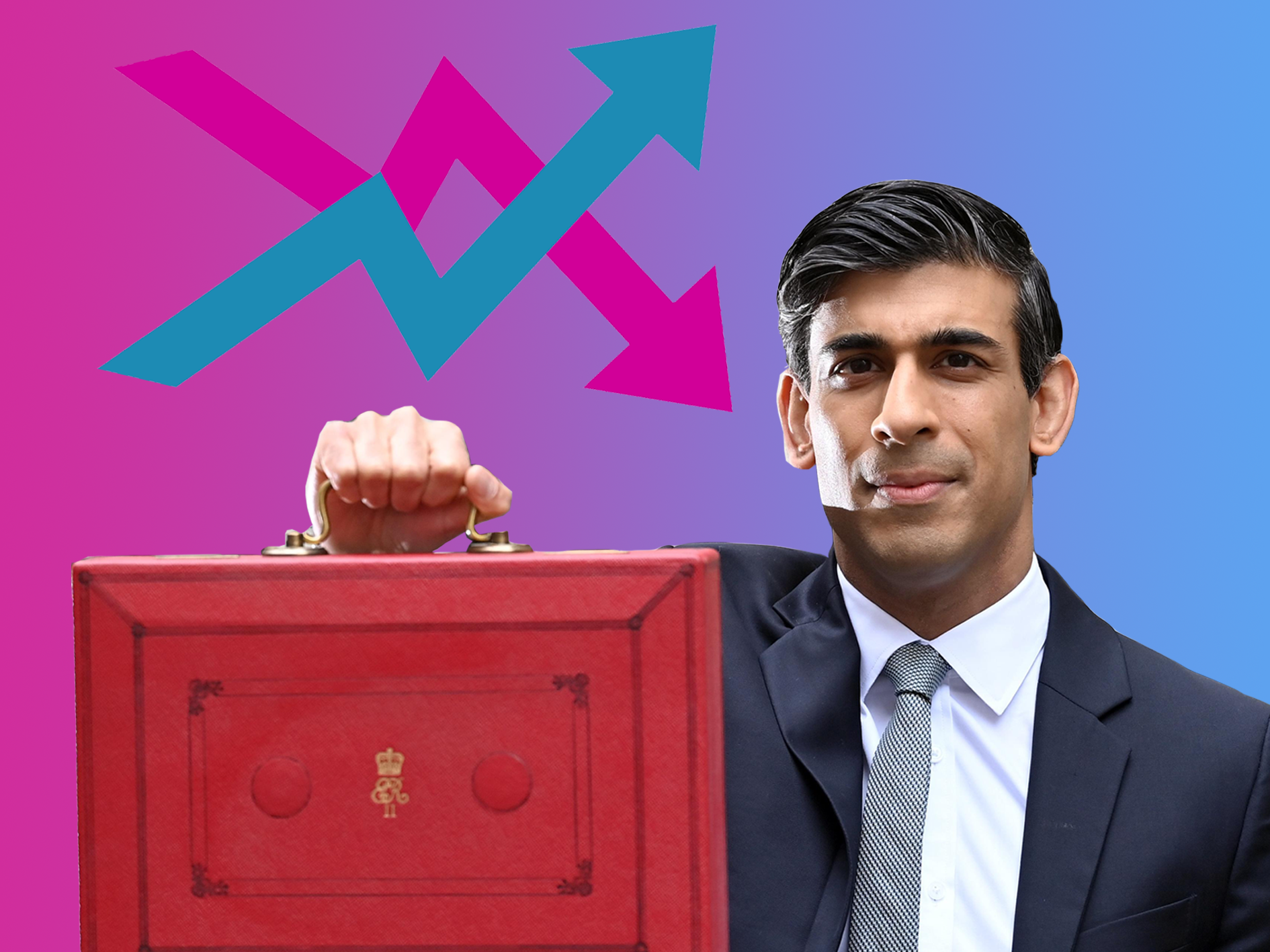 Chancellor Rishi Sunak presented the government’s Autumn Budget to the House of Commons at the end of October. The Budget, accompanied by the one unveiled in March, displays a continuation of Prime Minister Boris Johnson’s high-spending approach to restore the country’s economic figures to the levels found prior to the outbreak of Coronavirus in 2020. The Chancellor defined his Budget as one that levels up and “builds a stronger economy” for the British people, however Labour criticised the government’s “arrogance” towards the rising cost-of-living and the increased tax burden now faced by poorer families.

The Budget is one of the most high-profile events in the political calendar, in which the Chancellor of the Exchequer details the government’s proposals for taxation and spending in the forthcoming year. After presenting the fiscal agenda to the House of Commons, members have a chance to debate and scrutinise the proposed changes. Response from the Opposition is typically lead by the Leader of the Opposition, however due to Labour Party leader Sir Keir Starmer testing positive for Covid-19 just an hour before the Chancellor’s address, Shadow Chancellor Rachel Reeves was thrusted in to rebut the proposals.

Earlier in the year as part of the March Budget, the Chancellor announced reforms to the thresholds for income tax in order to raise an additional £8 billion per year for the Treasury by 2025. Despite calls from critics that it would create a hidden increase to the tax burden of working families, the government has remained committed to its delivery as well as an increase in National Insurance tax.

The Autumn Budget proposes a series of tax freezes and reliefs that the Chancellor has stated will “unleash the dynamism and creativity” of businesses.

The government is continuing its economic agenda to alleviate the effects of the global pandemic on small businesses across the UK with the Chancellor announcing various changes to business rates – the charge paid to local councils by commercial businesses such as office, warehouses and shops. Specifically businesses working in the retail, hospitality and leisure will be able to claim a 50% tax relief in 2022/23; much of the industry is continuing to struggle even after restrictions were lifted earlier this year. The Chancellor described the changes as the “biggest business tax cut in modern British history” however Shadow Chancellor Rachel Reeves argued that the rates would still hold back businesses.

A key element of the Autumn Budget was the Chancellor’s proposal to radically reform the alcohol duty system in the UK. Describing the pre-existing system as “outdated, complex and full of historical anomalies” the Chancellor declared that alcohol would from 2023, be taxed solely based on its ABV (alcohol by volume) strength. This means that drinks such as Prosecco, Rosé and draught beers and cider will all experience a drop in tax – reflecting the increasing popularity of drinks like sparkling wines with consumers. On the other end of the scale high-ABV spirits will see a tax hike, although vodka and whisky will be taxed at the same level as present. The Chancellor went on to argue that the cancellation of the alcohol duty rise next year will “help with the cost-of-living while tackling problem drinking” as the new system rewards lower strength drinking habits.

Opposition parties levied much of their criticism towards proposed changes to air passenger duty, specifically the introduction of a lower rate for domestic flights. Critics accused the Chancellor of promoting domestic flights over more sustainable travel, such as high speed rail, a week before the country hosted the United Nations’ COP26 Climate Change Conference. Rachel Reeves said the Chancellor had failed to recognise the importance of Britain’s transition to a zero-emissions economy; particularly as the government could not confirm whether emissions targets for 2035 would be met. The Chancellor defended the proposals by saying it would “boost regional airports” and create more jobs.

The big news regarding Universal Credit during the Budget was the Chancellor’s intentions to lower the taper rate from 63% to 55%. The taper, introduced as part of the original roll-out of Universal Credit in 2013, is the rate at which claimants can still receive benefits as their earnings increase. This was intended to help prevent those moving away from benefits being ‘trapped’ in unemployment, with payments being phased out rather than being stopped outright. At the current rate of 63%, claimants who earn an extra pound lose the equivalent of 63p in Universal Credit benefits. The Chancellor acknowledged the pre-existing rate was a “high and hidden tax on work” with reductions in the rate now allowing for working families to keep an extra £1,000 on average per year.

Although Labour welcomed the reduction in the taper rate, Rachel Reeves was quick to intervene that the £1,000 made available will be lost to the rising cost-of-living under the Conservatives. She stated, “working people on Universal Credit still face a higher marginal tax rate than the Prime Minister” and that the new proposals would do “absolutely nothing” to help working families. This, combined with the peak in gas prices and rising inflation seen in recent weeks, will leave working people “out in the cold” this winter said the Shadow Chancellor.

As the government continues its rhetoric to level up left-behind regions in the North of England, the Chancellor earmarked £1.7 billion for investment in local economies as part of the Levelling Up Fund. As part of the fund, £170 million will be made available to Scotland, £120 million for Wales and £50 million for Northern Ireland. The Chancellor also announced funding for the UK Shared Prosperity Fund which will replace similar funding packages received from the European Union, as well as specific government-supported infrastructure projects nationwide from Aberdeen to Lewes. However the Institute for Government has criticised the government for its inaction towards levelling up, stating that without an established levelling up bill, government departments risk spending on “inconsistent” policies instead of having a planned approach.

In education, the Chancellor has announced a funding increase to schools of an extra £4.7 billion by 2025. As part of this, around £2 billion will be made available to help schools and colleges catch up on learning due to disruptions caused by the pandemic. The government has also pledged that per-pupil spending will return to pre-2010 levels, providing an increase of £1,500 for each student. Opposition parties were quick to point out the paradox of such spending, with the Conservatives restoring funding levels to that of New Labour. The Shadow Chancellor in particular argued that comparisons regarding investment to the last decade were irrelevant as the Conservatives had presided over massive spending cuts during the nation’s “lost decade.” This view was also shared by the National Education Union and National Association of Head Teachers, criticising the length of time taken by the government to restore cut education budgets.

The Chancellor also detailed a number of spending increases in other areas. In particular, the government will commit to making money available for hospital upgrades, additional funding for police, provisions for climate financing and the UK’s net-zero efforts, as well as increased research and development investments for universities and the public sector.

As the UK emerges from the pandemic, the nation’s economy is still in a shaky state. Although the Chancellor declared that economic growth would be over 6.5% in 2021 and 6% in 2022, this will decline to 2.1%, 1.3% and 1.6% in the following years as the economy restabilises. Labour characterised the Conservative governments as having led Britain to becoming a “low-growth” economy – compared with the Labour government of previous achieving economic growth of 2.3% in the midst of the Financial Crisis of 2007-08. Rachel Reeves argued the government’s high-spending approach is to accommodate the shortfalls of economic growth since 2010.

It is difficult to predict whether this Budget will provide a noticeable difference to lower and middle-income families broadly. Although the government has proposed reversing pay freezes and allowing those on Universal Credit to keep more of their money, rising levels of inflation have driven up the price of food, fuel and gas to the point where families could feel more burdened than relieved. In the coming years a rise in National Insurance and changing thresholds for income tax will raise more money for the government, however spending will not make up for the adverse effect this will have on the poorest in society.

Still, the government is determined to distance itself from its austere policies of the past decade. Whether the Chancellor will be able to persuade voters, particularly in constituencies from Labour’s former heartlands in the North of England, that his and Boris Johnson’s new economic agenda has worked is yet to be seen.