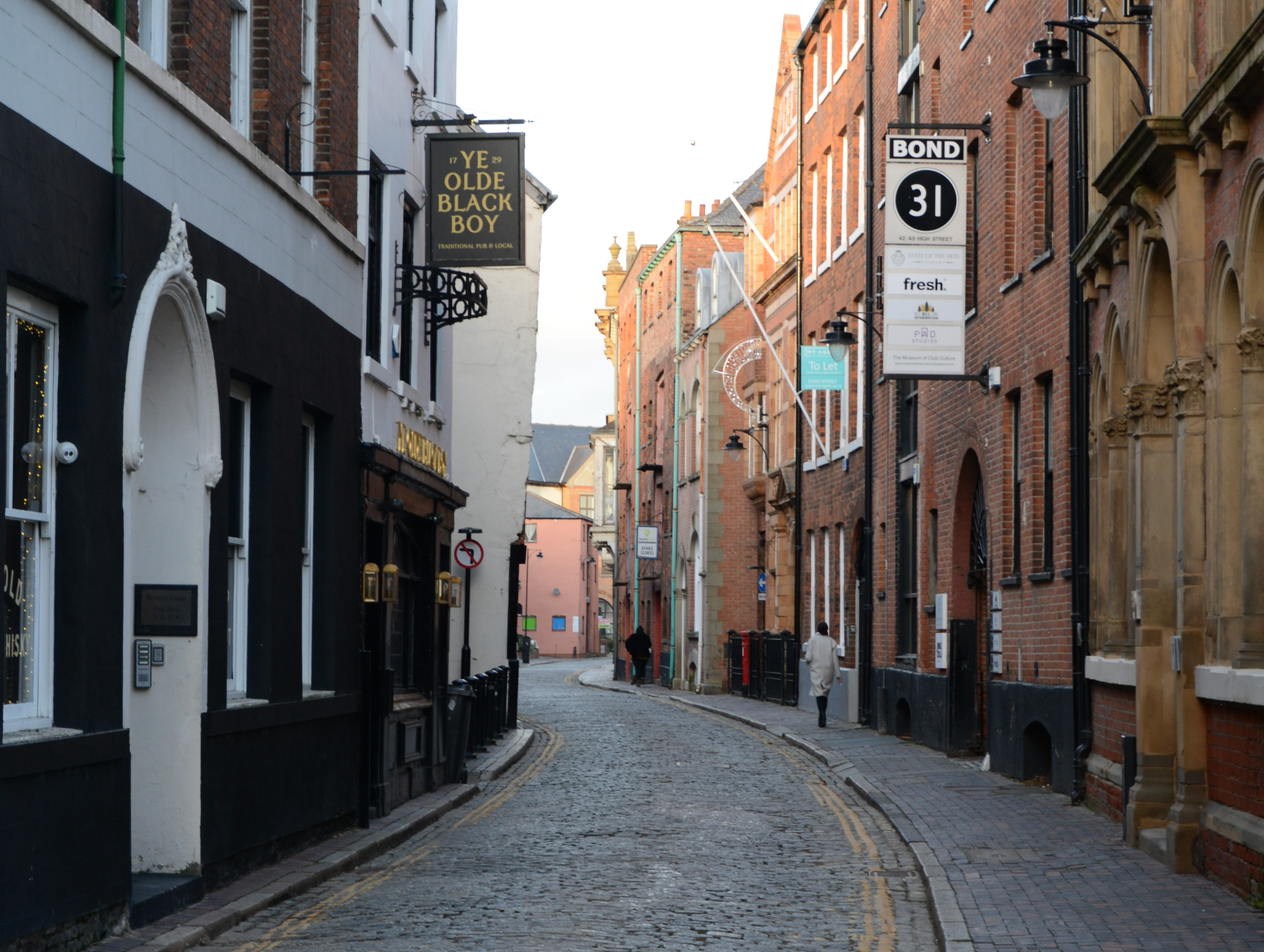 Hull might seem like an unlikely place to film a Hollywood blockbuster. Indeed, prior to the twenty-first century, the city’s most notable appearance on film was as itself in a 1985 Only Fools and Horses TV special. Over the past decade however, the cobbled streets and historic architecture of the Old Town have attracted attention from major production companies. In 2015, the city stood in for 1940s London in A Royal Night Out, before standing in for Victorian London in ITV’s Victoria, which featured Doctor Who’s Jenna Coleman as the titular monarch and 2018’s The Personal History of David Copperfield, starring Coleman’s former Doctor Who co-star Peter Capaldi alongside Dev Patel and Tilda Swinton.

However, none of the city’s previous illustrious visitors could match the star power of Henry Cavill and Millie Bobby Brown, who visited Hull in October 2021 to film scenes for the upcoming Netflix original film Enola Holmes 2. Once again standing in for Victorian London, modern street furniture and signage were removed whilst nineteenth-century horse-drawn carriages and market stalls were moved in to position for the shoot. Producers even closed Alfred Gelder Street, a major thoroughfare, and covered the road surface with gravel to mimic how a city street might have looked in the late Victorian setting. Countless costumed extras descended on the city alongside the stars, attracting the curiosity of locals (including me!).

Cavill began his career in British television, and was briefly considered as a candidate to replace Pierce Brosnan as James Bond. After being attached to a number of roles that eventually went to other actors, including Cedric Diggory in Harry Potter, Edward Cullen in Twilight and even Bruce Wayne in Batman Begins (ironically all roles later taken on by Robert Pattinson), it was announced that he would star as Superman in Zack Snyder’s Man of Steel. This brought him international recognition; and his portrayal of Superman was widely acclaimed. He has since reprised his role for several other films set in the DC cinematic universe. In 2019, he appeared as Geralt of Rivia in The Witcher, a fantasy drama produced by Netflix. He is a favourite to succeed Daniel Craig as James Bond, having originally been considered too young during the production of Casino Royale.

Millie Bobby Brown had to deal with the pressures of fame at a much younger age. Just nine years old when she made her first TV appearance, she remained obscure until she was cast in the Netflix science-fiction thriller Stranger Things as Eleven, a little girl with telekinetic powers. The show became a global phenomenon, and reviewers praised Brown, who had to shave her head to the play the role. Her particular appeal to young people led to her being appointed as a UNICEF Goodwill Ambassador, the youngest person ever to be offered the position. She has since appeared in the Godzilla franchise and served as an executive producer as well as acting in the first Enola Holmes film, in which she portrays Sherlock Holmes’s younger sister (Cavill plays Sherlock). Somewhat surprisingly, Brown is a devoted football fan, and supports Liverpool FC. She has also lost all her hearing in one ear, a trait she shares with the author of this article.

It is hoped the exposure Hull will gain from the new Enola Holmes film will attract more major Hollywood productions to the city, which has a fledgling film industry all of its own. The 2017 City of Culture celebrations highlighted Hull’s cultural wealth, an aspect of the city that had previously been overlooked by residents and non-residents alike. In 2019, Northern Films opened a brand-new studio in Priory Park industrial estate, offering local jobs in the media industry to students and perhaps a potential path to stardom!