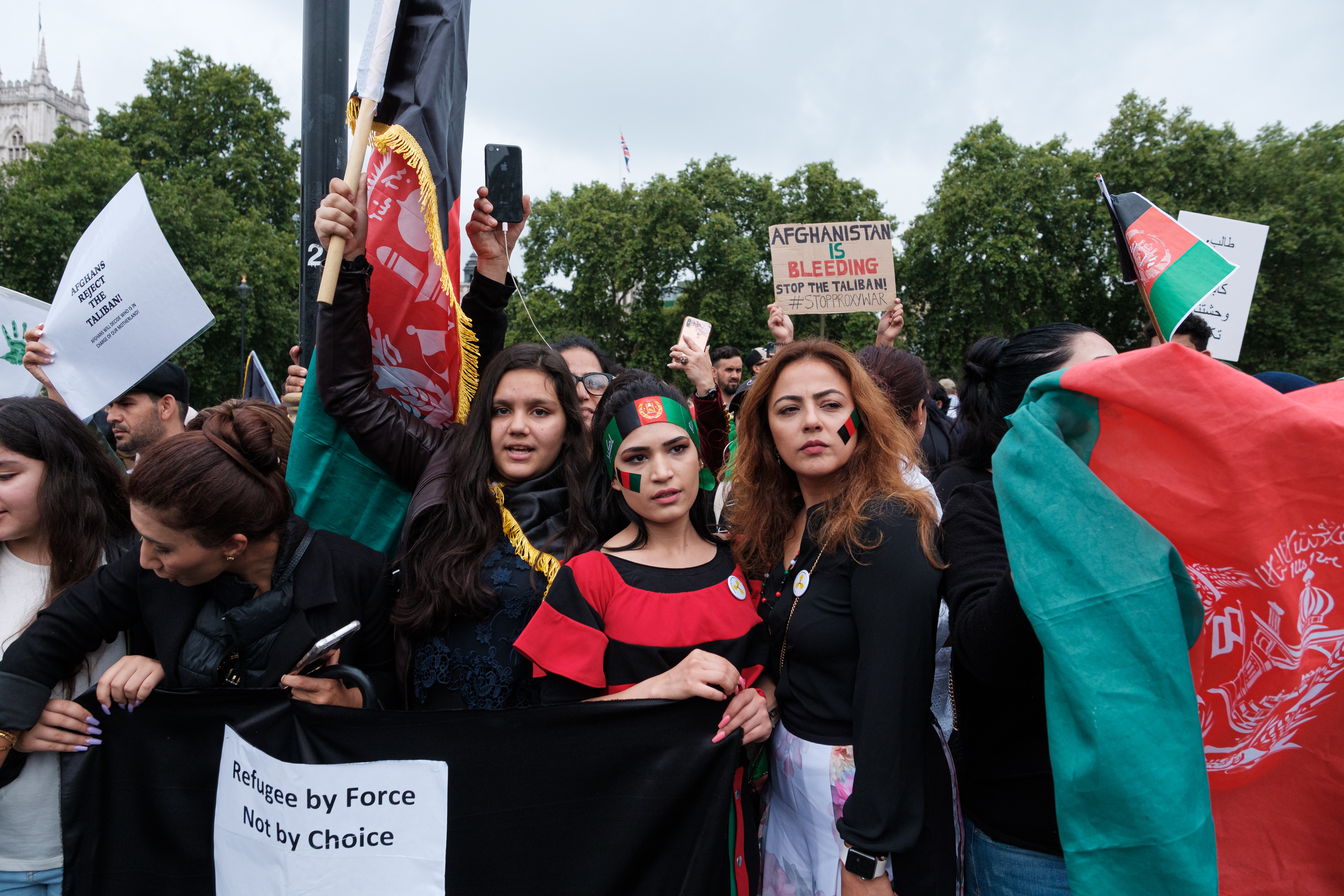 The Uncertain Future of Women’s Rights in Afghanistan

Afghanistan is quite often ranked as being one of the most dangerous places in the world to be a woman, and the Taliban’s re-emergence to power in August has not changed this. Fears for the future of women’s rights in Afghanistan has resurfaced following the departure of American military intervention. The burning question since the recapture of Afghanistan in Western media has been, “What will happen to the women of Afghanistan?”. Afghan women have now been left to face a perilous future under the resurrected rule of the Taliban, after the mess of over two decades of conflict and the fallout following the departure of military intervention from the United States.

Freedoms and expectations that many Afghan women have become accustomed to have now vanished as they witness their world transform. A whole generation of women and girls in Afghanistan have never experienced the oppressive power of the Taliban. This is due to the result of the Taliban government being overthrown after the 9/11 attacks on the United States, which allowed Afghan women some measures of freedom. But now, those women find themselves in the dark shadow of tyrannical authority stripping them of what meagre freedoms they had, robbing them of the thought of a future. However, all hope may not be lost just yet as the Islamicist fundamentalists have come back in 2021 claiming to have rebranded themselves to be more moderate than before – only because now, the world is watching. A spokesperson for the Taliban has claimed that women will be allowed to work and fulfil their education albeit within the limits of their interpretation of Islamic law, which they have conveniently declined to define.  We must now wait to see what “according to Islamic Law” actually means for women in Afghanistan. Yet, on the back of statements like this one they have immediately backtracked asking the majority of Afghan women, not in jobs deemed as essential, to stay home claiming it as a temporary measure for security purposes. But this explanation only offers an ominous omen transporting the women of Afghanistan back in time to relive the painful memories of the last time the Taliban was in power.

Heather Barr, associate director of the women’s rights division at Human Rights Watch has shone a spotlight on the fact that “we heard some of these explanations in 1996 to 2001, when the Taliban said that the reason girls couldn’t study, and women couldn’t work was because the security situation wasn’t good, and once the security situation was better, they could go back. Of course, that moment never arrived”. This shows that the supposedly more moderate version of the Taliban are once again making the same empty promises as the 1990s, and have wasted no time in U-turning the progress Afghanistan has made in their absence. Namely, the transformation of the Ministry of Women building in Ghanzi turning it into the “Ministry of the Propagation of Virtue and Prevention of Vice”, the role of which is to encourage Afghans to embrace the Taliban’s tyrannical Islamic rule once again. Expedited actions such as this has led Anita Bhatia, the UN Women Deputy Executive Director, to stress the importance of abiding by five key areas of action to ensure that women’s rights in Afghanistan are represented in all aid efforts:

It is important not to brush over the fact that the women of Afghanistan have a rich history of resistance and political dissent kiboshing the false narrative that they have been passive victims. Afghan American female scholars have been challenging this distorted frame that Afghan women are damsels in distress. This is not to discount the trials and tribulations that Afghan women have faced and overcome. But it is to challenge the façade that they are helpless, and it discounts the research, advocacy, and the diverse spectrum of experiences of women-led groups who have been fighting for human rights both now and historically in Afghanistan. An argument suggested by female Afghan scholars is that historically many western colonial powers have had a long-standing need to appropriate women’s rights movements to serve their own geopolitical interests in the Middle East, North Africa, and South Asia. As an outsider looking in it is important to remember not to generalize women’s rights in Afghanistan as a singular and linear category but to consider the plurality of aspirations as the organisations are not monolithic, they range from communist to secular, moderately religious to more religiously conservative, just like any other nationalities women’s movements.

Fears of the Taliban’s new rules and brutal past have become a frightening reality as women’s rights activist and economics lecturer Frozan Safi is believed to have been killed by the Taliban, the first women’s rights defender to be killed since they regained control in Afghanistan. Safi’s sister Rita has given a heart wrenching testimony as she revealed, “We recognised her by her clothes. Bullets had destroyed her face. There were bullet wounds all over, too many to count on her head, heart, chest, kidneys and legs”.

Frozan is reported to have requested asylum in Germany before she went missing on 20th October, after receiving an anonymous phone call telling her to collect evidence of her work as a defender of women’s rights and to escape to a safe house. She believed this to be her chance at refuge in Germany but instead it was the ticket to her death.

The tragedy of Frozan Safi has led many women in Afghanistan to reveal that they have already given up their education out of fear for the Taliban’s retaliation. One Afghan woman has said that “I don’t believe the Taliban. I’m scared of their rules, and I’m concerned to lose my life for no reason under their control”. As a woman writing this it is distressing to witness the panic and anxiety that some women are still experiencing in 2021. This is not to say that all Afghan women are going to take the gathering momentum of repression and the Taliban’s track record of misogyny and brutality lightly. Many have already taken to the streets of the capital to demand their rights, and chants like “We want equal rights; we want women in government” are echoed across the country. The determination to protest the Taliban’s takeover is particularly evident by one protestors recollection of being lashed and beaten with batons that emitted electrical shocks whilst being verbally reprimanded to “Go home”, saying that’s where a woman’s place is,  as her phone was knocked out of her hand as she tried to film the Taliban stopping the protest. She went on to reveal that “they tell me not to go to protests. They [the Taliban] will kill you… it’s important that we raise our voice. I’m not scared. I will keep going again and again and again, until they kill us. It is better to die once than die gradually”. It is horrifying that this has become the choice for the women of Afghanistan; to be repressed or to die fighting for equality.

Frozan Safi is just one of the names that is an immortal reminder that Afghan women and girls will not give up their fight for women’s rights.