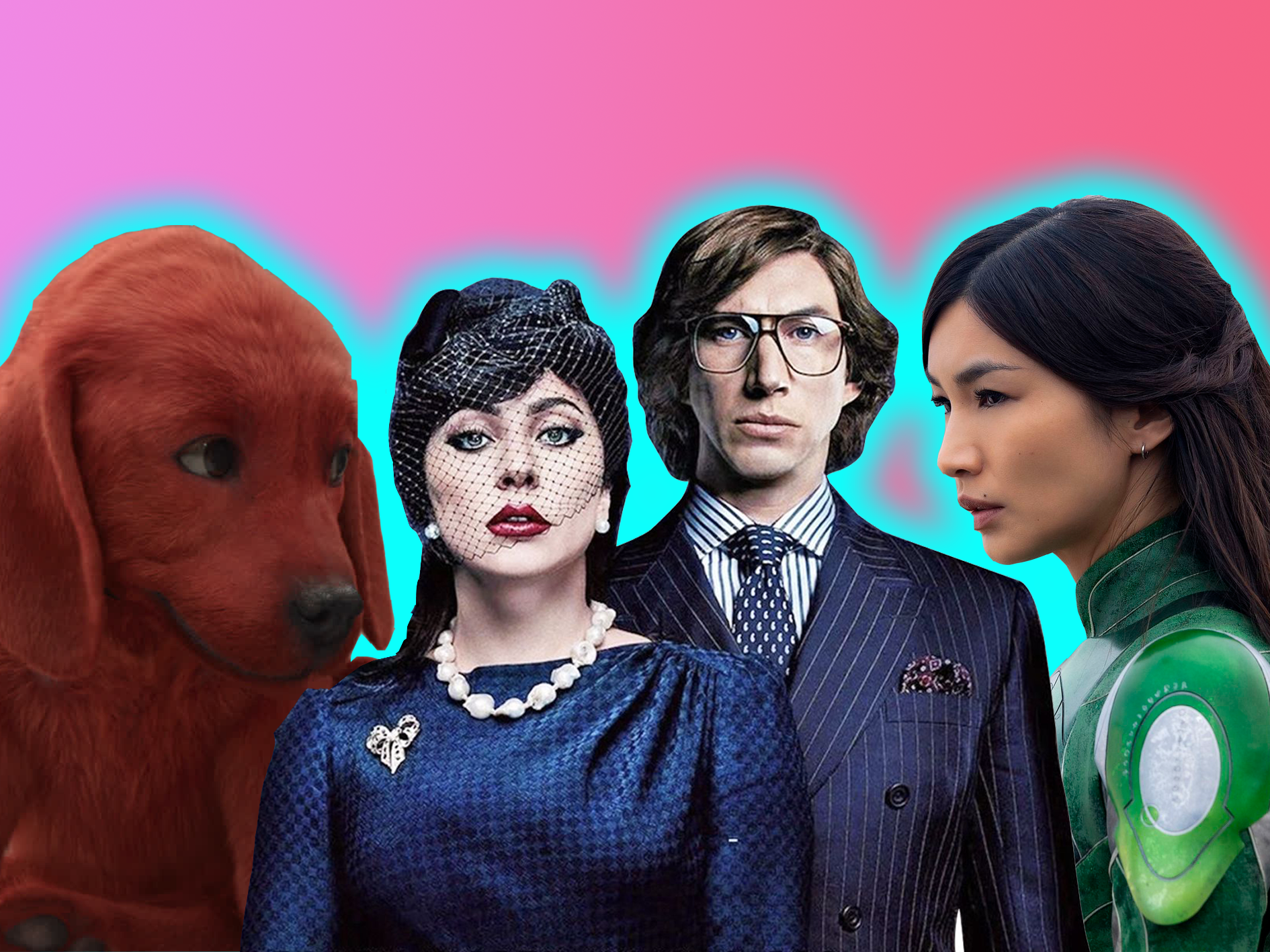 With just one month to Christmas the blockbuster films just keep coming, following October’s extensive selection of brilliant movies, November has some highly anticipated films for every type of cinemagoer. Some of the sure to be most popular films of this month are the biopic of Serena and Venus Williams, and the relationship with their father, plus the star-studded cast of Ridley Scott’s House of Gucci and for the younger viewers a new animated Disney film.

Marvel’s newest and most ambitious new film moves away from the usual style of its many hit films. It comes the brilliant ensemble cast of world-famous actors playing The Eternals; immortal heroes from the planet Olympia who are sent to Earth to defend Humans from The Deviants by the Celestials, in a story which spans millenniums. The film has gathered a lot of controversial moments and has divided most marvel fans, but as per usual with marvels fan favoured post credits scenes, no matter what we will definitely see these characters again with a few new fresh faces.

When a single mum and her two kids arrive in a small town, they begin to discover their connection to the original Ghostbusters and the secret legacy their grandfather left for them, before uncovering once again there is the possibility of the ghosts breaking free and bringing about the end of the world. Unlike the 2016 Ghostbusters this is not a Reboot of the Classic films but a follow on from the original two films. Which possibly means a sure-fire Cameo from one of the Original Ghostbusters. While being Directed by the Son of the director of the Original two films.

A Biopic following the Tennis superstars Serena and Venus Williams and their relationship with there Father Richard Williams who coached the girls in Tennis from an unlikely background where being a Tennis star seemed like a dream to them becoming two of the most well-known Tennis stars of the past decade.

Based on the book by Sara Gay Forden, when Patrizia Reggiani, an outsider from humble beginnings, marries into the Gucci family, her unbridled ambition begins to unravel their legacy and triggers a spiral of betrayal, decadence, revenge, and murder. With a story following the generations of the Gucci Family and the unsavoury and immoral happenings of high society. With an amusing fact being one of the cast members is Salma Hayek who is married to the current Head of Gucci, François-Henri Pinault.

A family live in a magical Villa in Columbia where each of the family members are imbued with magical powers except for Mirabel our protagonist, but when the Villas Magic starts to corrupt and Break the house apart, Mirabel must go on a quest to find out whats happening to her family and find out that the real magic is inside yourself. A sure to be hit film from Disney once again that children and parents alike will love for years to come.

When a young girl is given a puppy by a magical animal rescuer her love for the small red puppy causes the dog to grow to ten foot tall, living in New York with her zany uncle as the large Hound gets them into several wacky Dilemmas in this, based on the beloved Children’s Book series.

This month’s films are sure to have something for everyone as we slowly move into the Christmas season. Next months films will surely be more Christmassy in the month of seasonal movies. Whilst once again wishing for another Christmas classic that isn’t a remake. In December, we will see a Home Alone remake, A West Side Story remake, the 4th Matrix movie and one of the most anticipated comic book movies of all time in the new Spiderman: No Way Home, which includes a few familiar faces.