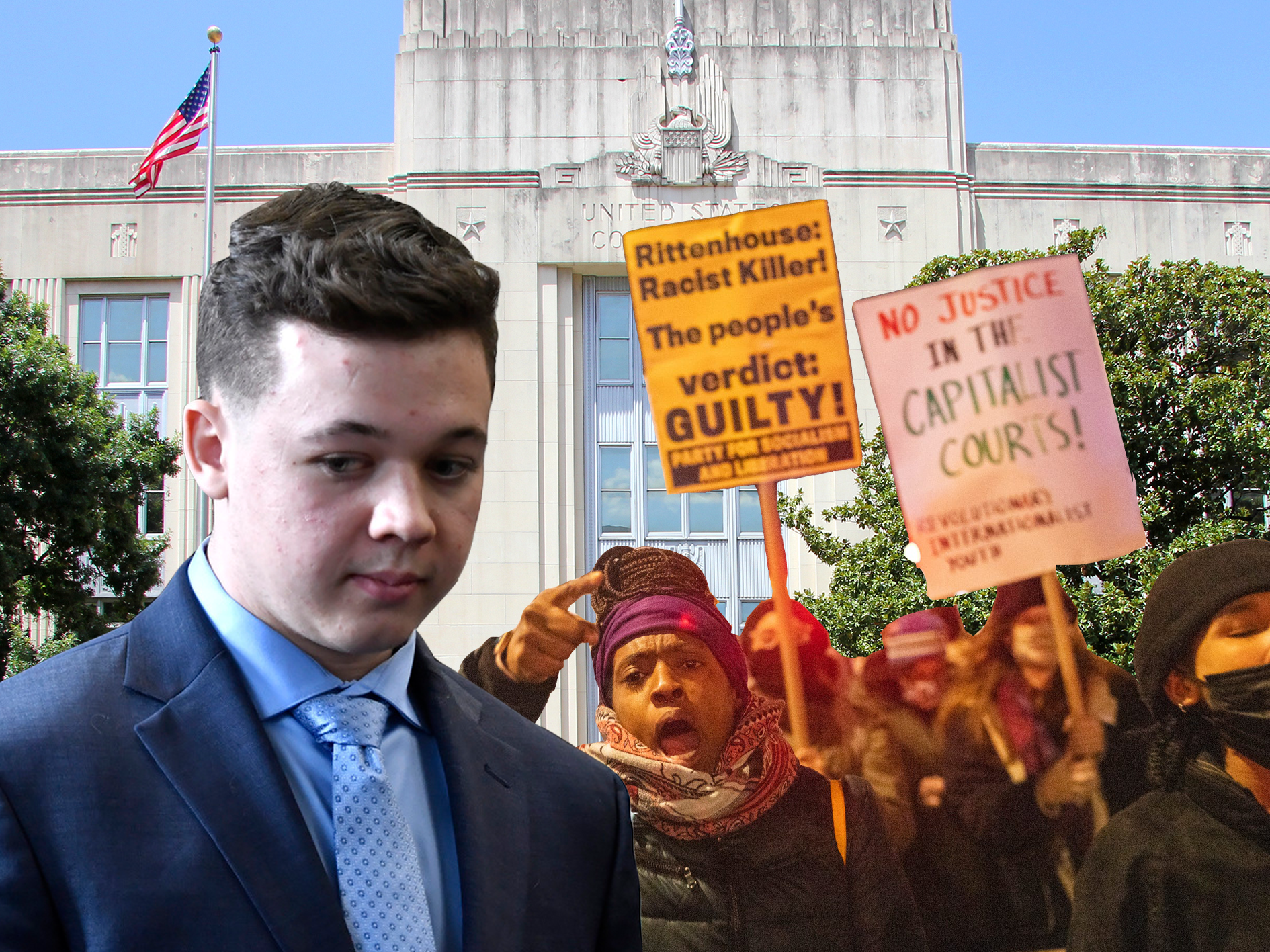 Racism, Randomness and the ‘Bad Optics’ of the Kyle Rittenhouse Trial

When the verdict was read stating that Derek Chauvin has been found guilty of the murder of George Floyd, the majority of America (and the rest of the world) let out a sigh of relief. The decision provided a glimpse of a criminal justice system in which race has no impact on outcome. A justice system where white privilege does not mean innocence. A justice system that is just.

That glimpse was however, all too brief.

As the bizarre events of the Kyle Rittenhouse trial unfolded, the tension and scepticism – that has always existed for people of colour when it comes to the criminal justice system – crept back in to the wider population of America just as it had when the Chauvin Trial began back in March.

For those unfamiliar with the Kyle Rittenhouse case, Rittenhouse was aged just 17 when he travelled across state lines from Illinois to Minnesota with a semiautomatic rifle. The trip, Rittenhouse claims, was to “protect a local car dealership from being vandalised by protestors.” The protestors in question were Black Lives Matter protestors who were demonstrating against the police shooting of Jacob Blake, a local black man who was left paralysed by the incident.

Whatever the reason for Rittenhouse’s escapade, the result was the deaths of two men and wounding of another by Rittenhouse who argued to the court that the shootings were an act of “self-defence.”

Rittenhouse’s trial began on Monday 1st November where he stood accused of two counts of homicide, one count of attempted homicide, and two counts of “recklessly endangering safety for firing his weapon near others.”

What began was one of the most peculiar trials seen in recent times which provided a stark reminder of the extent of the issues present in America’s criminal justice system.

The source of most of the contentious issues of the trial was the one person who should be responsible for preventing any issues that might call the trial into question – the judge. Judge Bruce Schroeder was heavily criticised throughout the entire course of the trial and it’s not exactly a surprise. Before the trial had even begun, Schroeder decided that the three men shot by Rittenhouse could not “be called “victims” during the trial.”

Things only went downhill from there as Judge Schroeder shouted at the prosecution for ‘bad faith’ during the cross-examination of Rittenhouse (who wept violently upon taking the stand, much to the suspicion of others).

Then there was the ‘pinch to zoom’ debacle where Schroeder was confused as to how the technology worked in relation to a video on an iPad of Rittenhouse shooting one of the victims. When it was explained to him that ‘pinch to zoom’ worked similarly to a magnifying glass, the judge simply said “I don’t believe that.”

There was also racial controversy involving Judge Schroeder who made a crude during the trial: “I hope the Asian food isn’t coming…isn’t on one of those boats in Long Beach Harbor.” In a trial already so packed full of tension surrounding race, the comment was not warmly received. These tensions escalated when Schroeder referred to a juror in one of his previous cases as The comment came during a ramble from the Judge (a theme present throughout the trial) in defending his unusual decision to have Rittenhouse himself select his jurors through a raffle.

In a scene that resembled your local church fair, Kyle Rittenhouse pulled names from a tombola machine to decide which six of the eighteen jurors would serve as alternates instead of participating in deliberations on his own fate. This method, Schroeder claimed, was to prevent the afore mentioned case of his where the only black juror was eliminated at random from the trial of a black defendant. Ironically, Schroeder claimed this method was to prevent any of those sort of “bad optics” however, in doing so, it contributed to the already perplexing optics coming from the courtroom in Kenosha, Wisconsin.

To make matters worse, Judge Schroeder said of the raffle: “I think people feel better when they have control.” One wonders how much control a defendant should have over their own trial. Is it not Judge Schroeder himself who should be the one in control? As it is, many felt the image of Rittenhouse stood watching footage, in rather close proximity to Judge Schroeder, was a good indicator of just how comfortable and ‘in control’ of this trial Rittenhouse feels.

There were also more generally confusing moments from the trial including the repeated ringing of Judge Schroeder’s phone – the ringtone of which was “God Bless the USA.” This was a point of controversy not only for its lack of professionalism but also because the song was used as the opening theme at every rally of former President Donald Trump. Any indication of politics, no matter how small, in such a high-profile trial is going to be controversial, but it is definitely not good ‘optics’ when the political debate is caused by the person whose job it is to ensure impartiality.

Now throughout such a lengthy and demanding trial, it is important to have breaks to ensure everyone is at the top of their mental game and focused. Many felt however, that the unusual mood of the entire trial was best summed up by a photograph of Judge Schroeder spending his breaktime perusing through a cookie catalogue.

Moving briefly away from Judge Schroeder, the final arguments of the trial also featured some equally odd moments such as the prosecution using a meme-like image featuring Patrick Swayze and Marshall Teague from the 1989 film Road House. The aim was to represent the fact that Rittenhouse “brought a gun to a fistfight,” though if the confused reactions on Twitter are anything to go by, it was not all that effective.

The final days of the trial though were just as unhinged and full of controversy as it had ever been. On the second day of jury deliberations, Judge Schroeder left the court room singing ‘Autumn Leaves’ by Frank Sinatra, whilst on the third, MSNBC were banned from the courthouse by the judge after they were accused of following the jurors in their bus and attempting to take their photographs.

The whole Rittenhouse/Schroeder affair has proved to be an unfortunate microcosm of the wretched state of the U.S. Criminal Justice System and its urgent need of reform. The question is: will America take note? Or will it instead carry on humming along to Frank Sinatra, fumbling through cookie magazines, all the while its head remaining firmly buried in the sand, and its Justice System remaining firmly buried in racial controversy?

In the end, Kyle Rittenhouse was found not guilty on all charges. The verdict was instantly divisive with many deeming it the ultimate example of white privilege, whilst others claimed it as a victory for gun rights in the country. Given the events of the trial many were disappointed with the outcome, but sadly not at all surprised. In the eyes of many, the wait for a just America goes on.