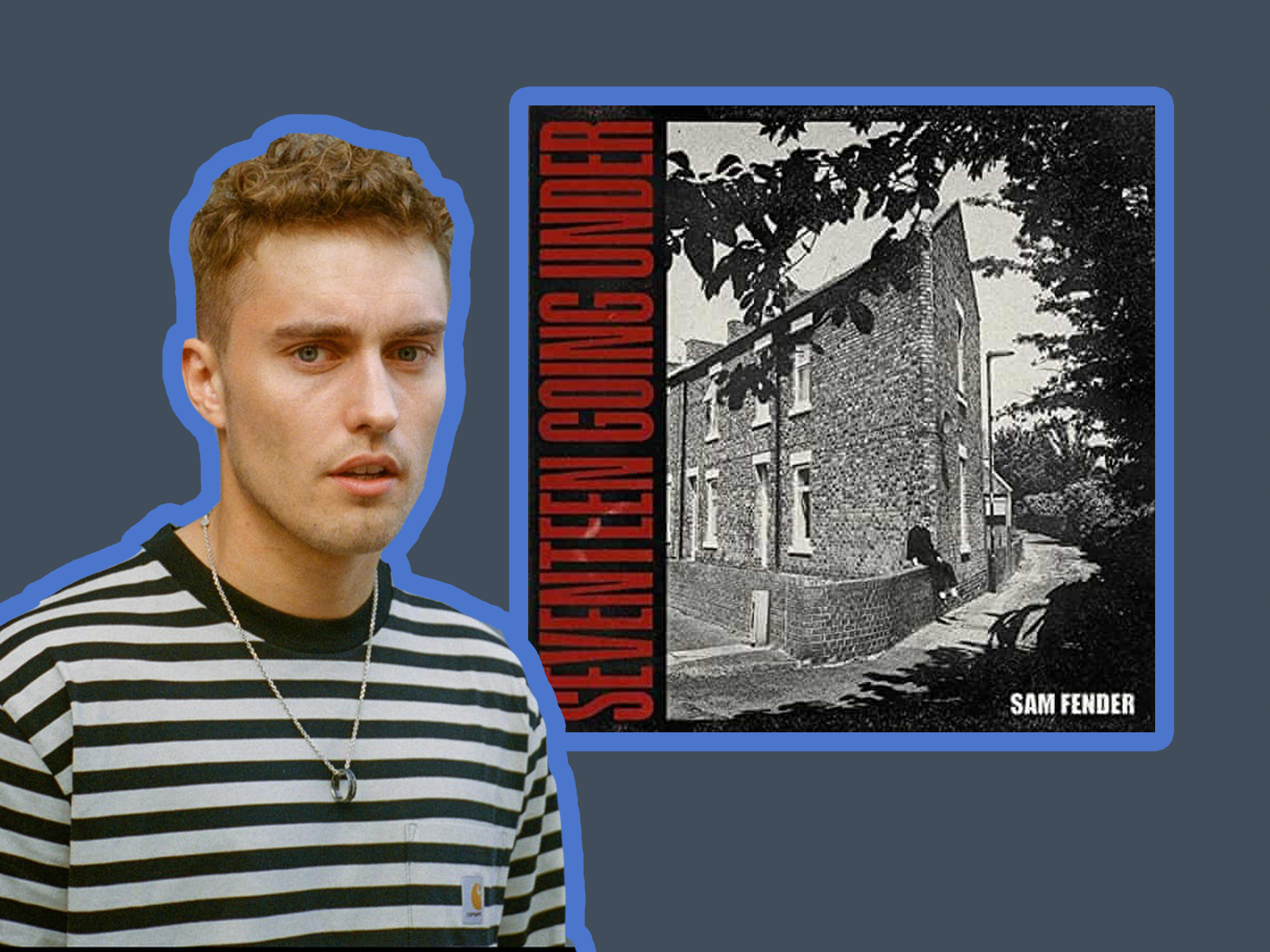 From ‘Seventeen Going Under’ to Music Success

From growing up in a small town near Newcastle to touring two No 1 Albums, Sam Fender is rapidly taking over the industry with his alternative indie rock music. His latest album Seventeen Going Under was released on October 8th and has since reached No 1 in the Official UK Charts. An extremely well-deserved achievement for the artist. Fender’s music seems to be an expression of his dismay towards the current climate of politics, society, and general ruling systems in our country. With the majority of his songs covering serious contemporary issues such as male suicide, poverty, and the ever so rife political divide between the left and the right in England. Each of his songs are a statement of today’s declining society.

Coming from a working-class background, Sam Fender’s music is very much a real representation of what it is like to grow up in a country where the poor come second to the rich. He writes music about his own personal experiences growing up during a time when his family had little to no money in a town where “they built a city on getting pissed and punching each other”. On several occasions, he has expressed his dismay towards the UK government and their attitude towards the country’s working-class people. In an interview for The Guardian, he discussed his disappointment over the left “abandoning the working class” and expressed the fact that he “hates the Tories with a passion”. Fender was raised to hate the right, because their values and belief systems completely went against his family’s ideals of taxing the rich and feeding the poor.
Several of his songs tell us of his political affiliations, for example in his song ‘White Privilege’ from his first album Hypersonic Missiles, he quotes the lyrics “Don’t want to hear about Brexit, the old c**** fucked up our exit, My generation was duped, the youth were left out the loop, Lies on both sides of the fence left me completely bereft”. These lyrics portray his anger towards the government, feeling abandoned by both sides, even the side that once cared for its people more than arguing with their right-wing opposition. I think it is important for young people in the music industry to be truly open about issues such as this one, to not be ashamed to admit their political views, as this will have a big influence on their targeted audience, which in Sam Fenders case is a younger people majority.

Although his first album Hypersonic Missiles was successful in covering serious issues, I personally believe that his new album Seventeen Going Under has topped this. With two songs in particular that convey a very raw portrayal of his struggles growing up in a working-class background: ‘Seventeen Going Under’ and ‘Spit of You’.

The casting of Stephen Graham as Fender’s dad in his video for ‘Spit of You’ worked towards this idea of the typical working-class dad. As a well-known working-class actor from Liverpool, more specifically a northern actor, Graham seemed to be a perfect fit for the role. This song is an artistic expression of his frustration towards his father for not being able to open up to him emotionally. Something that is rife amongst the working class is the idea that men are unable to express any emotion without being seen as emotionally vulnerable or ‘weak’. This attitude towards showing emotions is something that is explored throughout Sam Fender’s music quite often, specifically in his songs ‘Dead Boys’ and ‘Dying Light’, both of which put focus on the issue of male suicide in the Northeast of England, where the suicide rate is the highest in the UK. According to the Office of National Statistics, in 2018, in the Northeast alone, 12.5 deaths per 100,000 were due to male suicide. Fender, having personally lost friends to suicide, aims to end the stigma that men cannot talk about their feelings.

Fender’s first single from his second album Seventeen Going Under is an important piece of music. The song tells us more about his life in North Shields and his family’s struggles with money, giving us an insight into what life was like for him before he shot to fame. One verse in particular that stood out to me the first time I listened to the song is “She said the debt, the debt, the debt, So I thought about shifting gear, “And how she wept and wept and wept, Luck came and died ’round here, I see my mother, The DWP see a number, she cries on the floor encumbered”. This extremely raw and realistic verse was written about his mother, a nurse who struggles from Fibromyalgia. Due to her disability, working became a struggle for his mum, yet this was ignored by the Government. She was seen as merely another number in the system rather than a human being who had a family to feed and a life to live. The fact that he openly admitted to the extents that he would have gone to take care of his mother proves the kind of person he is. In an interview, he once admitted that the only reason he wanted the fame and the success was so that he could take care of his family, and to give back for the life that they gave him growing up.

As somebody who grew up working-class, I feel as though I can easily relate to Sam Fenders music. It is nice to be able to listen to an artist who has gone through the same trials and tribulations as everyone else. He is not ashamed of his working-class roots, his identity is Sam Fender, the singer from North Shields, who writes music about the struggles of his past and present. His target audience, mostly working-class youth, can understand these struggles. Although he has not yet hit the mainstream at large, the fame and success that he does have is extremely well deserved, his immeasurable talent and his humble personality work together to produce music that feels almost nostalgic.