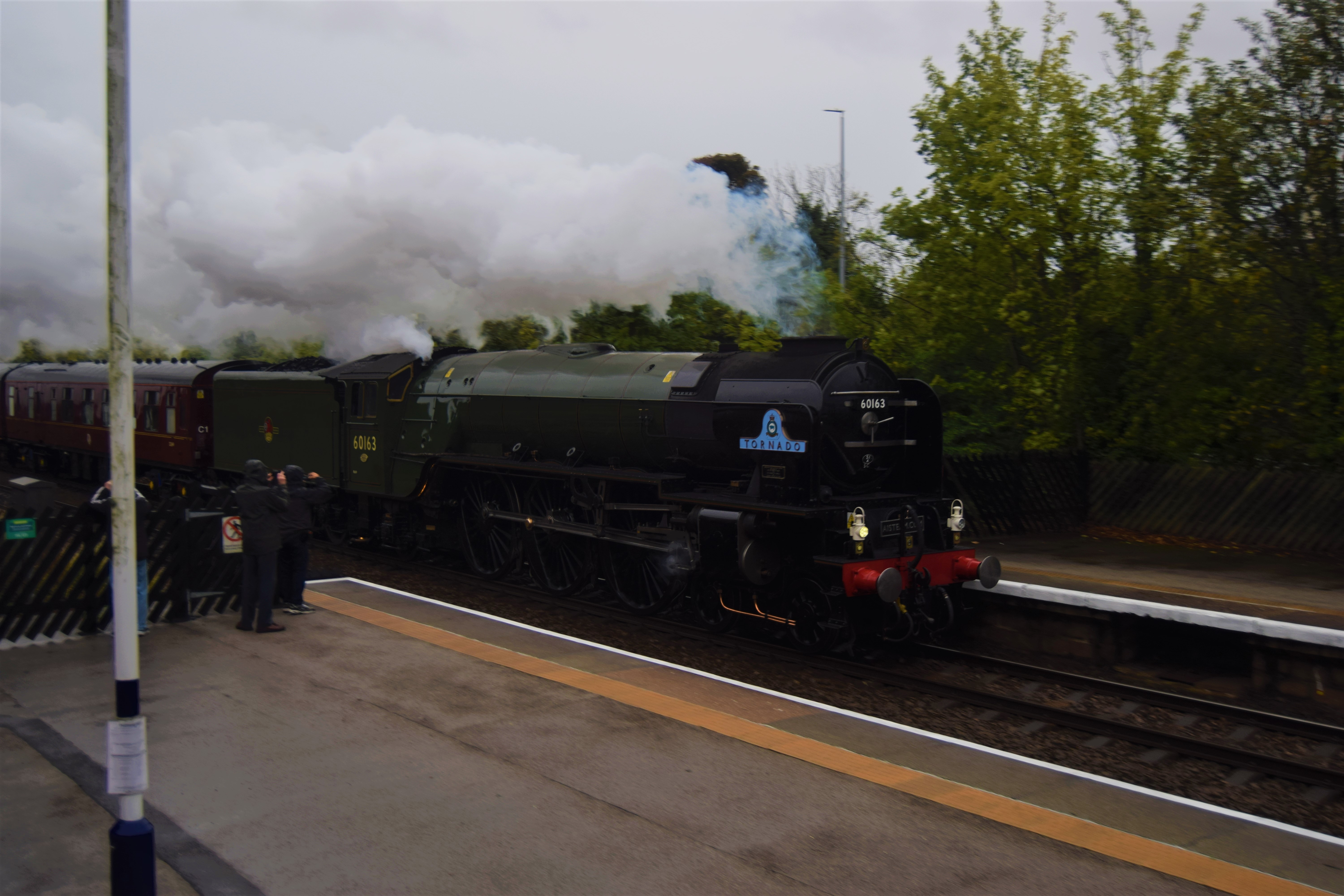 On Thursday 30th September, a substantial crowd of curious onlookers descended on to the platforms of Hull’s historic Paragon Station to witness a very special arrival. Photographers gathered on bridges, tightly huddled. Children waited excitedly along the railway lines, and there were plenty of older people too, perhaps reminiscing the days of their youth.

This was an extraordinary sight, as the trains that amble in and out of Hull usually do not draw so much attention. For years, the city was served by unreliable and old-fashioned “Pacer” trains that were widely seen as a symbol of the government’s failure to invest in the north. Things have improved somewhat, and today brand-new, Japanese-designed Hitachi “bullet trains” can be seen regularly. Whilst significantly slower than their famous Japanese counterparts, they are innovative in that they can operate on both electrical and diesel power.

However, the train (or rather, locomotive) that onlookers were gathered to see on a rainy Thursday morning was from an entirely different generation in spirit, if not in reality. 60163 Tornado is an icon of British engineering with an incredible story behind it. It has appeared in films including Paddington and Peter Rabbit; it was driven by Jeremy Clarkson in a memorable segment for the BBC’s Top Gear, and it was pushed to 100mph for a news segment- no mean feat for a steam locomotive built on Victorian engineering principles.

But Tornado is not as old as its appearance suggests. It was in fact assembled in a workshop in Darlington by volunteers, over the course of fifteen years before finally being finished in 2009. The reason so many people devoted their time and money to completing Tornado has a curious connection to our city, so it is fitting that the locomotive has finally visited Hull. Tornado belongs to a class of steam engines designed for the London and North Eastern Railway after the war. Forty-nine “A1” class locomotives were built in the late 1940s, and the final survivor was 60145 Saint Mungo. When British Rail decided to retire all of their steam locomotives en-masse, Saint Mungo was sent to Draper’s yard in Hull to be scrapped. An attempt to preserve 60145 as the last of its kind was sadly unsuccessful, thus providing the motivation to build a new A1 for younger generations to enjoy.

Cynical onlookers may question the logic of building a locomotive powered by coal in the more environmentally conscious twenty-first century. Some may even accuse the enthusiastic builders of wasting their money on an esoteric and environmentally irresponsible passion project. However, the spectacle of a steam engine passing by at high speed is something completely unique, and I for one feel lucky to be able to witness it. The heritage railway industry contributes just 0.023% of the UK’s carbon emissions, and will remain exempt from upcoming anti-pollution legislation; news that hard-working volunteers across the country will undoubtedly be delighted and relieved to hear. The team that built Tornado have already started work on their next project, a new example of the even bigger “P2” locomotives.