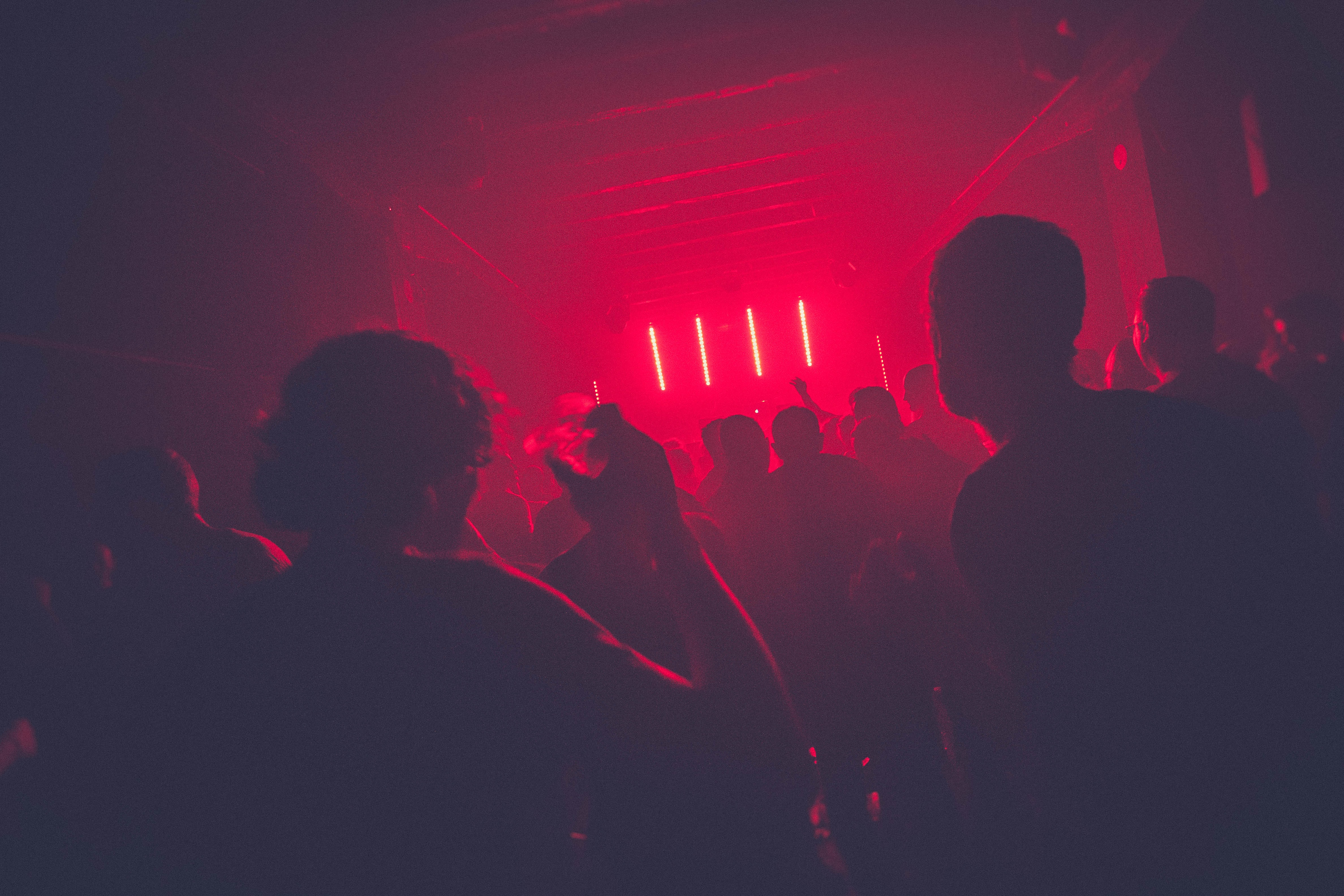 In response to your Spiders Nightclub article

With regard to our original post, about the terminology, Drink Spiking

We did try and explain this in a follow up post but we still continued to receive further abusive and offensive comments, including many blatant lies about the club and our staff, mainly from people who have never even been to the club or are banned from the club.

It therefore seemed pointless for us to comment further on the subject.

Before we respond to your article, you should know that we have never in the past 40 years ever described our club as legendary, other people have done that, not us and as far as Hull goes, the term legendary gets thrown about like confetti in a 70mph gale.

You should also know that Spiders Nightclub is a membership club.

The majority of our Saturday night customers are club members and their faces well known to our long serving, friendly, S.I.A. Security door staff, who are officially employed by us, as are all other staff, on our company HMRC registered, PAYE scheme and not paid “Cash in Hand”, a common practice in Hull, which is obviously, as you will know, illegal.

We hope you read the following points made by us without bias, as your article appears to be taking the side of the 750 who have made negative comments, as you put it, expressing disgust with how we have treated the situation.

Would you agree, that this sounds like we are the victim, and those commenting are the abusers?

Our side, on how we treated the situation.

For many decades now, “Drink Spiking” was known, by having your drink laced with a clear spirit without you knowing, this practice often occurred at Works Parties, Stag Parties, Hen Parties, etc, by people in the group thinking it was funny, Ha Ha, to see someone make a fool of themselves during the festivities. (Not funny at all) The use of the word “idiots”, refers to those who carry out the above act and not those who add dangerous illegal drugs to drinks.

( I’m sorry if that was misleading )

This is why we sent a message to all our staff telling them to refuse the sale of single/double clear spirits unless a mixer was added at the bar, or in the case of tequila, etc, that it was drunk at the bar.

What we have now, is the same terminology (Drink Spiking) being used when a dangerous illegal drug is added to a drink, this terminology has now got to be changed, that is why we used the phrase (So called)

Another terminology that much better describes the seriousness of adding illegal drugs to someone’s drink should be something that emphasises how grave the consequences of this act could be,

‘Indiscriminate Poisoning’, fits the bill, because that’s exactly what it is.

A terminology as strong as this would definitely minimise the number of incidents by impressing the seriousness of the crime on those that carry out this evil and despicable act.

Should anybody die by having illegal drugs added to their drink, the charge would be ‘involuntary manslaughter’ and the sentence must reflect this.

We hope that fully explains our feelings on the subject.

As for other points made in your article.

Some important facts about Spiders Club which you have omitted.

We run a tight door policy, and due to us being a members club, we have more control on who and who is not is admitted.

Random bag searches are carried out, especially on large bags, owners are told to put their bag in the cloakroom, which is free for all customers.

One of the most dangerous weapons to be found in most pubs or clubs, is a glass bottle, which can be purchased once inside the premises.

Pocket and bag searches can only be carried out with the permission of the customer and they would definitely not allow this search if they were carrying something suspicious in their pockets or bag, they would conceal it elsewhere.

Pat down searches can only be carried out with the permission of the customer and by a person of the same gender, a pat down search on either gender would not be thorough enough to reveal concealed drugs. A more thorough body search, requires a private room and a same gender witness.

We are not being uncaring in this, we want all females and males who visit the club to know they can report any problem they have to any of our 21 bar staff members, the alarm button will be pressed and SIA security staff will respond, all they have to say is, Help Me. All our staff are aware of this procedure and know also to press the alarm button if anyone at their bar is acting, confused or distraught.

We have 6 alarm buttons located around the club, mostly behind the bars.

When you say all we can do to protect our patrons is CCTV, you failed to mention the £1000 plus we spend a night on our registered security staff payroll, was this an oversight on your part, or didn’t you realise just how many security staff we employ? That’s why the club is renowned  for being safe, we know that visible, approachable security staff, is far better at keeping the club safe than informative signs displayed in a clubs foyer.

The article states that we refused to open in June, when the Government gave us the green light to re-open, that bit is true. Due to our ongoing concerns over the risk of Covid, we decided to wait until the double vaccination rate had reached 80% which it nearly did in October, in June it was only 55% which we considered too low to be safe. You do not mention in your article that we also took the decision to close the club 3 weeks before the Government decided to tell all pubs and clubs in the country to close their doors, a little late, wouldn’t you say but the independent inquiry, due in 2022 will reveal the full analysis. We closed early in the hope of saving lives.

For information only, closing the club, at the end of February 2020, to protect our customers and staff, actually cost the club over £8000 in profits, this when some clubs during this period were advertising that drinking vodka kills the Coronavirus.

You couldn’t make it up.

We have never been into victim blaming, or ever will, how that comes about, when asking our customers to help themselves and others by working together with us, just doesn’t make sense but reading it in such a way, as if we have said, you are on your own, would, but we didn’t say that and in our club nobody is alone. We hate the thought that anyone in our club would even consider adding illegal drugs to drinks and all our staff are fully aware of our concerns and condemnation on this subject. If anyone is caught adding any substance to a drink, we will do all in our power to bring this person to justice and this may include using footage from our CCTV cameras.

Many people still keep asking about drink covers and bottle plugs etc, this would be a very difficult thing for us to do and has nothing whatsoever to do with the cost, it has to do with the number of drinks we serve, in one night we can get through more than 2500 plastic cups of different sizes, it would be a nightmare for our bar staff and most likely prove unworkable. As for bottle plugs, surely that is something you could carry in your pocket or small bag, so bring your own, they only cost a few pence and think of the trouble you would be saving our bar staff.

If these bottle plugs were thrown on to the floor willy nilly after use, imagine the dangers caused to customers, they could easily trip or cockle over causing themselves harm.

( this would be defined as a trip hazard, and we can be held responsible for any injuries caused)

There is only one way to help end the repulsive act of someone adding a substance to a drink and that is by getting all staff and customers to work as a team and report any suspicious activity immediately to the security staff of the venue, the perpetrator may then hopefully get caught red handed and then held at the venue until the Police arrive (which we have done in the past), the Police also have the authority to carry out a full body search (without permission) at their station. Hopefully, this diabolical, criminal act, will eventually be beaten.

Some of the comments stated that we have left girls in a drunken heap outside the club, when we were going home, anyone that knows us will know this is a blatant and despicable lie, we have never done this, in fact on many occasions we have gone out of our way and taken people in distress home ourselves, ensuring their safety, or waited with them and paid a trusted taxi driver extra money to take them home, so lies like this really hurt and those making them should be ashamed.

As for us being called a non caring club and refuse to spend extra money on cup covers and bottle plugs, this subject has been answered above but do these people who make these absurd comments not realise that over the years, we, as a club, have donated thousands of pounds to charities and given away tens of thousands of pounds in prizes to our customers, this is a fact and not something you would expect a non caring club to do.

The comments we made about drinks, refers to the Drinkaware Campaign, which is freely available to all. It is there to help people, especially the young, understand the dangers of excessive drinking.

We were in two minds whether to open the club again in October, we didn’t need the money, the club has well paid for itself over the past forty years, but a decision had to be made and as the double vaccination rate had nearly reached 80%, and taking into account the feelings of our loyal staff and customer base, we decided the right thing to do was to re-open, so, we appointed a new manager to work along side Keri, employed extra staff, and that was that.

We appreciate that since June, some pubs and clubs will have seen an increase in customer numbers due to Spiders being closed, and will not be happy that our club is now open again, maybe that’s another reason for so many negative comments, but negative comments are not something new, it has been going on for years now, by individuals, who for one reason or another keep trying to destroy the long standing reputation of the club, which for 40 plus years has provided the young people of Hull, with a club, where they feel safe, plays the music they love and has always served drinks at affordable, realistic prices (including quality brands) and does not charge them an exorbitant admission fee.

We have been looking after our Members and Guests now for 40 years, during this time period many clubs have opened and closed, but we still have customers who have been coming to the club for 10/20/30 plus years and come back week after week, maybe you should consider contacting some of them and print some of their views on the club, as well as all the negative comments you have mentioned.

As for the vendetta against the club, maybe it continues because Spiders Club is a success story,

we really don’t know, but we could make an educated guess.