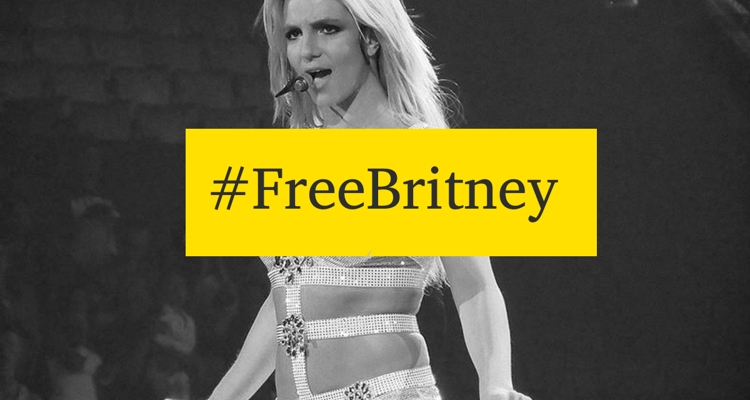 Pop star Britney Spears is finally free! After 13 years of control and manipulations by her family under a conservatorship ran by her father Jamie Spears, Britney is free. During those years the singer had no control over her own life, this included her finances, estate and even her children who she was forced to see during scheduled visits. She also wasn’t allowed to get married and was forced to stay on her birth control throughout her time under her father’s control. I cannot even begin to imagine what it was like for Spears having no control over her own for so long. Although it is a time for celebration that her conservatorship it over, it has been a far from easy journey for the pop singer.

Spears’ life has evidently not been easy. She was constantly harassed by paparazzi; her mother wrote an unauthorised tell all book that exposed private information about the singer’s life, and she was supposedly suffering with an undiagnosed bipolar disorder. All whilst also having her whole life wrongfully controlled by her father.

Her declining mental state became increasingly evident in 2007 when she divorced her husband, Kevin Federline. The divorce resulted in a tricky custody battle over their two children, leading to a clear impact on her mental health. In February 2007, the well-known paparazzi photos of Spear’s shaving off her hair became public knowledge around the world. This act of rebellion came after her ex-husband would not allow her to see their children. Later in the year, she was photographed attacking a paparazzo’s car with an umbrella as she pled for privacy, which also made the new worldwide.

In early 2008, she was taken by an ambulance into a 3 day hold at UCLA Medical Centre in which she was labelled ‘Gravely Disabled’. This is when her father, Jamie Spears appealed to take control of her financial affairs due to her declining mental state. Spear’s lawyer Samuel D Ingham III spoke out and said that “the singer is afraid of her father, and doesn’t want him to control her finances”, if this doesn’t prove that she was being controlled against her will, I don’t know what will. Jamie Spear’s legal team, however, gave a statement saying that “Jamie has worked hard to restore Britney to good health, reunite her with her children and revive her career”. Personally, I think this is pretty hard to believe, he had control over every aspect of her life, why would anybody agree to this?

Spears conservatorship began to resurface earlier this year after the release of The New York Times Investigative documentary ‘Framing Britney Spears’ on the 5th February. The feature length documentary explored Spears’ conservatorship in depth, whilst also following the #FreeBritney movement; a campaign ran by fans who were convinced that her life and career were being controlled without her permission, which wasn’t as farfetched as it seemed in retrospect.

Now, Britney Spears is free to live her life in the way she wants. After 13 years of not being able to take control of her life, this is a win for the pop star.