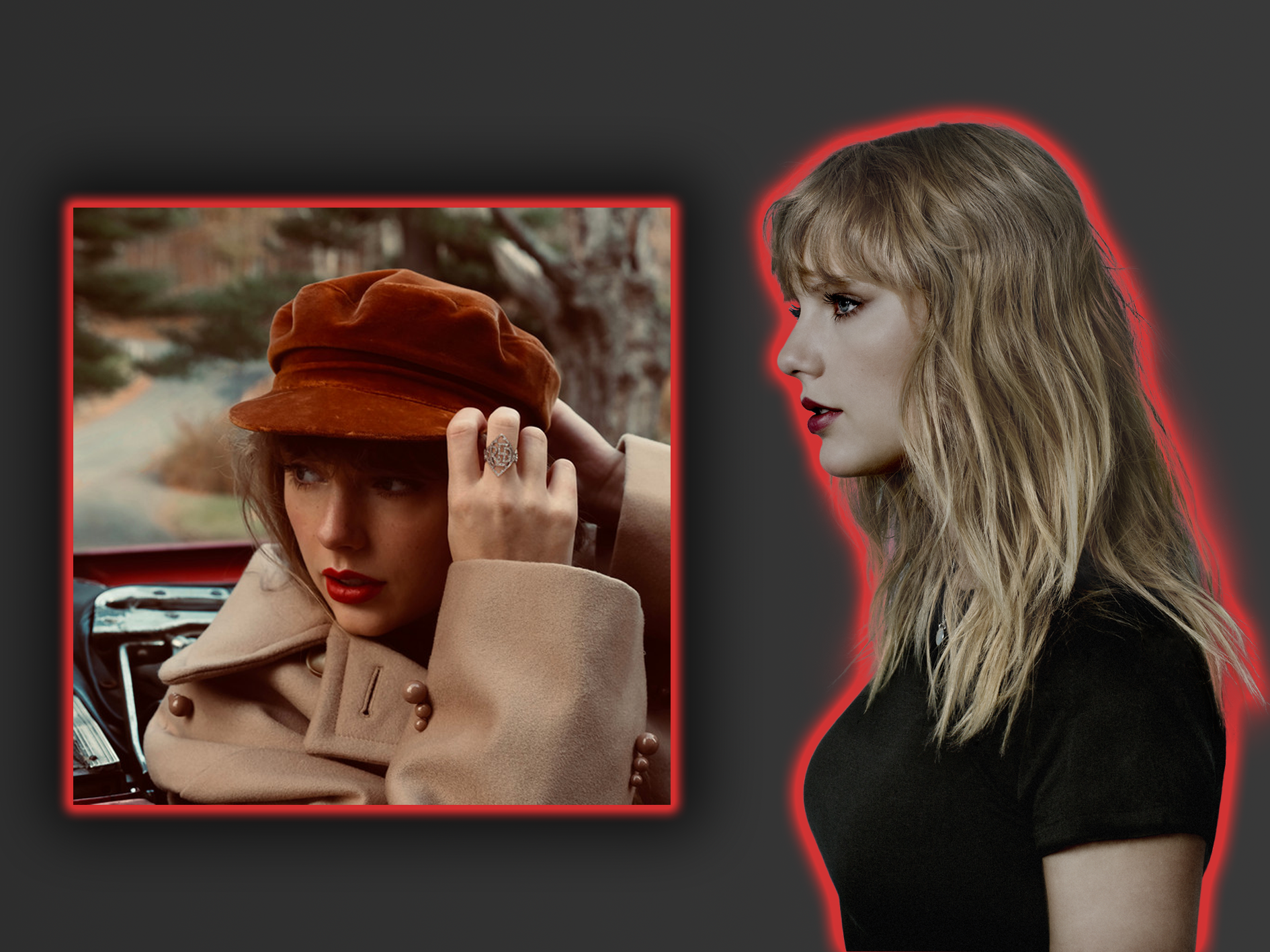 2012 was teeming with some of the biggest cultural events of the 2010s, from Queen Elizabeth’s II Diamond Jubilee, Barack Obama’s re-election and London’s hosting of the Olympic Games. However, in music that year was dominated with catchy hooks about turning 22, Never Ever Getting Back Together with an indie boy and a viral video with a goat screaming about “lying on the cold, hard ground.”

Taylor Swift’s fourth studio album, Red, has since become one of the most critically acclaimed albums of the last decade. It was the first instance of Swift incorporating new producers, such as veteran pop-hit creators Max Martin and Shellback, into her work. In turn it marked a turning point in Swift’s discography which had, up until this point, had been based within the confines of country music. Swift herself has commented that the album served as her “breakup album” – its playfulness in merging pop and country elements reflecting the complicated and multifaceted feelings losing a lover has.

The legacy of Red has remained within the public consciousness even today but has seen a partial rebirth in lieu of Swift’s “(Taylor’s Version)” project. In 2019, following the acquisition and eventual selling of her master recordings, Swift announced her intention to re-record her entire back catalogue to have complete ownership of her music. Red (Taylor’s Version) is the second re-recording, following Fearless (Taylor’s Version) in early 2021.

Fundamentally the principal purpose of Red (Taylor’s Version) is to recreate the original recordings of Red as opposed to rewriting them. Yet, in rather extraordinary fashion, Swift has been able to not only mimic the infectious nature of her previous hits but improve on an already-flawless production. Songs sound more defined than ever before, with newly-added layers to instrumentals making listening with headphones an even more enjoyable experience. In particular the album’s opener, State Of Grace, feels more refined owing to the attention to detail in the distortion of the guitar and bass line – and for many songs in the first half of the album this rings true. However one track, Girl At Home, has seen a noticeable uplift in its instrumentation trading its country roots for the synths found in Swift’s later work. On the other hand it is hard to notice a specific difference with Swift’s vocals – until you hit the record’s deep cuts – with songs such as The Last Time and fan-favourite All Too Well both benefitting from a mature tone in Swift’s voice as a result of a further decade of performing and production.
For fans of Swift’s prior work, the re-recording offers a total of eight new tracks that were previously unreleased in the original Red. The songs, dubbed as From The Vault tracks, were initially cut to make the record akin to the length of typical music releases. However, despite being new additions, songs like Better Man, Babe and Forever Winter fit perfectly into the album’s “fractured mosaic of feelings” realised through Swift’s shrewd lyricism that she has become well-known for – the latter track providing a personal favourite in “if I was standing there in your apartment, I’d take that bomb in your head and disarm it.” The Very Last Night and Message in a Bottle are The Vault’s equivalent of the album’s most upbeat singles, such as 22 and We Are Never Ever Getting Back Together, with memorable choruses that stay fresh in the mind.
Perhaps the greatest advantage of The Vault is the new possibilities provided through features. For the first time Swift collaborates with rising indie star Phoebe Bridgers on Nothing New and reunites with Ed Sheeran on Run. However I Bet You Think About Me, the newest single with Chris Stapleton, is of note. Swift described the song as “comedic, tongue-in-cheek, funny” – the moment of heartbreak capturing when you “don’t care about anything.” The sleek contrast between Swift’s sarcastic tone about a wealthy, out of touch ex-boyfriend with Stapleton’s heartfelt harmonies makes for one of the most entertaining listens on the entire record – even more so following its accompanying music video depicting Swift as an out-of-control ex-girlfriend destroying a wedding.
However, for the superfan, Red (Taylor’s Version) offers its most anticipated song: the All Too Well (10 Minute Version). The rendition of All Too Well is the full-length version as intended when Swift first conceived it on tour in 2011 and is rumoured to be about her breakup with actor Jake Gyllenhaal. The song was praised initially for its storytelling prowess, and this is continued in the extended version, its lyrics providing a thorough account of the nature of her relationship with Gyllenhaal. The song’s story is fully recognised in tandem with Swift’s supplementary short movie of the same name, starring Sadie Sink and Dylan O’Brien.
Overall, Red (Taylor’s Version) is a triumph in what it sets out to do – its remastered instrumentals and genius songwriting that holds up even a decade later. Swift’s continued determination to reflect on pastimes through a retrospective lens has re-established Red as one of the most relatable and iconic records in her discography. As speculation stirs on the next entry in the (Taylor’s Version) project, one thing remains clear – Taylor Swift’s artistic vision is ever-evolving, yet equally timeless.