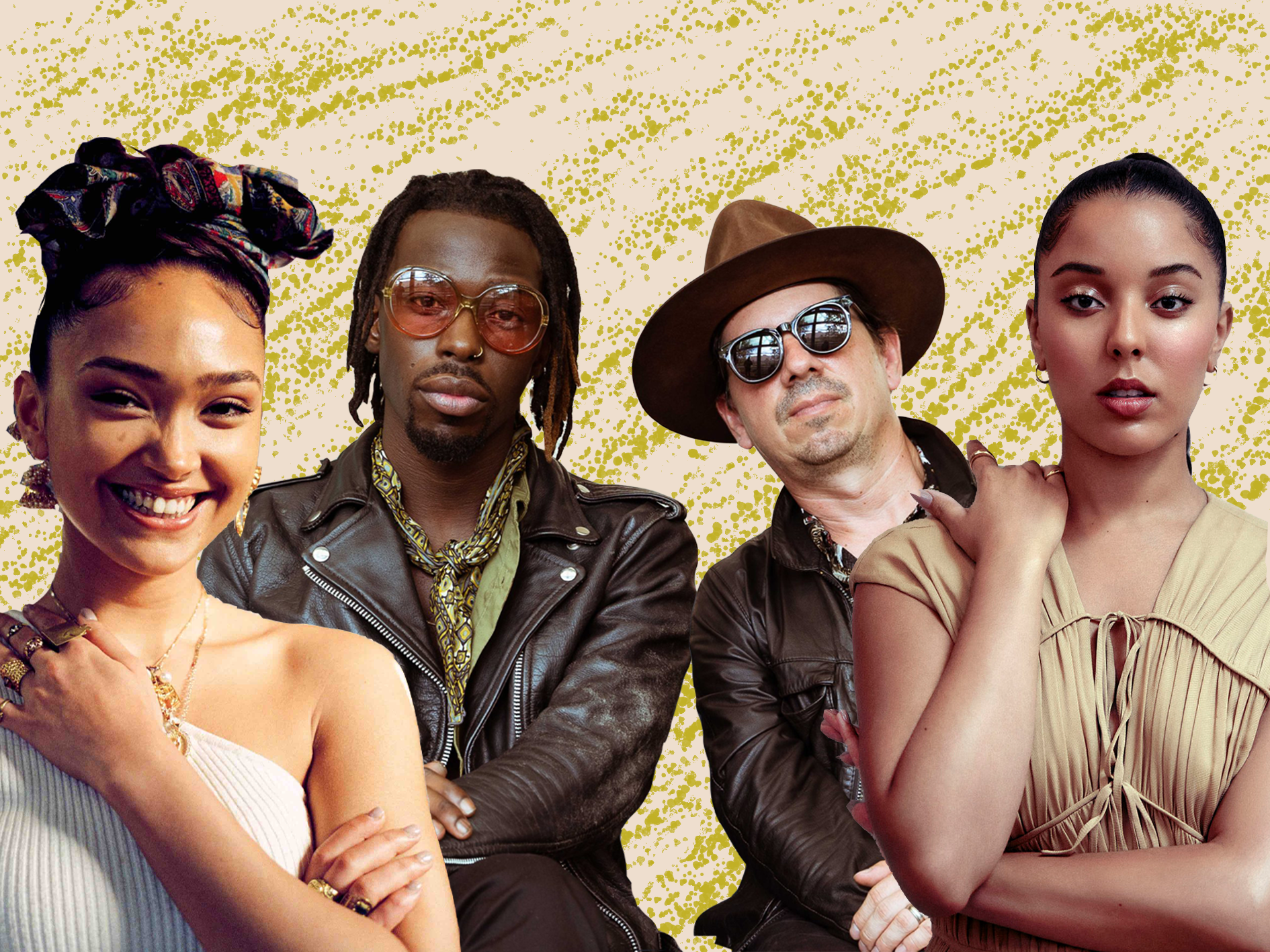 Six Artists You Should Be Listening To

There are so many artists out in the music ether that maybe don’t receive the same attention as most mainstream artists. In a competitive music industry that is constantly evolving in a world dominated by TikTok and social media, some of the best artists out there get lost in crowd, so here are a few for you to check out:

You will have probably heard of Joy Crookes as she begins to make waves in the UK music scene. She was nominated for the 2020 BRIT Rising Star Award, and her recent debut album Skin charted at No.5 on the UK charts. It received critical acclaim from music reviewers across the board, with many describing it as emotional and hopeful. The British singer’s style is often described as neo-soul, meaning she combines R&B elements with soul. She’s definitely on the rise, and you’ll be hearing her name everywhere soon enough.

Irish four-piece Inhaler is really making a name for themselves in the rock world at the moment. Frontrunner Elijah Hewson, son of U2’s Bono, unmistakeably has adopted a musical tone similar to his father, with a nostalgic yet fresh sound. The group comprises of Hewson on Vocals, Rob Keating on bass, Josh Jenkinson on guitar, and Ryan McMahon on drums, with the group meeting at school in Dublin. Their debut album It Won’t Always Be Like This was released earlier this year.

It almost seems criminal that Grace Carter isn’t in the UK music mainstream. The 24-year-old singer/songwriter from London has a whole host of talent, from her more emotional ballads such as Why Her No Me? To more upbeat songs like Fired Up, Carter has versatility and emotionality you can’t ignore. Her song writing skills are also something to mention, Carter often draws from the tribulations of growing up feeling abandoned by her father, whilst also grappling with love and generally growing up. Grace Carter is definitely one to add to your playlist.

Black Pumas are a duo from Austin, Texas. There sound is Psychedelic soul, and often lends from the sounds of Motown with a little country style mixed in, however there is no mistaking the soulful elements of Eric Burton voice the lead vocalist of the duo. Their success has mainly been in the US, and some countries within Europe but they are yet to really hit the UK . The duo received their first Grammy nomination in 2020 for Best New Artist and released their first self-titled debut album in 2019. They are definitely one to check out, especially their song Colours which perfectly captures who they are as artists.

Born in Trinidad and Tobago, Berwyn du Bois stages name BERWYN moved to east London at the age of 9. The rapper and singer, who’s sound interweaves R&B and Hip-Hop to create a sound comparable to Frank Ocean, is definitely on the rise after being featured on the BBC Sound of 2021 shortlist. His first album DEMOTAPE/VEGA, released in September of 2020, features soulful and raw tracks documenting his life story, from his mum’s time in jail to his struggles to survive the difficulties of the 21st century. His name is definitely one to watch.

Don’t let the name deceive you. Helen Ballentine stage name Skullcrusher is an American Indie-folk singer from New York, whose music could be described as the embodiment of floating. Her simplistic style creates for effortless sounding songs that could be the backdrop for a contemporary novel. The singer is yet to release a feature length album, but she has released two EPs in the last few years titles Skullcrusher (2020) and Storm in Summer (2021). Her style is comparable to Phoebe Bridgers, so watch out for Skullcrusher over the next few years as Indie-folk becomes more mainstream.