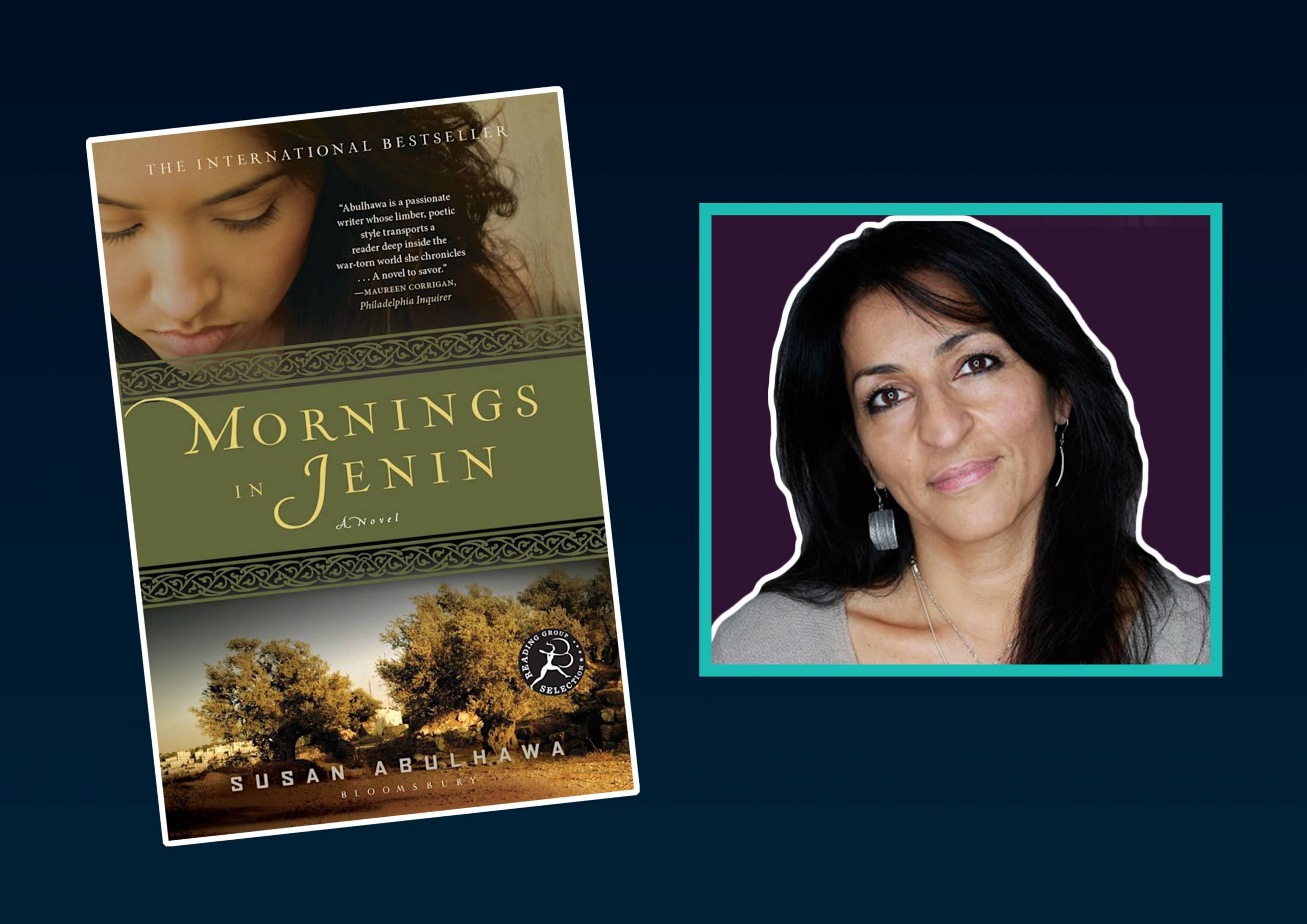 Mornings in Jenin by Susan Abulhawa: A Book Review

‘I could explain this, but it would break the glass cover of your heart, and there’s no fixing that.’ (Rumi, 1201).

Picture this: It is 1941 in the sleepy village of Ein Hod in North-West Palestine. Its people live on the land’s fertile offerings of sweet figs, age-old glistening olives and the harmonious dance between the wind’s flirtatious breeze and the sun’s open-mouthed kisses. In that magical hour of predawn, the moon casts a warm faint glow that illuminates the worn prayer mats of the villagers of Ein Hod, who are roused up for their morning prayers on this warm November, asking Allah to bless this year’s olive harvest and to thank him for their bountiful blessings. This is how Mornings in Jenin starts, following the lives of villagers Yehya and Basima – Abulheja family patriarch and matriarch – and their family, in a sepia-toned snapshot of an idyllic Palestine. That is, a Palestine prior to the Israeli occupation of 1948, otherwise known as the Nakba (disaster).

Using an eclectic mix of first and third person narratives, Mornings In Jenin spans the story of the Abulhejas across nearly six decades. Weaving the point of view between the great matriarchs and patriarchs of the family, all the way to the younger generations of the family, where the story finally concludes in 2002. Each character from the family voices the different yet never-ending ways by which the Palestinians have suffered and continue to suffer to this day. In using these different voices and a style of prose that is both poetic and unflinching, Abulhawa pushes the reader into asking questions fundamental to our humanness, bearing no cost to our ultimate discomfort. What is home? What does it mean to belong? And finally, her last question demands an urgent appeal to our aptitude for empathy: what responsibility do we have as individuals towards those less fortunate than ourselves?

In the very first chapters of the novel where the author paints an idyllic picture of a peaceful Palestine, she places great emphasis on the land and the sacred bond its inhabitants share with her, which is made through Yehya’s point of view. In Yehya’s eyes; the family patriarch and a born farmer, Palestine is the story. She is the place where life begins and ends. She gave him everything that he is, she taught him everything that he owns, she is everything that he has grown to become. So, when he and his entire village are expelled from their homes unto a refugee camp, and are barred to visit their homes, he poses this question to the reader: ‘How is it that a man could not walk onto his own property, visit the grave of his wife, eat the fruits of forty generation his ancestors’ toil without mortal consequence?’.

To Yehya’s beautiful Bedouin daughter in law, Dalia, Palestine is not so much the land, but the people. Her family and her beloved children. So when her youngest child at the time Ismael is kidnapped by an Israeli soldier Moshe, and gifted to his wife, it causes her mind to slowly unspool over the years. She is haunted by the repeated injustices suffered over the course of her life as a refugee. Abulhawa artfully navigates the psychological affect war-related trauma has on individuals, both Palestinians and Israelis, and uses the kidnapping of Ismael as metaphoric for the unjust and ironic usurping of Palestine. With Dalia’s heart wrenching cries ringing across Jerusalem “Ibni! Ibni! (My son! My son!), Moshe runs as he snatches little Ismael away from the arms of his mother forever. Presenting him to his wife, Jolanta (who is left barren after being repeatedly raped by SS officers in Nazi Germany) she declares him ‘David’. So, in an attempt to fix history, Moshe (Israel) repeats history’s shameful transgressions, only to swap its victim.

Out of all the narrators, it is the voice of Yehya’s youngest granddaughter Amal (meaning hopes in Arabic) that shines the strongest, and this can possibly be attributed to the mirroring of the author’s own life experiences, rooting Amal’s voice in authenticity. Through the lens of an insightful, resilient, and soft-hearted Arab immigrant, the reader navigates the themes of love, friendship, identity, family and displacement. Much like the author, Amal spends her childhood raised on the uprooted yet familiar patchwork quilt of a home that is a refugee camp. There are mundane yet special childhood moments, like forming a best friend and experiencing your first crush are overshadowed by the consistent threat of unprovoked violence. Also like the author, the protagonist is then moved to an all-girls boarding school, where she fulfils her Baba’s promise of excelling in her education: ‘The land and everything on it can be taken away, but no one can take away your knowledge and the degrees you earn’, allowing her the chance to move to America for a university scholarship. There, she struggles to upkeep her two selves: Arab Amal and her Islamic values, and American Amy and her desire to belong.

The suffering that the characters experience is so flourished in its cruelty that their pain pulsates and bleeds through every word and image that Abulhawa provokes, leaving the reader consistently overwhelmed, on the edge of hopelessness and despair. But through blending fiction with facts – i.e., news reports and documented casualties – and incorporating Jewish as well as Palestinian voices, the author evades victimhood and instead roots her story somewhere between fact and fiction, delivering a breath-taking story. It is not surprising that Abulhawa (human rights activist as well as published author), achieves international best seller for her debut novel (translated into 30 languages) allowing her to become the most celebrated author emerging from Palestinian literature. Mornings In Jenin is an honest ode to the land that is Palestine, an unforgettable tale rooted in its humanness, celebrating life, love, and human perseverance in the face of suffering.