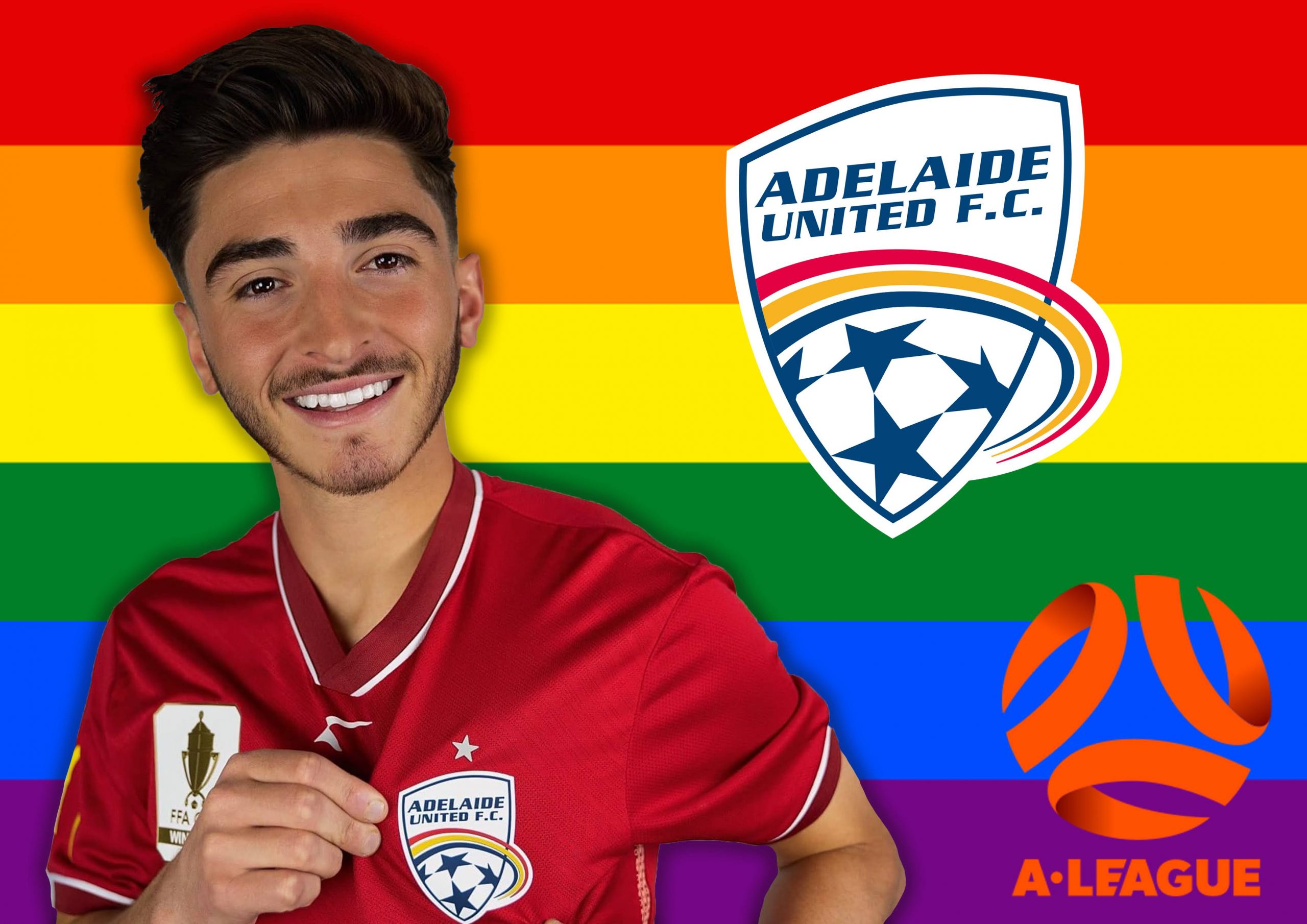 When Josh Cavallo made the decision to come out as gay this October, he became the ONLY openly gay top-tier footballer in the world. The 21-year-old Australian footballer who plays for Adelaide United bravely came out through a video he shared across social media, which then made its way across the world. Cavallo’s decision was not an easy one to make, especially in a sport that is often a toxic male orientated profession across the world. Football has always had a history of being less than accepting in many respects, whether this is fans or the governing bodies, the sport is one tied up in a complicated history when it has come to people being able to live their truth.

Over the years there have been footballers who have come out at LGBTQ+ however they often came out after retirement. For Josh Cavallo however, the stress of ‘living a lie’ everyday became too much, so he made the decision to speak up, and pave the way for both present and future football players and athletes to live and love however they wish.

The 21-year-old gained support from other top tier professional footballers such as Barcelona player Gerard Pique who stated, “I don’t have the pleasure to know you personally, but I want to thank you for this step that you take.” Cavallo has gained support from major football players from across the world including England stars such as Dominic Calvert-Lewin and Tyrone Mings. The support from players has amplified Cavallo’s story.

Cavallo’s decision was a huge step forward in making football a more equal and safe profession, yet there is still long way to go before people become more accepting of footballers coming out as LGBTQ+. We’re starting to see small steps such as pride arms bands worn by players as part of the Rainbow Laces campaign, alongside general support for the community from mainstream players. But this is just the start. Work needs to be done at a systemic level in all footballing bodies across the world to make coming out a normal part of the football. Hopefully one day soon it will become more widely accepted in football, but there is still much more work to be done until then.