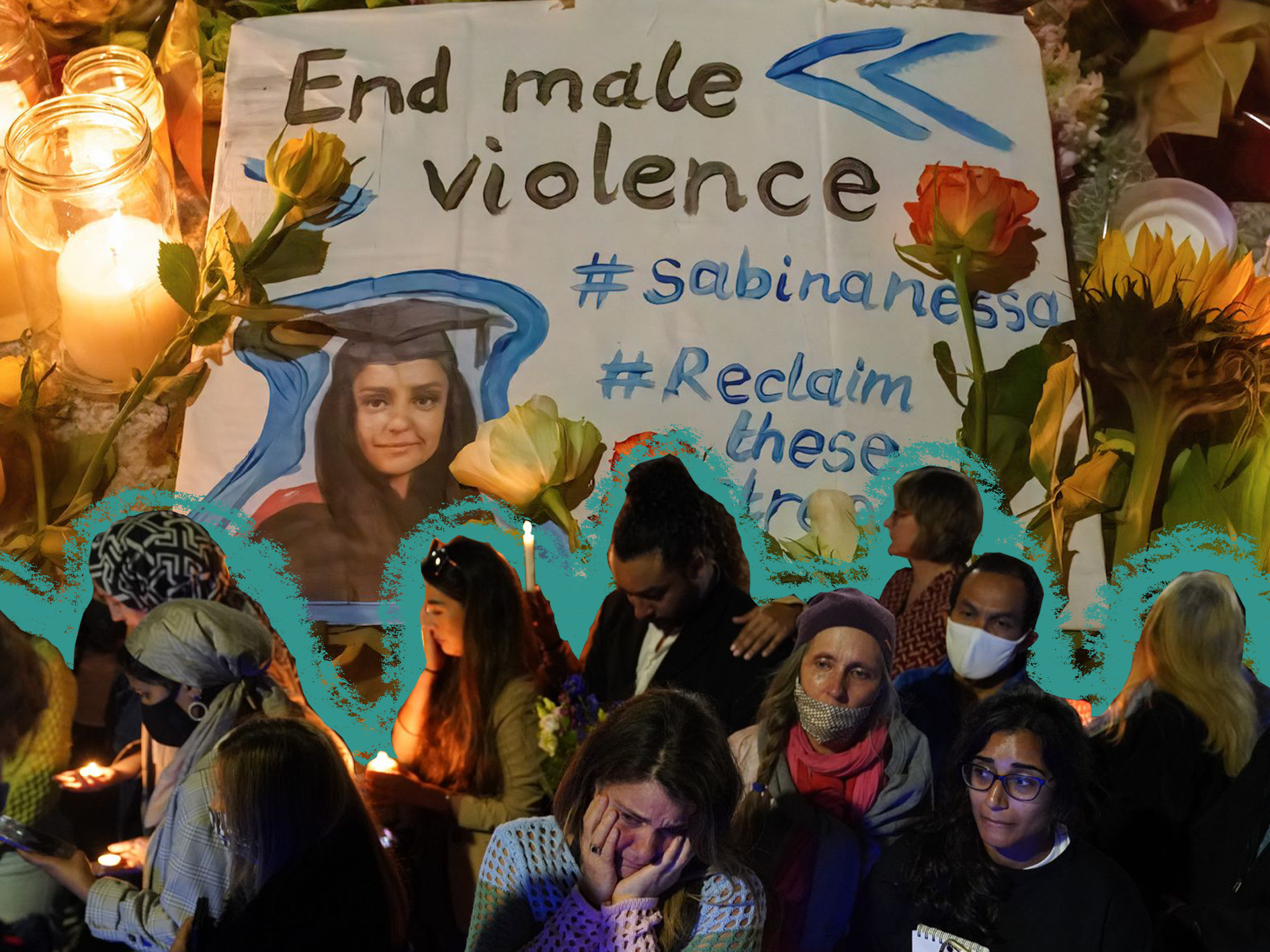 They Deserved More Than This: The Epidemic of Female Violence in the UK

Sarah Everard, Sabina Nessa, and Libby Squire. Just three of the many innocent women whose lives were taken by men who believed that their abhorrent and selfish needs were worth more than the lives they stole. We now are forced to live in a world where women are unable to walk outside without fearing for our lives. We cannot walk through a park or down a street at night without the intrusive thought that our lives could be threatened at any point. According to the Femicide Census, in the past ten years approximately 1,425 women have been killed by men in the UK from 2010 to 2018, along with an estimated 4.9 million women being victim to sexual assault in their lifetime. This means that a woman is killed in the UK every THREE days. Sabina Nessa and Sarah Everard were both unaware that their lives were in imminent danger whilst they walked to and from their everyday lives. The thought that this walk would lead to their untimely deaths probably did not even begin to cross their minds.

Sabina Nessa was a 28-year-old primary school teacher living in Southeast London who was brutally attacked and killed on her way to a first date on the 17th September. Just five minutes after leaving her home, she was abducted and struck multiple times with a 2-foot weapon and left for dead. Her body was hidden under a pile of leaves, as though her life was worth nothing – mercilessly beaten to death and her body dumped on the ground, because a man believed that taking the life of an innocent woman would somehow make his life worth something. This ‘man’ is alleged to be 36-year-old Koci Selamaj, who has been charged with her murder. He was arrested in Eastbourne on the 26th September after detectives on the case discovered he had a connection to Sabina Nessa’s death. It is hard to comprehend how a man who previously lived an ordinary life, a delivery driver living with his girlfriend of 5 years, could have made the decision to stalk, prey and attack an innocent woman with whom he had no connection. He did not know her name, he did not know of her success, he did not think about her family, her friends or her students and the pain that her death would cause them. This ‘man’ waited to prey on his victim. He made the choice to take away her life – a life that she had so much left to live.

Something that I find particularly heart-breaking about her murder is the innocence of her primary school students. These young children turned up to school on the 18th September thinking that it would be a normal day in Miss Nessa’s class. How could anybody explain to these young, impressionable children that the person that they looked up to had been taken away from them? We live in a world where children are now exposed to social media from a young age, and it pains me to think about a student seeing their teachers face online – unaware of the circumstances behind it. One day they will be old enough to become informed of what happened to their favourite teacher and having to face the sad reality that such evil exist in the world that they previously lived in so innocently.

Although an extremely important case, Sabina Nessa’s murder was ignored by the British media for too long. The case did not appear on a front page until days after her death. The UK’s highest circulation print newspaper The Metro, created just one small piece about her death on the sixth page of the paper, and that was not until days after she was killed. If this lack of coverage were to be compared to other victims such as Sarah Everard; who was falsely arrested, raped and killed by ex-police officer Wayne Couzens, you would see the unbalanced ratio of media coverage in comparison to Nessa.  Everards death caused national outrage (rightly so), with nationwide protests named “Reclaim These Streets” as a way to honour her life. Her death was widely covered throughout the media, her case was on the front pages, it was on every news channel and was widely covered on social media.

The one thing that differed between these two was the colour of their skin.

It is a shameful truth that race does influence the amount of coverage that a murder case gets, which is mainly due to the systemically right wing, racist media. Journalist Gwen Ifill called this the ‘missing white woman syndrome’, which is now commonly used to describe the imbalance of media coverage that white women receive over people of colour. Statistics discovered by journalist Anita Mureithi suggested that twice as many Facebook posts were created in the first week of Sarah Everards death than there has been since Nessa’s death, with Everards posts getting 50% more interactions. Pointing out racial disparity in the media is in no way suggesting that Sarah Everard deserved any less coverage, because her life deserved to be recognised. What is does is show is that Sabina Nessa’s death deserved the same amount of recognition, and her life deserved equal acknowledgment.

Sabina Nessa’s case is just one case, in an ongoing epidemic of violence against women in this country. Innocent women are being attacked and killed whilst alone at night, and our government is not doing enough to stop this from happening. We are being told to flag down a bus or resist arrest when we find ourselves in dangerous circumstances by the men that run this country. How are we supposed to stop violence against women, when this is the advice that we receive from the leaders of our country?

We deserve more than this.

They deserved more than this.