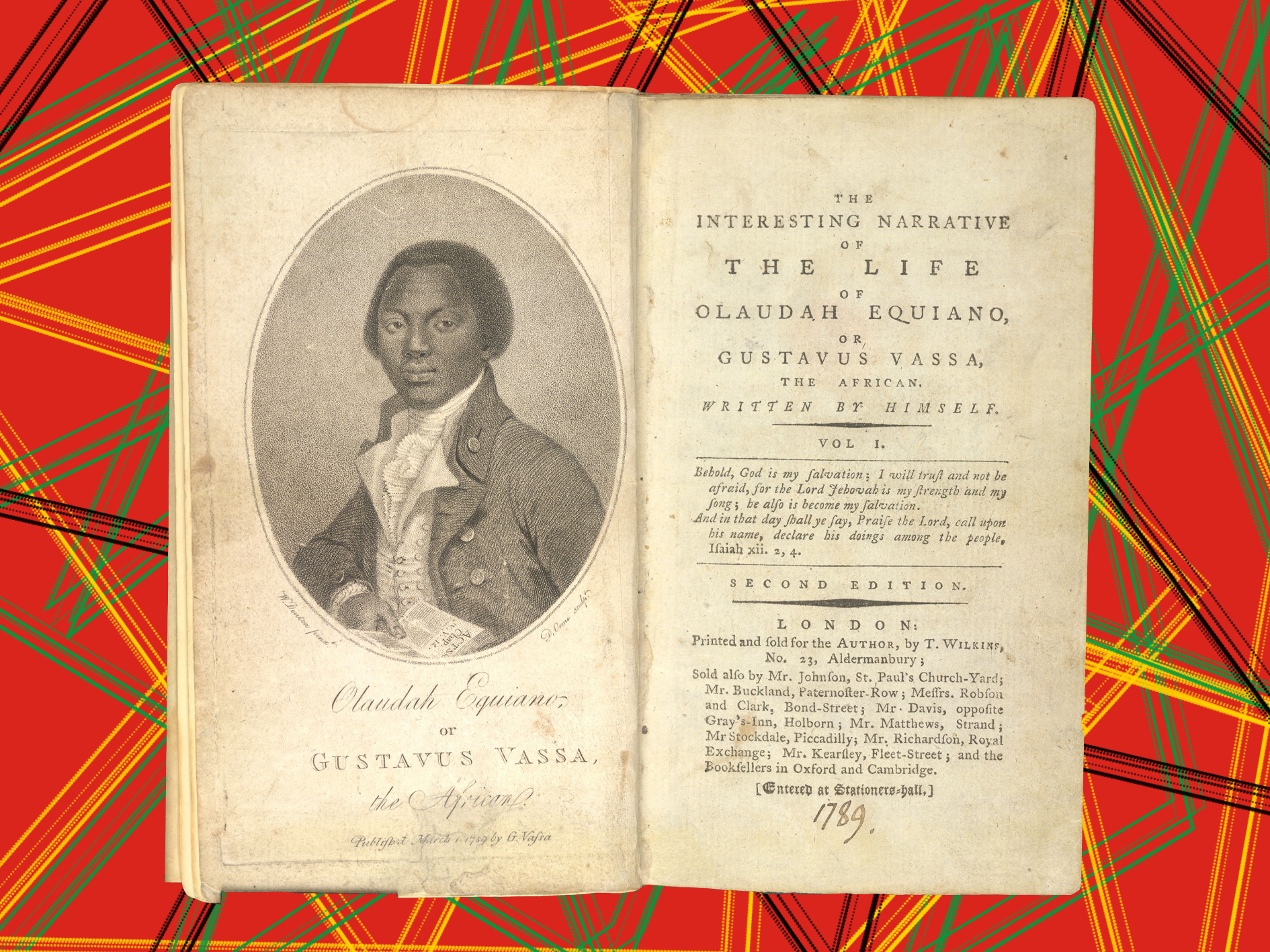 One of the key figures in galvanising support for the abolitionist movement in late 18th century Britain was freed slave, Olaudah Equiano. Born in what is now Nigeria, he was forced in to slavery in Virginia before purchasing his freedom in 1766. He was extremely privileged compared to most slaves at the time, and was taught to read and write in English by his “master”, naval officer Michael Pascal. Once he had bought his freedom through trading, he travelled to London and became a founding member of the Sons of Africa, a society formed of twelve freed slaves that campaigned in support of abolition. It has been described as Britain’s first black political organisation. In 1788, the organisation persuaded an MP to support a bill that would improve conditions on slave ships; a relatively small achievement, but significant as one of the very first known examples of black political campaigning in Britain.

The following year, Equiano published his memoirs, The Interesting Narrative of the Life of Olaudah Equiano, Or Gustavus Vassa, The African, which became a literary sensation and raised awareness about the horrors of slavery all over Britain. The very same year, the famous Hull-born abolitionist William Wilberforce made his first speech against the slave trade in the Houses of Parliament. Later in his life, Equiano settled in London, and married a British woman. He died in 1797, ten years before the passage of the Slave Trade Act of 1807 and almost forty years before the final prohibition of slavery in 1833.

Equiano toured the UK in support of the abolitionist cause, but the question of whether he ever visited Hull has vexed local historians. Some evidence exists that suggests he did visit, in November 1792. A letter of recommendation is included in a 1793 edition of his memoir, held at the Hull History Centre:

The bearer hereof, Mr. GUSTAVUS VASSA, an African, is recommended to us by the Rev. Dr. Peckard, Dean of Peterborough, and by many other very respectable characters, as an intelligent and upright man; and as we have no doubt but the accounts we have received are grounded on the best authority, we recommend him to the assistance of the friends of humanity in this town, in promoting subscriptions to an interesting Narrative of his Life.

Whilst the letter does at least suggest he visited, it does not offer definitive proof. University of Hull history lecturer, Dr Nicholas J Evans is an academic at the Wilberforce Institute for the study of Slavery and Emancipation, and specialises in the history of slavery and its eventual abolition. “During the late nineteenth century, the central role of an African American, Olaudah Equiano, in the Society for the Effecting the Abolition of the Slave Trade was pivotal in transforming British attitudes to race,” Evans says. “He galvanised the antislavery cause through his written and oral eloquence. But whether he visited Hull has been something I’ve pondered for over a decade!”

The gaps in the historical record have puzzled even experts such as Evans, although by the standards of his time, Equiano’s life is unusually well documented. However, evidence does exist to suggest that he met local legend William Wilberforce. Evans explains: “Wilberforce met Equiano through regular meetings of the Society for the Effecting the Abolition of the Slave Trade. However, representations of this, especially the 2007 film ‘Amazing Grace’ distort some of the facts. Regardless, Equiano was central to the success of the antislavery endeavour in Parliament that was led by Wilberforce. It was one of the reasons we proudly display his name on our list of freedom fighters at the Wilberforce Institute.” Nevertheless, the Wilberforce Institute is still searching for conclusive proof of his visit: “I hope to one day find first-hand accounts of Equiano lecturing in Hull. He is a real hero of mine and to connect him with the birthplace of William Wilberforce would be truly fantastic. If anyone finds such evidence then please get in touch!”