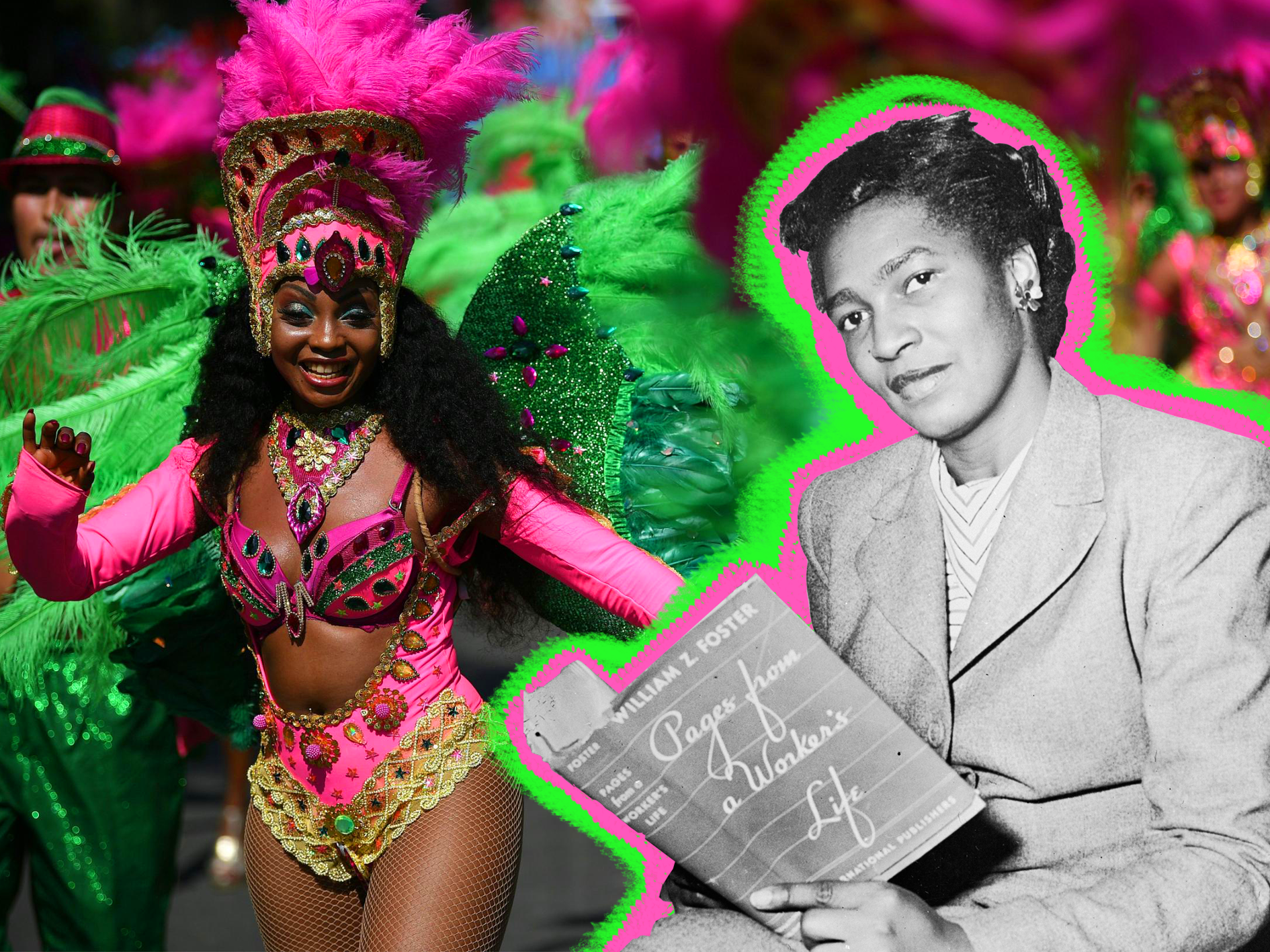 Born in Trinidad, growing up in New York and eventually finding asylum in England after being deported; Claudia Jones carried her activism and her luggage, everywhere she went. Her everlasting belief that change is possible, kept her fighting for justice for the liberation of women and black people in America and Britain.

Claudia and her family emigrated to New York, following the Trinidad Cocoa Crash when she was 8 years old, sparking her journey to becoming one of the most important black feminists. Living in New York, Claudia found her calling for activism. Her early motivation came from fighting against Jim Crow Segregation and the poverty of black communities in America. This led to her joining the Young Communist League USA and then later NAACP and the American Communist Party. This is where she established herself as a journalist writing for the communist party’s paper the ‘Daily Worker’ in 1948. This allowed her to spur social and political action to help the communities that weren’t being heard in society. As she said herself “people without a voice are lambs to the slaughter.” Her association with the party however, did get her into trouble. She was arrested several times for her ‘unamerican activities’ (being a communist) and in 1948 she was found guilty under the McCarren Act (illegal immigration) which led to her being deported. The British Colonial Governor Rance however didn’t want to send her to her home of Trinidad, so instead she took asylum in England.

Living in London didn’t slow down Claudia Jones’ spirit to ending racism. She created the ‘West Indian Gazette’ in Brixton, her anti-racist paper which acted as a catalyst for greater understanding between different working-class communities, as well as publishing other works. A notable work of Claudia’s is her article – ‘An End to the Neglect of the Problems of the Negro Woman!’, grounding her as a pioneering thinker of intersectional feminism. Her feminism is relevant to this day, with her ideology of the ‘triple oppression’ of the black woman conceptualising the struggles of race, class, and gender. Her ideas can be modified today to include other rights such as disability and LGBTQ+. Claudia worked for equal pay, job opportunities for women, ending food poverty and many other issues in the backdrop of the severe racism in London. These racial tensions came to blow in the historic Notting Hill Race Riots. Between the days of 29th August – 15th September 1958, members of the white working class in London attacked the black community, their actions rooted in their abhorrence to the rise of immigration following WWII. The riots were provoked by groups such as Teddy Boys and fascists including Sir Oswald Mosely; who was the leader of the British Union of Fascists. Mosely rallied the racists behind his agenda to “keep Britain white.” Many of the rhetoric’s shared by these individuals are projected in today’s political climate showing why figures like Claudia are still necessary today to fight against the plague of hate in this country. Following the riots Claudia set up the Notting Hill Carnival to “wash the taste of Notting Hill and Nottingham out of our mouths.” The Carnival was a joyous retaliation against the pain and trauma of the riots to show that racism won’t win.

The carnival is now an annual showcase of Caribbean talents and has grown bigger over the years. Claudia intended to demonstrate that “peoples art is the genesis of their freedom” and this ethos still remains in the carnival today. It is important that the carnival’s history is remembered and that it continues to be a way for black British people to celebrate their culture openly. It is so widely recognised as an important cultural event that it has now been registered as a charity that can be donated to. I am sure that Claudia would be amazed by the extravagance of the carnival today and proud of the continuation of her tradition.

Claudia should forever be remembered in Britain as the founder of a beautiful celebration of multiculturism and as a pioneer of anti-racism and feminism in this country.

If you would like to donate you can here: https://nhcarnival.org/donate