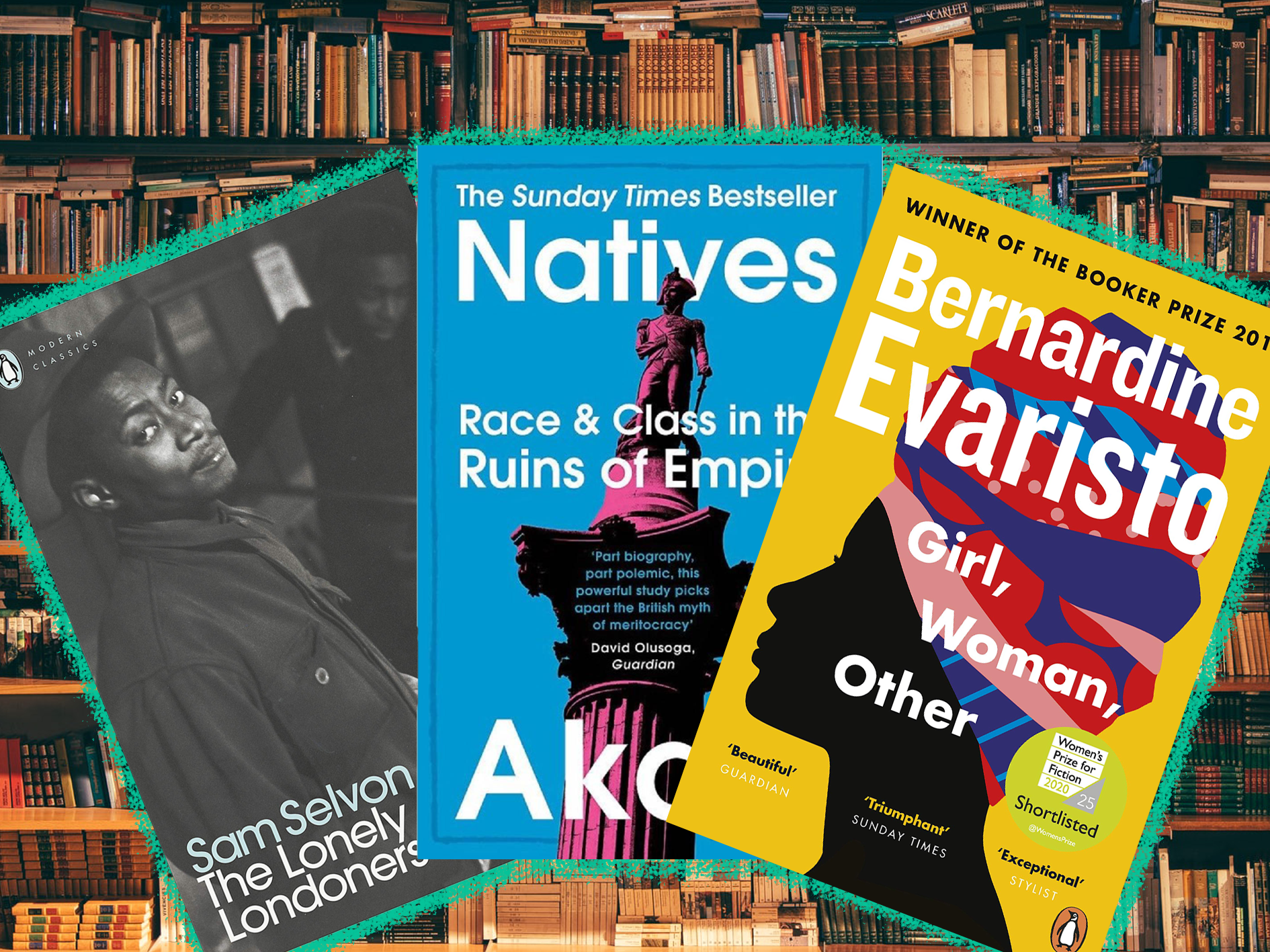 Sam Selvon’s The Lonely Londoners explores a group of young men from the West Indies who’ve moved to London to seek a new life. The book examines how the dream often fell short for many people, and the realities of living in London during this era. It’s raw, truthful and manages to contain universal stories in such under 200 pages.

Candace Carty Williams’ Queenie examines the life of twenty-something something Queenie as she attempts to navigate life as a Black woman living in London. The book is Bridget Jones for a new generation, with its relatable quips and evermore relatable examinations of mental health, this is a fun book with a powerful edge.

Winner of the 2019 Man Booker Prize Bernadine Evaristo’s Girl, Women, Other is a masterpiece of British literature. The books examination of what it means to be Black in modern Britain, through the lens of powerful, realistic and  universal storytelling. The cast of characters provides a wide perspective on people’s views and experiences, overall offering a beautifully written work of art in book form.

Open Water is one of those books that don’t come often but it is truly special when it does. It’s almost difficult to describe this book as it’s very layered, and for only a short book it still manages to make an impact. It follows two university students as they navigate adulthood, falling in love, whilst also been burdened by life’s pressures. It’s essentially Romeo and Juliet for a new generation.

Malorie Blackman MBE is a widely recognised as one of the greatest British writers of the 21st century. Her phenomenal YA book Noughts and Crosses is a testament to this with its everlasting legacy and ground-breaking storytelling. The book looks at what the world would look like if the Africa had colonised Europe, and not the other way round. Blackman’s alternative 21st century world is an immersive and powerful one that everyone should read.

In Black and White – Alexandra Wilson

This eye-opening biography from barrister Alexandra Wilson, reveals not only the struggles of becoming a lawyer in this country but also the injustices that are prevalent through every level of the criminal justice system. Within the book Wilson looks are racial bias towards herself being a black barrister. She also looks at how the criminal justice system is failing, and how the main victims are society’s most vulnerable.

I learnt more about British history reading this book, than I ever have in my 18 years of education. In Natives, Akala looks at British empire and the impact that it has had on Britain, particularly the long-term effects. This isn’t merely a history book however, Akala weaves in his own experiences to create a book that is powerful, educational and an absolute must read.

My Name Is Why – Lemn Sissay

Lemn Sissay is most notable for his poetry but in the last few years attention was turned to a documentary he made, which recorded his life as a foster child and his search for his birth mother. Sissay chronicled his journey in his book My Name is Why which adopts an unusual format of present remembrance of events alongside historical documentation, which was found in his social service files. This is a beautifully written book that doesn’t shy away from heartbreak and truth, but it’s much more than this, with it ultimately being a book of reflection.

Trevor McDonald is a household name in UK households, and legend to many. His ground breaking journalism over the last 60 years has earnt him a Knighthood and the respect of generations. In his autobiography he chronicles his amazing life from his beginnings in Trinidad to his rise up the ranks on British television. This book feels almost like a documentary of his life, with its brilliant writing, which takes you on a journey through the wonderful life of Trevor McDonald.