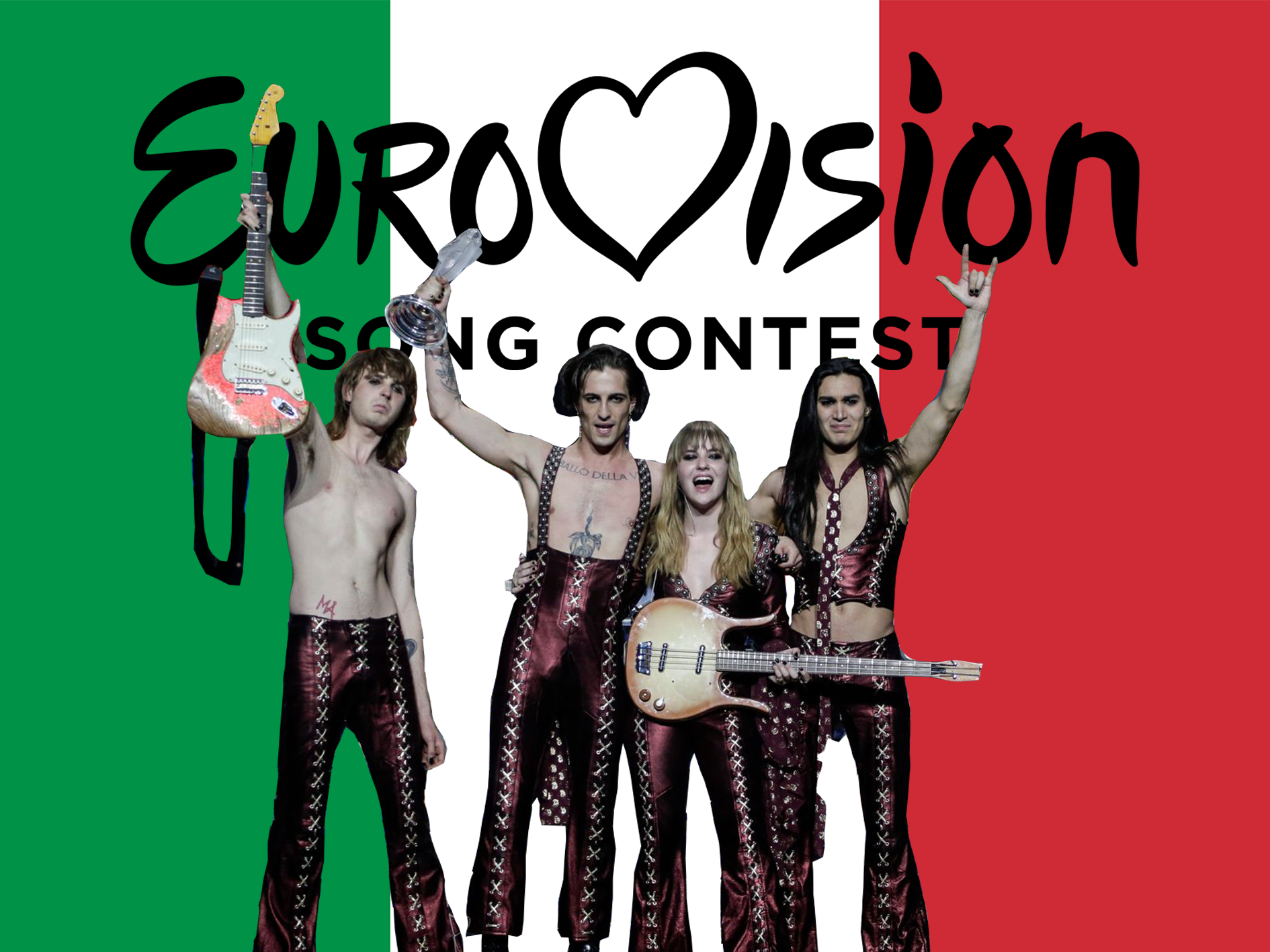 Who are Eurovision Winners Måneskin?

The month of May has brought us many things, with lockdown restrictions finally beginning to lift, Boris Johnson and Ariana Grande secretly getting married and Manchester City still being unable to call themselves ‘Champions League Winners’… But amongst all that, May 2021 brought us Eurovision and with it, the Italian rock band that has taken viewers of the competition by storm: Måneskin.

Consisting of four members: Damiano David (lead vocalist), Victoria De Angelis (bassist), Ethan Torchio (drummer) and Thomas Raggi (guitar), the group won Eurovision with a total of 524 points on the 18th May 2021, after performing their song ‘Zitti E Buoni’, that has since been streamed by listeners all across Europe. Their band name comes from half-Dutch bassist Victoria De Angelis who translates Måneskin to ‘moonshine’ or ‘moonlight’. Since their performance, scandal, success and intrigue have followed the band, originally from Rome, Italy, so here are a few things to know about Italy’s first Eurovision winners since 1990:

The band are relatively new to fame.

After coming in second place in the 2017 Italian show X-Factor, Måneskin started off as buskers in 2016, performing their songs on the streets of Rome before entering the world-famous competition.

They have surpassed one million copies in Italy.

Between their two number one albums and their numerous singles, the band has passed the commendable milestone of a million copies and have amassed seventeen platinum records in their home country.

Their lead singer was suspected of taking drugs in the ‘green room’ live during the show.

Perhaps one of the biggest reasons the band is well known at the moment comes from an innocuous movement caught at the wrong angle. Damiano David was accused of abusing a recreational substance based on this clip here:

However, after openly agreeing to take a drug test which he passed, the lead singer cleared up the fact that he was simply bending over after finding a smashed glass under his seat. Glass was also confirmed to be in their area.

They’re one of the youngest Eurovision winners.

With a collective age of just 83 and their youngest member, Thomas Raggi, being just 20 years old (born in 2001), the band has achieved so much at such a young age. When the band first formed, their oldest member, Damiano David, was only 17 years old.

The band cites many rock icons as their influences.

After drawings were made online between Damiano David and Harry Styles, the band have discussed the artists that have influenced them, with Led Zeppelin, Fleetwood Mac, Nirvana, Radiohead and David Bowie being just a few that have impacted them creatively.

They have incredible music in both English and Italian, that you should give a listen to!

Having listed some short and snappy facts about this years well-deserved Eurovision winners, it’s about time that you listened to their latest album Teatro d’lra, or at least their winning track, which has made its way into the UK top 20 this week: ‘Zitti E Buoni’. After falling in love with this band and each of their members, as has everybody else on the internet, I wish them the best of luck as a group and will leave you with Damiano’s winning sentiment: