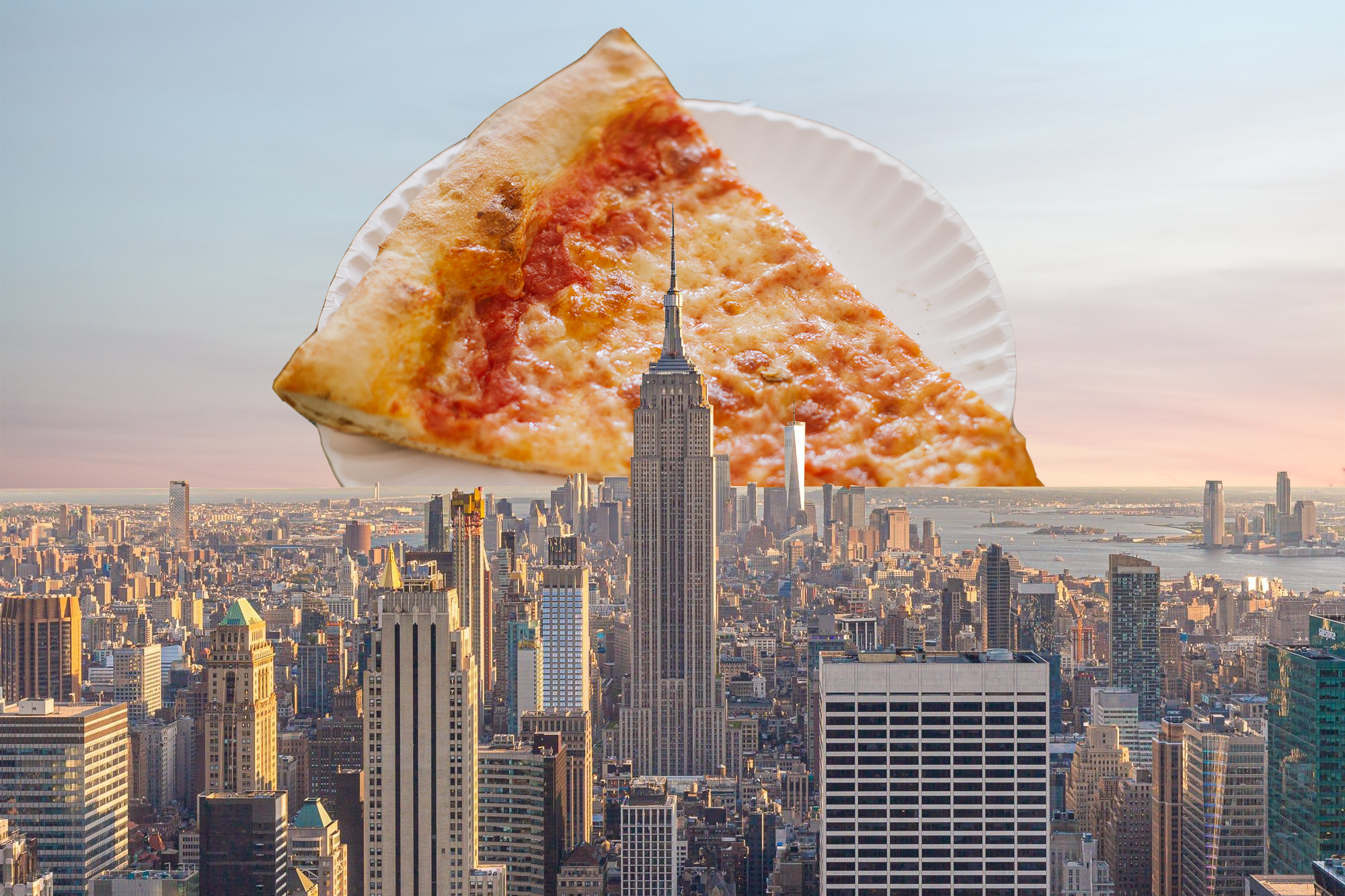 The Culture of NYC Pizza

When you think of New York City, you think of the Statue of Liberty, the Rockefeller Centre, or Ellis Island. But… you also think of the food. More specifically, the New York slice. With its thin crispy base, its smooth tomato sauce, its stretchy cheese on top and it being sold by the slice, the NYC pizza has become synonymous with the city. So much so that there is a significant culture that has developed around it. Pizza in New York is famous worldwide and although there is a debate about the origin of the pizza, it has been a significant aspect of the Italian American heritage. It is important to note that the first pizzeria in New York – Lombardi’s – was owned by Italians, and most pizzerias since have had similar Italian connections, or at the very least an Italian name. The crispy base of the pizza is said to be hard to replicate, with the best pizzas often cooked in coal-fired ovens. However, there is some debate that it is the New York water that provides the base with its famous consistency.

One of the reasons that the pizza has become such an important aspect of New York culture is because it usually has strong family connections, with pizzerias being passed down through generations and, to some extent, that does make it special. It provides an emotional and cultural connection, and pizzerias often give off a warm, homely feeling. A lot of families depend on these inherited pizzerias for their livelihoods, which is why they are important to many New Yorkers. Equipment is passed down through generations; the same original ovens are still in place. There is the magic of a secret sauce recipe, and there are little tricks of making the pizza which is whispered down to the children. The most famous pizzerias in New York have been around since the 1920s and for a country like America, which has such a short history, that seems like a long time. Despite the dips and falls of the American economy, notably the Great Depression, the pizzeria has always prevailed. It has truly stood the test of time.

The stories we sometimes hear about growing up in New York are often dotted with people going to ‘grab a slice’ at the pizza parlour. It is a thing to socialise over – teenagers getting off the bus on the way home from school and immediately picking up a slice, particularly when it is advertised as only costing a dollar. It has become an important aspect of the subcultures that make up New York City. It seems that it becomes a sort of rite-of-passage for New York children, one that I am admittedly jealous of. It’s clear that the pizza parlour is the perfect setting for a first date, to catch up with old friends, to relax after a long day or to take your family out. That’s what makes it so perfect, so popular. It’s an undeniable classic that can liven up any situation, bring a sort of familiar comfort, particularly for those who grow up in the city.

It is also important to recognise the little quirks that have become synonymous with the pizza culture in New York, particularly in regard to the eating of it. These have most likely developed as a result of the grease that is often found on the pizzas, which is what clearly makes it so good. First of all, the most significant rule for eating the pizza is that you must fold the large slices. Its two corners are held together, with the crispy base allowing the pizza to stand firm instead of flopping over when you eat it; this also keeps the delicious grease in a sort of contained river. You wouldn’t be seen dead in New York going anywhere near a pizza with a knife and fork. One of the ultimate crimes. Another important aspect comes with the napkin that is duly provided with every slice. Sometimes, the napkin is dabbed on top of the pizza to get rid of the extra grease that may be the cause of messy eating. However, a good trick that I have seen is when the napkin is folded carefully around the sides of the pizza, and then placed slightly into the groove that is created at the bottom, so that the grease falls back into the napkin and doesn’t end up on your hands. Whatever the trick is, the napkin is a vital aspect of eating a New York pizza, nearly as important as the pizza itself. There is also some debate about adopting a specific stance when eating. New York is a busy city, so there is less chance of finding seating to eat, particularly when pizza is usually considered fast food. Eating outside has become synonymous with leaning on an elbow whilst enjoying the famous slice. This then means that it is important to carefully position yourself, so the grease doesn’t end up down your trousers or on your shoes. All of this is what clearly demonstrates how much the pizza has become a cultural aspect of New York, and how the eating of it has become almost an art form.

Of course, there are numerous arguments about the toppings on a pizza, perhaps the most popular being just cheese. It’s the simplicity that makes it so perfect. It’s so satisfying and undeniably delicious. The richness of the tomato sauce and the tanginess of the cheese compliment each other so perfectly, that it is never not appealing. Meat is always popular on pizza – unless, of course, you choose not to eat it. However, one of the most hotly debated toppings is, without a doubt, pineapple. Love it or hate it, to eat it in New York would be extremely frowned upon. The simple, traditional toppings are enough, as they have been popular for this long, haven’t they? Whatever your topping of choice is though, it is the actual concept of the pizza that is perfect; its longevity proves this.

To eat a pizza in New York is an experience, one that most people have thought of enjoying in their lifetime. It is so ingrained into the culture that it often comes up on TV and in the cinema. There are many famous scenes that include a pizza parlour setting. It’s clear that the culture of the New York pizza is so easily recognisable and accepted, even by the subway rats. It is undeniable that it is so important to the residents of the city. As a result, it is vital to understand that you can never just have a simple slice of pizza; there is too much history behind it. New York pizza is an experience. So, if you ever get the chance to go to New York, whatever you do, you must take on the wise words of Christopher Moltisanti: ‘Don’t disrespect the Pizza Parlour!’.