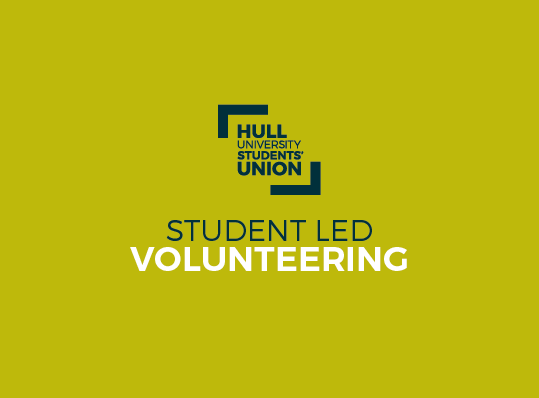 As part of our year celebrating previous volunteers for the 60th anniversary of Student-Led Volunteering Projects (formally HUSSO), we gathered fond recollections from some volunteering alumni. Here’s what they had to say about their time involved with the Union:

Rob Summer who volunteered between 1985-86 visited the Young Offenders Institution at Everthorpe and read to young children in a children’s home during his time with HUSSO. One of his favourite memories during his time with the volunteering groups was when a young girl, who he’d read to previously, “came running into the room all excited to have a story read to her again. She jumped up onto my knee in excitement to have a story read to her. I think in her excitement she might have wet her pants because I felt this wet patch on my thigh but didn’t have the heart to say anything as she was so happy to have someone come and read to her”. When asked whether his time volunteering helped shape his path after university, Rob believes that it did. He said of this that “I went in to join West Yorkshire Police and policing includes a vast array of situations to deal with. It is far from all being about arrests and chasing criminals. Seeing those we tried to help, and the consequences of their challenges in life undoubtedly helped broaden my mind in a positive way for my future career”. His words of wisdom for students thinking of getting involved are to “give it a try – you may just love it, and it helps put your issues into perspective”. He finished his testimony saying that his time volunteering offered “food for the soul” as he hopes that “today’s students are loving the Hull Uni life and experience as much as we did. Best years of your life, even if you don’t realise it at the time!”.

Next to talk about her time volunteering is Laura Whitaker, an active part of HUSSO between 2001-04. She worked on a project for kids with additional needs and then became a joint coordinator and a member of the exec committee. This role came about because she “had volunteered with a youth service and been a rainbow leader during [her] teens” and “was also studying psychology and wanted more experience with young people and so was naturally pointed in the direction of HUSSO”. Her favourite memories include “the teamwork and friendship between volunteers and the ability to just ask the children what they wanted to do and then to go and do it! I still remember the young people and the pleasure they took from belonging to the group. For example, one young person who struggled to find a way to engage in sports had his confidence lifted and finished the session beaming when he discovered he could help ref the football match”. Alongside these fond memories, Laura chatted about how her experience volunteering helped her choose youth work over counselling, resulting in her “doing similar work in the statutory and latterly in leadership roles in the charity sector since”. It is clear to see that the time she spent volunteering inspired her future endeavours, adding that: “when I have doubts, I think back to what we did as HUSSO and think well if we achieved that then as young volunteers with no real training then I can do this now!”.

Thanks to our wonderful alumni for getting in touch to help us celebrate the 60th anniversary of Student Led Volunteering Projects, which we will continue in our next issue with more testimonies and memories. We will leave you with Laura’s advice for anyone wanting to volunteer:

“Go for it, get involved with the community because you learn so much and gain so much from the people you meet. The skills required are transferable to all sorts of careers even away from direct community work. I think the responsibility and experiences help creates compassionate leaders with open mindsets. I know during my time we overcame all sorts of challenges” which you can do too!

Are you one of our alumni or current volunteers and would like to share your story? Get in touch with us via our google form here https://docs.google.com/forms/d/1HD-00jIfB0TDflZCNj5k-OZVfijn7BqdqudaTORmwoQ/edit