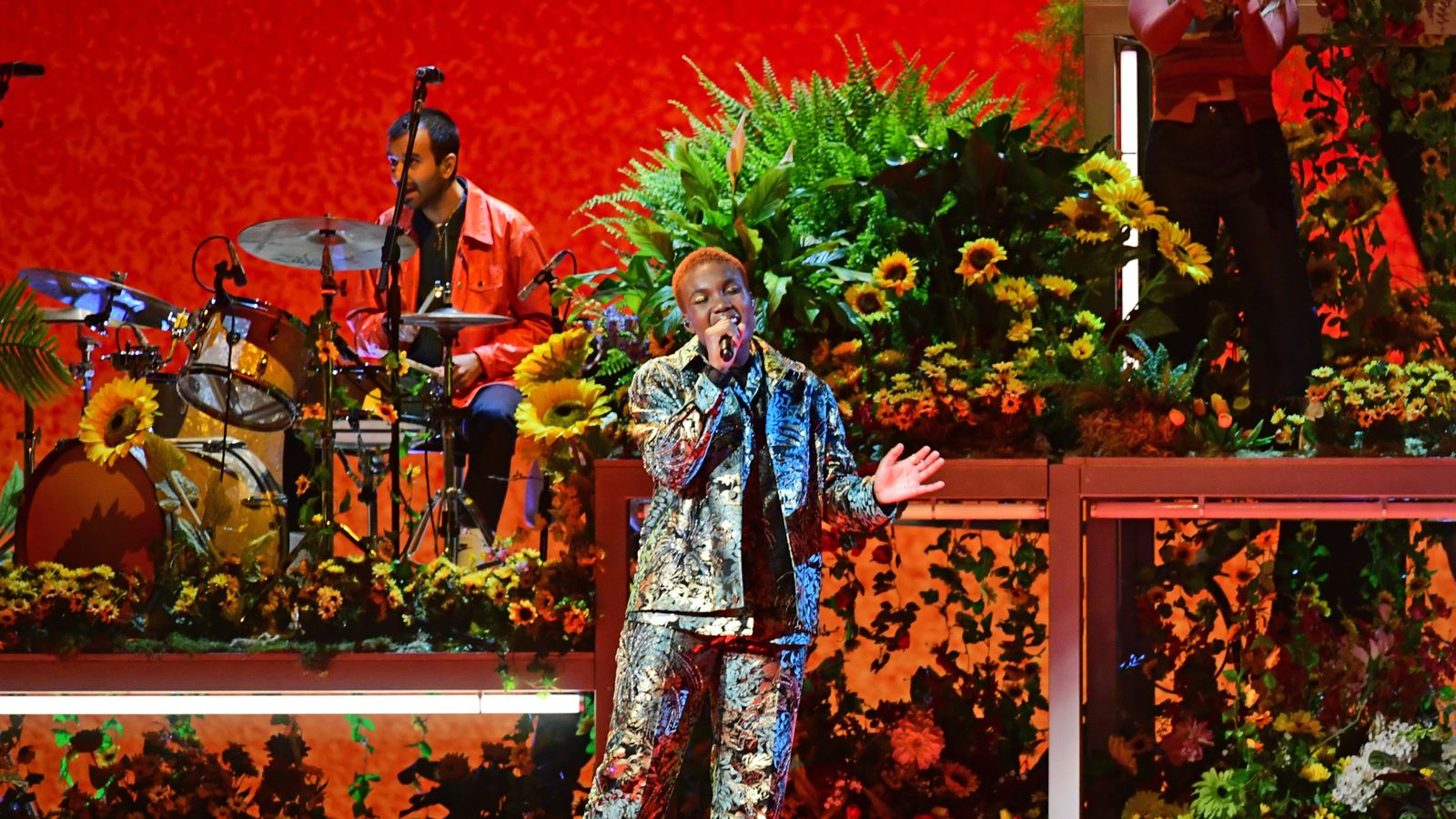 The BRITs 2021 – Women Dominate in a History-Making Night to Remember.

The annual BRIT awards took place last night at the O2 arena, marking the return of live events for British audiences at long last. As part of the governments “pilot scheme”, 4000 people could attend the event without masks or social distancing, of which 2500 were key workers. However, being the largest indoor capacity event since the start of the pandemic was hardly what caught viewers attention. Last night’s event holds significance as one of the most diverse and outspoken nights in the award shows 41-year history. Here’s what went down: 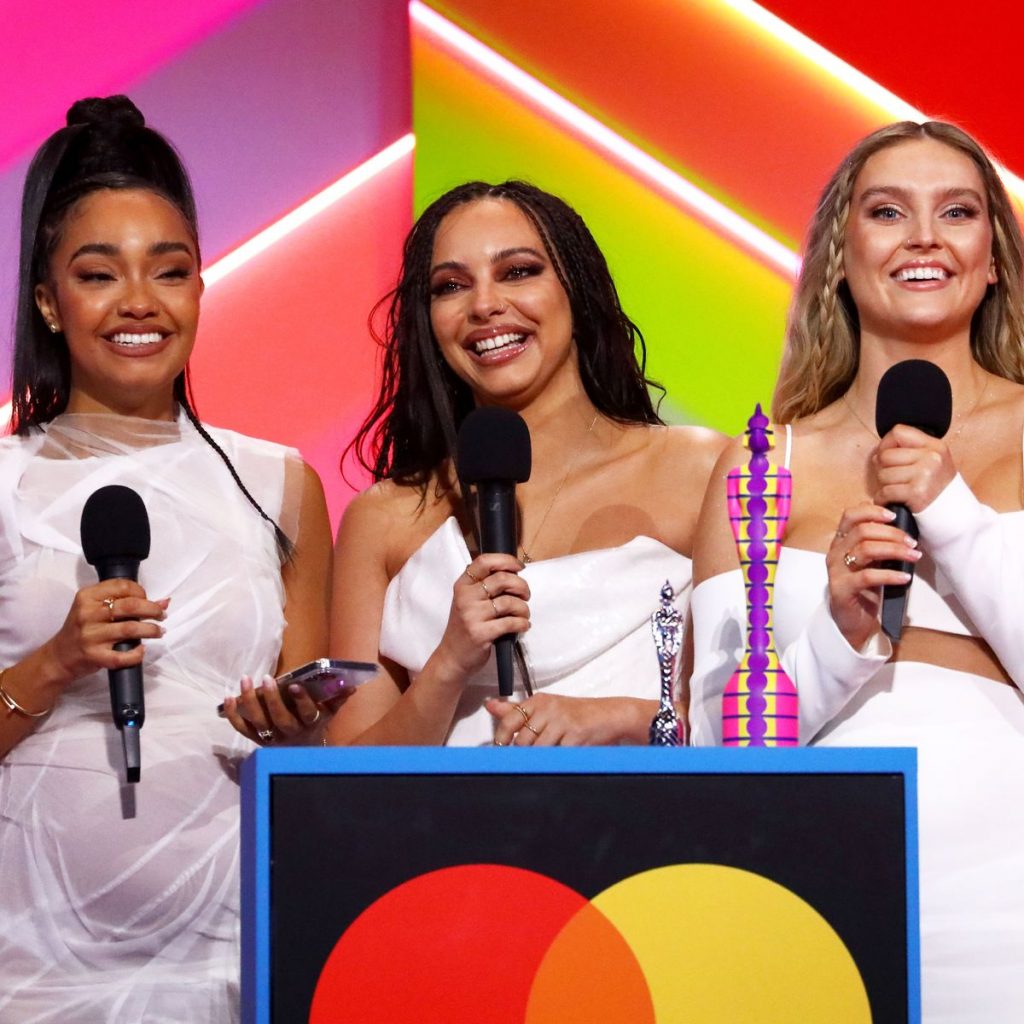 It sounds crazy that a female pop group has been yet to take this title throughout the event’s history, with the likes of the Spice Girls, Girls Aloud, All Saints etc dominating the charts in the 90s, but alas yesterday marked the first. In a stunning trio of white, the Little Mix girls took to the stage and began an emotional reflection on their stellar 10-year career in the industry, acknowledging how it is about time a girl group took this award as they paid homage to the pop icons that came before them. Following Perrie and Leigh-Anne’s pregnancy announcements over the last few days, it was lovely to see the girls with their bumps on display, glowing with pride after finally receiving the award that they thoroughly deserve.

Another female force that took the show by storm was Dua Lipa, taking home the award for ‘Best British Solo Female’ and ‘Best British Album’. Showcasing Future Nostalgia in a commanding performance at the start of the show, Dua Lipa dominated from start to finish, using her time on the stage to lobby for women and the key workers in the audience before her. Dedicating her award to Dame Elizabeth Anionwu and NHS workers on the frontline, she addressed Primeminister Boris Johnson directly, saying “it’s very good to clap them, but we need to pay them” after receiving her first award of the night. She also remarked at how during the 2018 BRIT awards she had wished for more female representation at the event, a wish that certainly came true this year with Arlo Parks, HAIM, Griff, Billie Eilish and Taylor Swift among the other female winners this year.

The show also saw British icons such as Boy George and Sir Elton John take the stage, as well as LGBTQ+ legends Billy Porter and MNEK. In an emotional tribute to the HIV/AIDS epidemic, David Furnish introduced his husband Elton and Olly Alexander to debut a cover of the Pet Shop Boys’ ‘It’s A Sin’. Starring in the show of the same name, Olly began the song on Elton’s piano as the pair paid homage to the hit TV show that “brought the fight against HIV/AIDS, back into public conversation”.

Among the many notable performances, speeches and appearances, the BRITs took a step in the right direction by championing new and diverse artists, such as ‘Rising Star’ winner Griff who shared the stage with chart-topping favourites like The Weeknd and Coldplay. In her breath-taking performance of her latest single ‘Black Hole’, Griff realised the dreams that the likes of Arlo Parks and Taylor Swift addressed in their speeches, assuring those starting in the industry that they can overcome any friction placed on them for being different and exciting. 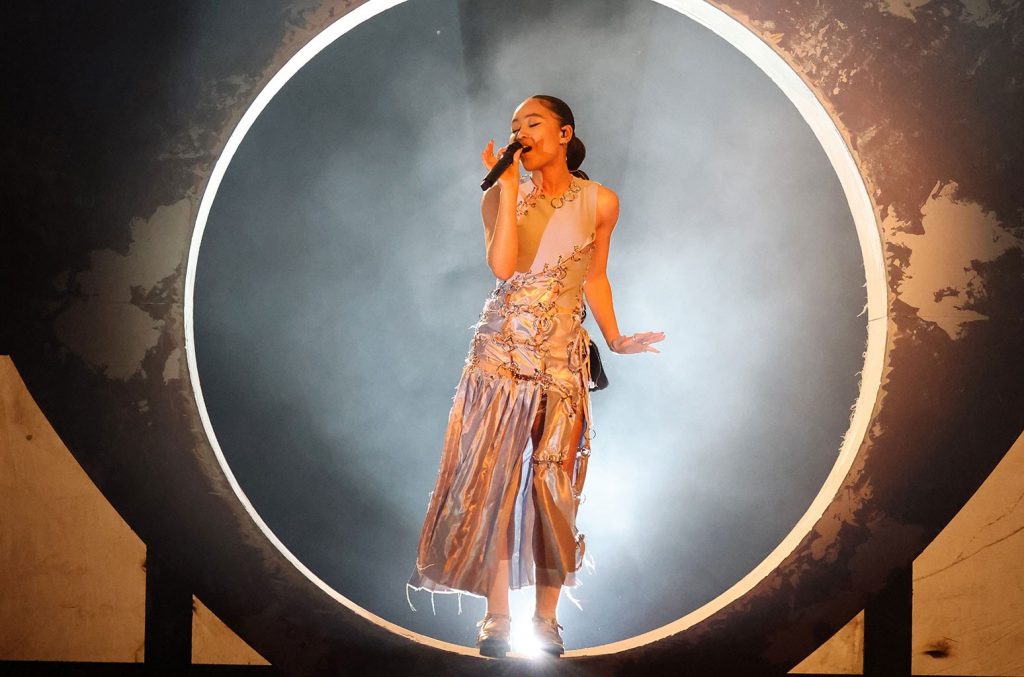 Overall, the night was a success, and despite still having celebrities appear via the ever-present Zoom, it was filled with passion, proactivity and moments that will go down in the history books. For the first time in a long time, the BRITs were certainly worth watching as they honoured all areas of the creative field and didn’t look back.