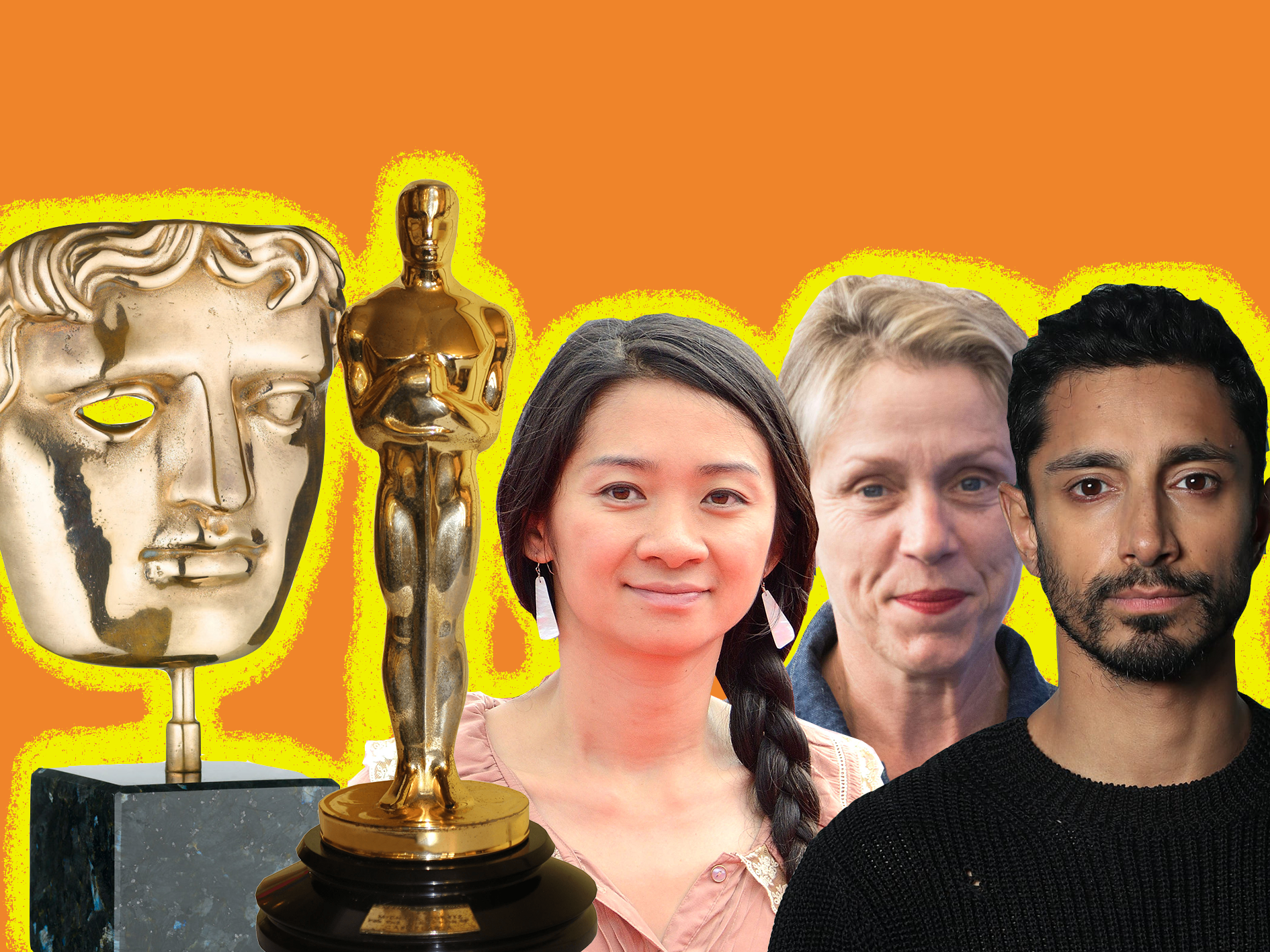 BAFTA and Oscar’s 2021 Nominations: Have the Academies Listened?

After the controversy surrounding the 2021 Golden Globes made its way through Hollywood (check out our previous article here); fans, filmmakers and actors alike awaited with bated breath for the 2021 Oscars and BAFTA awards nominations.

Over the years, both the Oscars and the BAFTA’S have faced their fair share of scrutiny due to lack of diversity at almost every level. Last year the BAFTA’S faced immeasurable backlash because of its all-white roster in the acting categories, despite powerful performances that year from the likes of Cynthia Everivo (Harriet), Jennifer Lopez (Hustlers), and Akwafina (The Farewell). These are but a few actors of the many who were snubbed by the BAFTA’S, despite giving performances that were described as ‘career-defining’. The BAFTA’S did however manage to award two acting nominations to both Margot Robbie and Scarlett Johansson in the same year. When worthwhile performances get snubbed as a consequence of these choices, questions need to be asked. The Oscars has also faced scrutiny over the years, leading to the #OscarsSoWhite social justice movement. The movement began in 2015 as an accumulation of decade’s worth of snubs for BIPOC actors and filmmakers. In January 2015, for the second year running the Oscar nominations included an all-white list of actors, and thus the movement began. It also sparked other movements concerning diversity in Hollywood including, #WhiteWashedOUT, a response to Asian characters been played by White actors. Moreover, it also placed the spotlight on the gender pay disparity which has plagued Hollywood since its formation. It is safe to say since 2015, Hollywood and the Academies have been under analysis in their response to these movements. So, as we headed into the 2021 nominations, all eyes were on the Academies.

On March 9th the BAFTA nomination was announced and for fans across the Globe, it was positive to see that the BAFTA’s had seemingly learnt from the criticism of the previous year, with the nominations being the most diverse in the award’s history. BAFTA had pledged following 2020’s backlash that moving into the New Year the nominations would be more reflective of the diversity we see in everyday life and it seems they kept to that promise. Of the 24 acting nominations, the majority are BIPOC actors, including well known British Actors Riz Ahmed (Sound of Metal) and Daniel Kaluuya (Judas and the Black Messiah). This year’s nominations have also seen a big change for female filmmakers, with four out of six nominations in the Best Director category going to female directors. This included Chloé Zhao (Nomadland), Shannon Murphy (Babyteeth), Jasmila Žbanić (Quo Vadis, Aida?) and Sarah Gavron (Rocks). Chloé Zhao has won big already this awards season, winning Best Director and Best Picture at the Golden Globes for Nomadland. She is also a favourite to win in both categories at the 2021 Oscars. This is a positive change in the right direction for the BAFTA awards, I just hope the momentum can be maintained. I’m not going to praise them for doing what they should have done previously, but it looks positive moving forward, the same can also be said for the Oscars.

After the backlash from #OscarsSoWhite, the Oscars Academy decided to make improvements regarding its members, and the lack of diversity among those members. Last year they also announced changes regarding the categorisation of films in the Best Picture category. This meant that films had to fall into certain subcategories to receive a nomination, which included having to have at least one person from an underrepresented group, such as women, BIPOC, LGBTQ+ people, or people with disabilities. Again, these are changes that should have happened years ago, so I won’t praise the Oscars for this, but we are seeing these changes in effect this year. The 2021 nominations have seen big changes this year, with this becoming the most diverse year of nominations in Oscar history. In the acting categories, 9 out 20 nominations are BIPOC actors, including Riz Ahmed who is the first Muslim actor nominated for Best Actor and Steve Yuen (Minari), the first Asian-American nominated in the same category. Viola Davies has also become the most nominated Black actress in Oscar history. Female directors have also made history this year with two female directors up for nomination this year, Chloé Zhao and Emerald Fennel (Promising Young Women) for the first time in Oscar history. There was hope that we would see Regina King in the Best Director category for her film One Night in Miami, but it was not to be. Many people have seen this as one of the major snubs of the Oscar season. Among the Best Actor nominations was Chadwick Boseman (Ma Rainey’s Black Bottom) for his last performances before his tragic death in 2020. Boseman is tipped to win the award, alongside the BAFTA, after already winning the Golden Globe. This would be the first posthumous award for acting given since Heath Ledger in 2009.

Overall, this year’s nominations are something to get excited about. There is amazing talent amongst this year nominees for both awards, and changes seem to be happening within Hollywood in almost every regard. The appetites of filmgoers are evolving, and there is an expectation that the film industry more closely reflects the world in which we live. Awards shows need to also reflect this, and as this year’s nominations show, the awards show is finally moving in the right direction. Certain changes need to be made beyond just diversity among nominees, there also need to be modifications to the structures of these institutions. But for now, we are seeing some change, and that is always something to look towards, I just hope we’ll continue to see the same in the future.

You can watch The BAFTA’S Saturday 10th and Sunday 11th April on BBC One and the Oscars Monday, April 26th at 12am on Sky Cinema Oscars.