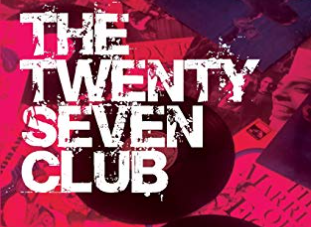 Today, genuine cultural icons are scarce, particularly in the realm of popular music. Listener’s tastes are now more diverse than ever, embracing niche genres such as grime, folk and techno. Furthermore, unlike previous generations who vehemently rejected their parent’s music as “uncool”; today’s youth are far more accepting of the music of the past. Few could have predicted in 1982 that “Africa”, a relatively minor hit even then, would still be played incessantly at student club nights forty years later. Yet even in the most fashionable bars, you’re just as likely to hear Toto as you are to hear Stormzy or Skepta. This is a uniquely modern state of affairs; the equivalent to kids in the eighties listening to Vera Lynn or Frank Sinatra.

Therefore, as a younger person, it’s quite difficult to imagine the abrupt shock that thousands, perhaps tens of thousands, of people felt after the suicide of Kurt Cobain at the peak of his career in 1994. Like many other well-known musicians, he died aged just 27, a coincidence that provides the title for Lucy Nichol’s debut novel, The Twenty Seven Club. As well as providing a gripping fictional narrative, Nichol’s book also serves as a fantastic examination of the real-life music scene and youth culture of the early 1990s. Set in Hull, the author makes use of references to specific venues and local colloquialisms to firmly ground her novel in reality; mentions of caravan factories, chip spice and ten foots abound. Local readers will no doubt smile as they recall heady nights spent in Spiders or LAs. However, those from further afield may have to resort to Google, as many of these references are left unexplained (although this is no bad thing, effectively providing free publicity for our city and its myriad of charms and eccentricities).

It is clear also that mental health is a hugely important topic for Nichol. Over the course of the novel, Emma, the protagonist, struggles with anxiety as she comes to terms with her hedonistic lifestyle. She fears that she too will join “the 27 club”; and whilst the topic is undoubtedly serious, her attempts to clean up her life make for often hilarious reading. Nichol imbues Emma with a sharp wit and a vivid, unique outlook, and she feels just as real as the places she visits and the town she lives in. Perhaps the novel’s funniest moment occurs when her journey to work is delayed by an unexpected encounter whilst walking her dog, but you will have to read the book yourself to find out what happens.

The last few chapters contain an unexpected twist which is perhaps obvious given hindsight, and the key conflict within the book resolves itself just a little too neatly. As I’m sure the author is aware, the road to mental health recovery is often a bumpy one, but the ending here feels slightly unrealistically tidy and definitive. I was also hoping for more visceral descriptions of the atmosphere in venues such as Spiders and the Adelphi; what were they like? What made them unique? Nevertheless, this is an extremely solid debut, and despite our very, very different lives, I could certainly relate to the troubled thoughts and feelings of the protagonist. Now more than ever, caring for our mental health is key to our wellbeing, at a time when it is easy to feel like the world has become a threatening and hostile place. I imagine most readers will find this novel a welcome distraction in its delightful ordinariness. Crowded pubs, clubs and busy town centres feel very far away at the moment, but Nichol’s book offers a poignant reminder of good times past and a foreshadowing of good times to come.

Finally, the amount of expert music knowledge on display here is phenomenal. Oasis really did play the Adelphi in 1994; just one day before the release of their first single Supersonic and less than a week after Cobain’s death. That said, there is one tiny anachronism: a blink-and-you’ll-miss-it reference to the Spice Girls, who released their debut single in 1996. All in all, however, the writer’s love and adoration for the nineties music scene shines through on every page. Now, if only I had a time machine…

To purchase Lucy Nichol’s book The Twenty Seven Club, which made the Stylist February ‘Best new books’ list, please click the link below or find it on Amazon: