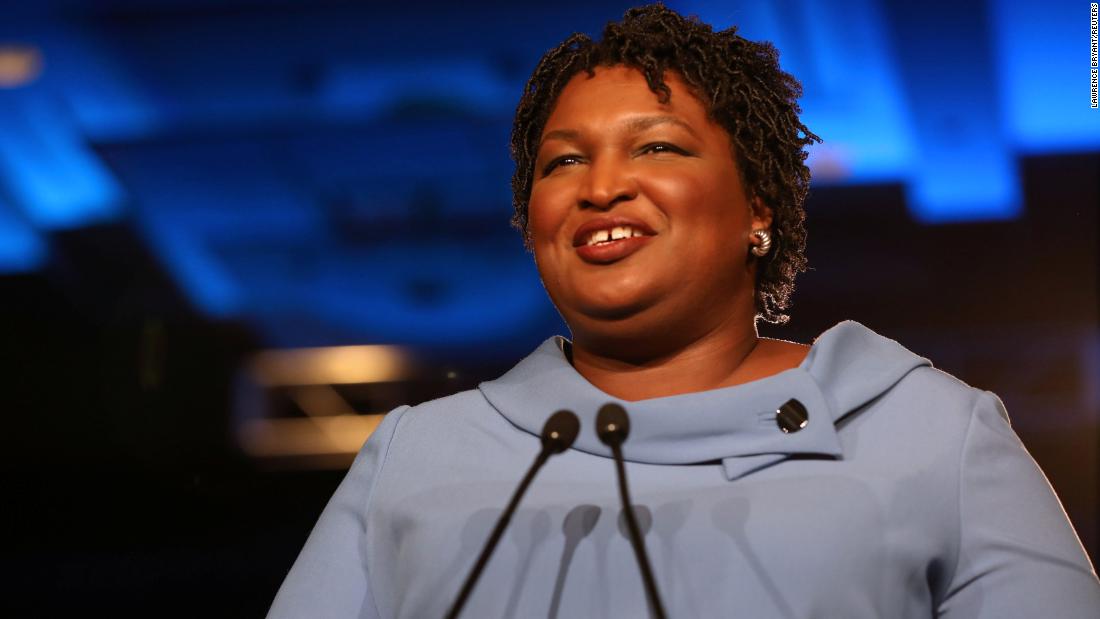 Stacey Abrams Nominated for Nobel Peace Prize: How She Became One of the Most Successful Politicians in the United States

On the 1st February 2021, it was announced that US politician Stacey Abrams had been nominated for a Nobel Peace Prize for the pivotal role she played in the 2020 US Election. Abram’s work in ending voter suppression in the US ultimately led to Joe Biden’s triumphant victory, finally freeing the US from the clutches of Donald Trump. But who is Stacey Abrams and how did she get to where she is today?

Stacey Abrams worked as a lawyer in Atlanta for 7 years until 2006 when she began to focus on pursuing a successful political career. She ran for the 89th district of the Georgia House of Representatives, a job in which she served for 11 years, 7 of them being as a democratic leader. Abrams political career flourished throughout these years, and in 2018 she ran for the position of Governor of Georgia. This would have seen her become the first-ever Black, female governor of the state. Abrams was nominated alongside Stacey Evans; a fellow democratic member of the Georgia House of Representatives. Evans however, was pipped to the post and Abrams became the first Black woman to become a gubernatorial nominee for a major party in the US. Abrams ran against the then-Republican Secretary of State Brian Kemp, who later became the successor.

Kemp’s win, however, was far from deserving. It was found that throughout the election, 1,000,000 Georgians had been purged from the voter rolls, 70% of these voters being African-American. It soon became evident that Kemp had committed a shameful act of voter suppression to prevent Abrams from getting the votes she needed to become the next Governor of Georgia. This purge of voter rolls left Abrams losing the election by just 55,000 votes. Although it was never proven, it was clear that Kemp had taken a basic human right away from 1,000,000 people. He stole their political voices and as a result, Abram’s did not shy away from voicing her opinions on the subject.

This act of voter suppression led Abrams to action. She eventually decided it was time to do something to fight back, and it was at this stage where she decided to use her defeat, and make it into something equally as important, and so she created the organisation ‘Fair Fight’.

Fair Fight brings awareness to the public on election reform, advocates for election reform at all levels and engages in voter mobilisation and education activities and advocates for progressive issues. Abrams ramped up the organisation’s agenda in the run-up to the 2020 election, ultimately aiding Biden in his eventual victory. Her plan of attack for the election was to work alongside Democratic Party leaders in all twenty battleground states and build a voter protection infrastructure. Some of these states included Georgia, Minnesota, Florida, and Ohio.

Abram’s fight in ending voter suppression, by getting people who would normally choose not to vote, to educate themselves on the importance of their votes, is arguably the reason that Biden is currently sitting in the White House. It is also the reason Biden now holds a Senate majority.

Abrams and her organisation ‘Fair Fight’ also played a pivotal role in the runoff elections in January 2021. In an interview with chat show host Jimmy Kimmel, Abrams discussed the election votes, telling Kimmel that “More than one million of absentee ballots that have already been requested, 70,000 are from people who didn’t vote in November, and they are disproportionately young and disproportionately people of colour”.  Her work with Fair Fight ultimately led to both Jon Ossoff and Reverend Raphael Warnock winning the January runoffs, thus leading to a Democratic Senate majority. Without Abrams, Biden would be constrained by a Republican senate with its leader Mitch McConnell even being able to reject cabinet appointments.

Around the world, Abram’s is celebrated for using her political power to fight for what she believes in and is constantly praised for playing such a pivotal role in the election. She did this, not by forcing people to vote but by educating and inspiring, particularly young people, people of colour and people from low-income neighbourhoods, into realising that their votes are vital in the fight for freedom and democracy. She played a crucial role in President-Elect Biden’s November Victory in Georgia, with Barack Obama commenting that “his win is a testament to the power of the tireless and often unheralded work of grassroots organising and the resilient, visionary leadership of Stacey Abrams”. Abrams’ name will leave a legacy for young African American women for years to come. I cannot think of anybody more deserving of a Nobel Peace Prize.