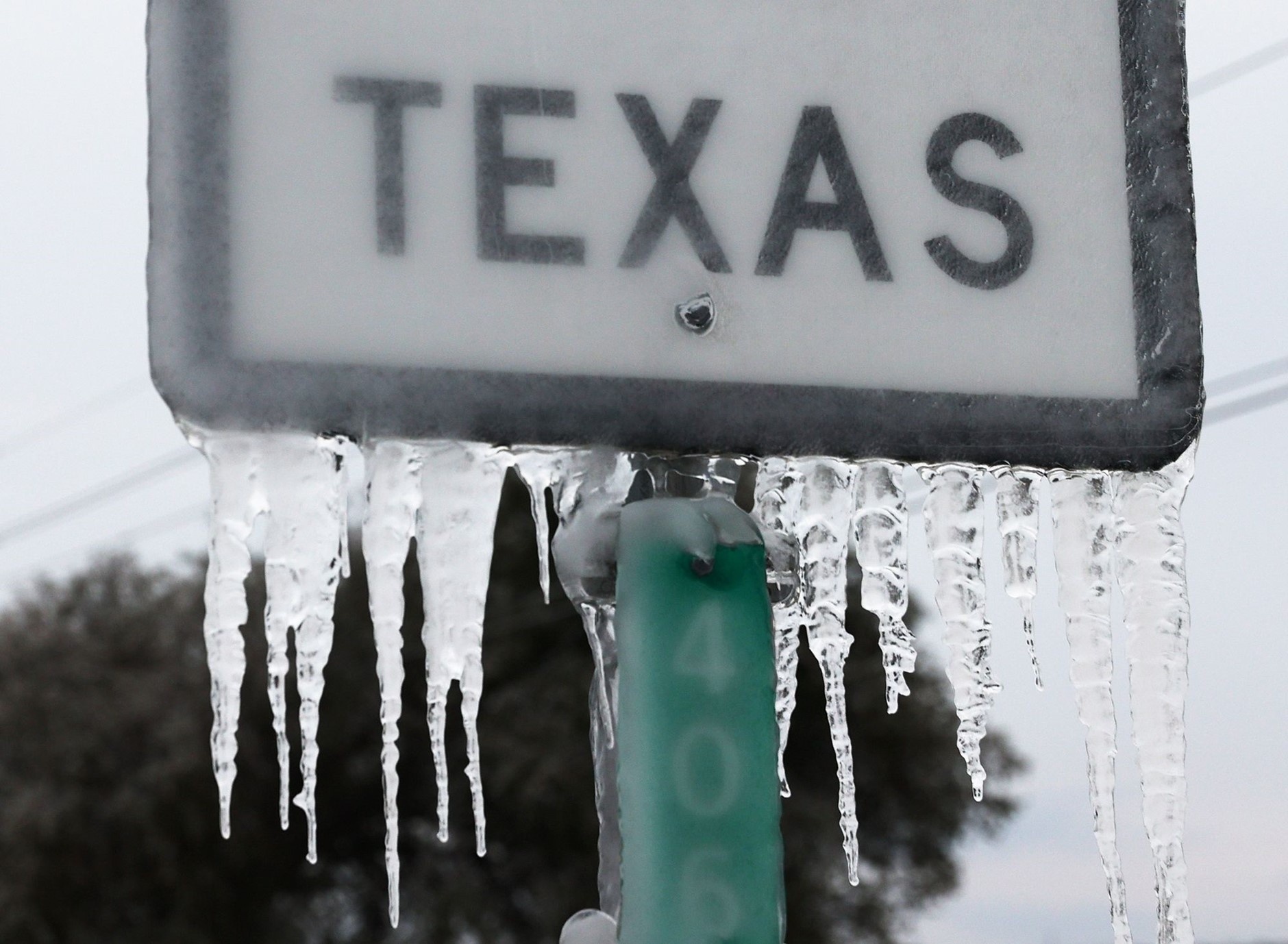 The Consequence of Driving With ‘Cruz Control’ on Climate Change

The earth is round. Water is wet. Climate Change is real and humans are causing it.

I’m not sure of Ted Cruz’s position on the first two facts, but I can tell you that he would question the validity of that last one.

He would probably tell you that “the data is mixed,” downplay the situation as nothing to worry about, and list you several dubious reasons as to why America doesn’t need a Green New Deal advocated for by Democrats such as Alexandria Ocasio-Cortez.

This is the exact type of rhetoric you would expect from someone who received almost $800,000 from oil and gas companies in 2018; that’s more than any other senator.

However, while Ted Cruz continues his crusade against Climate Change activists, the world continues to feel the impact of inaction.

Ted Cruz doesn’t need to look at the rest of the world to see the impact of Climate Change. In fact, he needn’t look further than his own backyard.

In mid-February, the United States was hit by a major winter storm. The Southern states were hit the worst with Texas, in particular, bearing the brunt of the cold weather as it reached -18˚C in some areas; the state’s lowest temperature in some 30 years.

Now might be a good time to point out that it is important not to make the same mistake as Donald Trump who had a tendency to mix-up extreme cold weather (caused by Climate Change), for Climate Change itself. Trump famously declared during a cold spell in the U.S. that the country “could use a little bit of that good old Global Warming.” One can only imagine what helpful climate-related tips the former-President would be tweeting out now but, perhaps thankfully for the planet’s health, he has been permanently banned from Twitter.

Back to Texas where the freezing temperatures naturally caused Texans to crank up their thermostats which, in turn, caused a major demand for power. This increased demand might have put a strain on the best of power grids but, unfortunately for millions of Texans, Texas does not have such a luxury. Texas is the only of the 50 states to have its own private, internal power grid. The reasons the other 49 states don’t operate their own individual power grids became abundantly clear when the extreme weather caused the gas and coal plants to shut down.

Millions across Texas were plunged into complete blackouts. Even more experienced disruptions to their water services with Houston being placed on a “boil water notice.”

Suddenly Texas state officials were facing immense scrutiny over their power policies. Ever the Climate Change sceptics, Republican State Officials (who have been in control of the state for decades) decided now was the perfect opportunity for more pushback against legislation attempting to combat Climate Change. Governor of Texas Greg Abbott blamed climate-friendly renewable energy sources for the states power troubles citing frozen wind turbines. Whilst this is true, wind turbines in the state did freeze over, they have been proven to have been the least significant factor in the power outages with wind turbines performing “as well as expected.” The most significant factor? The frozen coal and gas-powered energy plants account for 75% of the state’s power output. Facts clearly are not a priority for Abbot who also blamed the Green New Deal (which has not been implemented) for his failings. It didn’t stop there though as the former Governor of Texas, Rick Perry, decided now was a good time as ever to make his voice heard, suggesting that mass-blackouts like this were the kind of sacrifice that Texans were willing to make in order to keep the federal government away from their power grid. With millions still without power across the state, it was probably not the time for such statements, as Perry found out with the tidal wave of backlash that followed the statement.

Fortunately, at this point in the crisis, Ted Cruz – who just so happens to be a Senator for the Lone Star State – did look out at his own backyard, only to notice there was quite a substantial amount of snow in it. So, what did Ted Cruz do when he realised the scale of the storm? He did what any right-minded official would do during their state’s moment of need. He flew to Cancun for a perfectly timed vacation with his family. 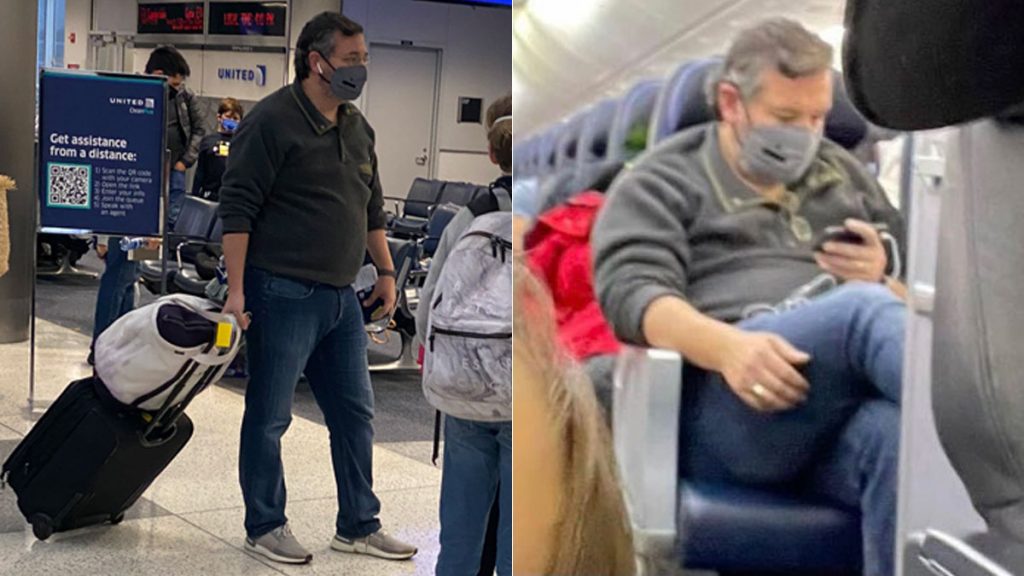 Suddenly the staunchly anti-immigration politician decided it was perfectly acceptable to travel across a border with your family in search of better living conditions. A truly remarkable U-turn.

Abandoning your constituents during not only one of the worst winter storms the state has seen but during a global pandemic in which the United States leads the world’s death toll with over half a million dead… Unsurprisingly, this did not go down well.

What went down worse though was the lie Cruz told upon being snapped at the airport boarding a plane to paradise. Cruz claimed that the reason he was headed for Cancun was that his daughters had a week off school and, because it was so cold in Texas, asked if they could go on a holiday to somewhere warm, somewhere the power was working. Cruz followed throwing his daughters under the bus with a flat-out falsehood that he was merely escorting his wife and children to Cancun and planned to return to Texas the following day. This however was proven to be untrue as a leak from the airline confirmed that Mr Cruz’s original return flight was booked for Sunday; four days after he arrived in Cancun.

Ted Cruz’s botched response to a crisis, that many hold Republican officials like himself responsible for, perfectly encapsulates the Climate Change situation the world is facing. Top officials like Ted Cruz don’t see Climate Change as their problem – not even when a major crisis occurs that very much is their problem. Take Dan Crenshaw for example. A Republican Representative for Texas who during the California Wildfires in 2020, tweeted: “Alexa, show me what happens when you let Democrats control energy policy.” A real foot-in-mouth statement following February’s events but a statement that reflects the partisan nature of the debate surrounding Climate Change and how to tackle it.

For the good of the world, we can only hope that politicians start to work together on solutions to tackle Climate Change and soon because events like this, where an estimated 60 lives were lost due to the extreme cold, cannot be allowed to continue to happen.