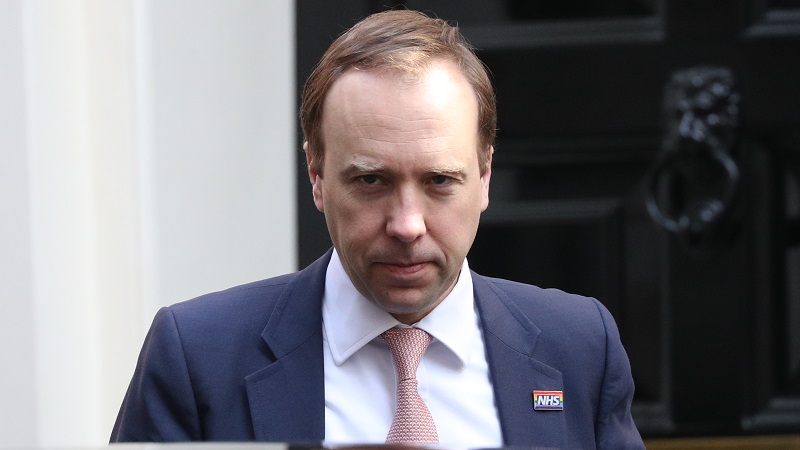 Hancock Accused of… Well, Everything

Over the past year, there have been many instances bringing the name of Matt Hancock into the spotlight and considering his position as the government’s Health Secretary, there is no doubt that he has been under an immense amount of pressure.

However, in recent weeks the high court has ruled Hancock as acting unlawfully by failing to publish multibillion pounds worth of Covid-19 government contracts within the 30 days expected. A substantial number of these cases were found by the Good Law Project to have been published on average around a fortnight later than they were legally due. Although figures that have been conveniently neglected by Hancock are those including the contracts that still remain unpublished; the inclusion of the unpublished contracts brings the average days taken to publish these transparency papers to a much steeper 78 days by November. Upon receiving these figures, the Good Law Project has expressed their concern of Hancock “denigrating” the high court’s ruling against him by careful selection of figures in order to “minimise the significance of the breach of obligations which the Court has found”.

Hancock sheepishly denied these allegations in a public statement that then went on to argue that it was “in the national interest” that he broke these laws. Claiming that it was “right” for his team to focus more closely on buying PPE rather than filling out crucial paperwork, Hancock has repeatedly refused to apologise for his actions; most notably in a tense interview for Good Morning Britain with Piers Morgan. In the interview Hancock instead argued that his team should be being thanked for their efforts to maintain adequate PPE during the pandemic, as he also has made recent claims denying that the NHS suffered a national shortage.

Dolin Bhagawati from the Doctors’ Association UK criticised these claims by Hancock as “disgustingly disrespectful” to the memory of frontline colleagues who died while attempting to raise concerns over insufficient PPE. Bhagawati also recalled scenes from the first wave of the pandemic, where NHS staff were photographed wearing ill-fitting PPE while others manufactured their own gowns out of bin bags. The DAUK are only one of many that have called out Hancock on this public statements, including a long list of nurses and MPs across the country.

Despite the backlash, it would seem that Hancock is determined to stand firm in his statements, stating that he would “do it again” if put in the same situation. However, this does not change the judge’s ruling as Mr Justice Chamberlain ruled that the obligation to publish contracts “serve a vital public function” as the public had every right to see what areas tax-payers money is being spent in, something that is no less important during a pandemic as now only £2.68 out of £15billion can be accounted for in transparency papers.

This saga now continues as one of the £30million contracts is found to have been awarded to a firm with no history of medical goods, allowing them to make test tubes for Covid testing. The firm, Hinpack, is run by Alex Bourne who used to run a pub near Matt Hancock’s old constituency home in West Suffolk, with the two of them knowing each other well. This raises concerns over the safety of the firm as well as the moral concerns of using a “high-priority lane” given to referrals from those with political connections.

The government has refused requests calling for the publication of a list of companies on this fast route but the firm, Hinpack, is currently being investigated by the Medicines and Healthcare products Regulatory Agency, to ensure that quality standards are being met. Hancock denies all allegations of preferential treatment towards the firm but many people remain outraged at this display of ‘chumocracy’.