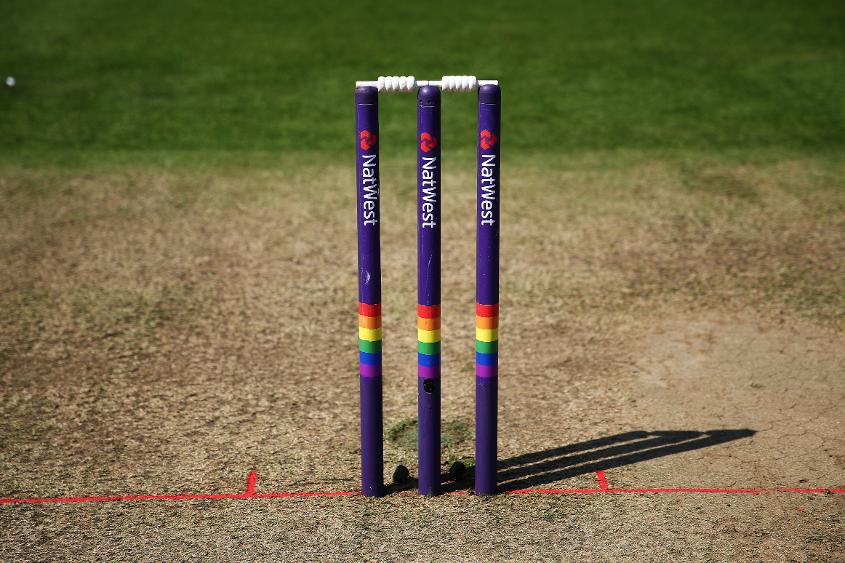 In the history of English Cricket, 16,051 men have played first-class (professional) cricket in the 150+ years since the most quintessentially English of sports was rationalised. Out of these, only two men, or 0.00012%, has come out as homosexual; Alan Hansford and, most recently, Steven Davies. Hansford, who enjoyed an average professional career for Sussex between 1989 and 1992, was the first to come out 16 years after the end of his career and is now an accountant by trade. Davies, who represented England thirteen times between 2009 and 2011, came out just days after the completion of England’s famous 3-1 victory in the 2010/11 Ashes series in Australia, stating in an interview with the Daily Telegraph that he was “comfortable with who I (Davies) am – and happy to say who I am in public.” Since then, sadly, Davies stands alone as the only currently active gay professional in the English county system that is some 404 strong. This article aims to look at why cricket, and perhaps male professional sport in general, struggles with its LGBTQ+ representation and identifies a myriad of explanatory factors.

Homophobia is almost certainly the elephant in the room when it comes to this topic. As hundreds of inches of various columns and journals have been taken up by writers and commentators of both society and sport who are greatly more experienced and well-positioned than I am, I will leave the commentary on this issue to them. However, I would like to put in writing my own personal stance on these issues in two different ways.

Firstly, anyone who has to drop themselves to the level of commenting on the sexuality of a person in an attempt to hurt them is a simply deplorable human who needs to move on from the eighteenth century.

Secondly, during my undergraduate degree, I completed a survey and several brief interviews with old teammates and coaches on the matter of discrimination within elite level sport based on both race and sexuality. During one of these interviews, a former coach said to me ‘why would you ever judge a players ability to score a goal, bowl a ball or run on the basis of their sexuality,’ and this quote has stuck with me since. It doesn’t, and shouldn’t, matter, yet it does.

A survey from the Equality network showed that 73% of LGBT sportspeople believe that the existence of transphobic and homophobic attitudes acts as a significant barrier to participation. Sport, and perhaps more specifically the people who play it at all levels of the game, need to do more to create an inclusive, enjoyable environment. An environment such as this is perhaps perfectly demonstrated by that seen in elite-level women’s sport. At the 2019 Women’s Football World Cup, there were 41 players or coaches who were openly gay or bisexual. The 2018 Men’s World Cup had none. England Women’s football team, nicknamed the ‘Lionesses’, had 5 openly gay or bisexual athletes competing at the 2019 tournament. In July 2020, an unnamed Premier league footballer anonymously wrote a letter to the Justin Fashanu foundation which was released to various media outlets describing how football isn’t yet “ready for a player to come out” and how “the game would need to make radical changes” in order for him to feel able to reveal his identity.  Women’s sport comes with an environment that is ‘more open-atmosphere at matches, it’s more family-orientated,” according to Eric Najib, a former player and current manager of Stonewall FC, the world’s most successful LGBT+ football club. Whilst the atmosphere at Men’s football matches is described as ‘tribal’ and ‘laddish.’

In this sense of ‘tribalism’, many fans will often cross the line in order to express their emotions in celebration or anguish, as can be seen with the foul racial abuse which many black footballers have received via Social Media after a loss. The fear then, is that a gay footballer would likewise receive foul, abusive comments about his sexuality after a poor performance. A 2016 survey from The Independent suggested that 82% of fans would accept one of their team’s players coming out as gay So, let’s do some maths on this. On average in the Premier League, 90% of tickets sold per game are allocated to supporters of the home team. So, at Manchester United, roughly 68,000 people in a sell-out crowd at Old Trafford will be supporting the ‘Red Devils.’ According to the 8% statistic, this means that 5,440 fans, or the entire population of Treherbet, a village in Wales, would be openly against a Gay player playing in the red shirt. 8% is not a big number; 5,440 people is, and given the now extreme access that fans have to a players personal life via Instagram and Twitter, these people could easily display their homophobic attitudes and prevent other players from taking the step to be open with their sexuality.

Saturday the 27th of February 2021 will mark a decade to the day since Steven Davies came out to the world. His story shows that after a few days of headlines and interviews around the cricket playing world, he became another cricketer who wanted to represent his country. It is telling that when researching him for this piece, many of the pieces I found discussed his enviable career and batting statistics, before a small paragraph at the end detailed his personal life. At the end of his ‘coming out’ interview, Davies remarks ‘if I can just help one person to deal with their sexuality then that’s all I care about.’ The England and Wales Cricket Board, the National Governing body for the sport in England, has to do more. They currently have two of the best players in the world, Nat Sciver and Katherine Brunt, who are married and currently playing for the England team, yet apart from granting a few media outlets exclusive interview rights, they have done nothing officially to promote or encourage a conversation.

The only thing they do annually is the annual round of fixtures celebrating the ‘Rainbow Laces’ campaign, where the stumps have a rainbow emblazoned onto them and all players wear the laces. This is all for show, however, and meaningful action needs to be taken. Granting interview access and creating a dialogue with the Stonewall charity, in addition to spreading the message to younger generations that cricket is for everyone, are the clear next steps. English cricket has perhaps let down Steven Davies. Whilst it would be totally inappropriate to hold Davies up and draw attention to him, greater promotion of him and his story could have done a world of good in showing that sport is, truly, for everyone. I have recently been inspired by the work of the President of Sport, Sian, and how she uses her platform to discuss LGBT athletes, as well as sharing both her own, and various AU members’, coming out stories. We need more people to be brave enough to follow in these footsteps.

‘The Journey of a thousand miles starts with a single step’