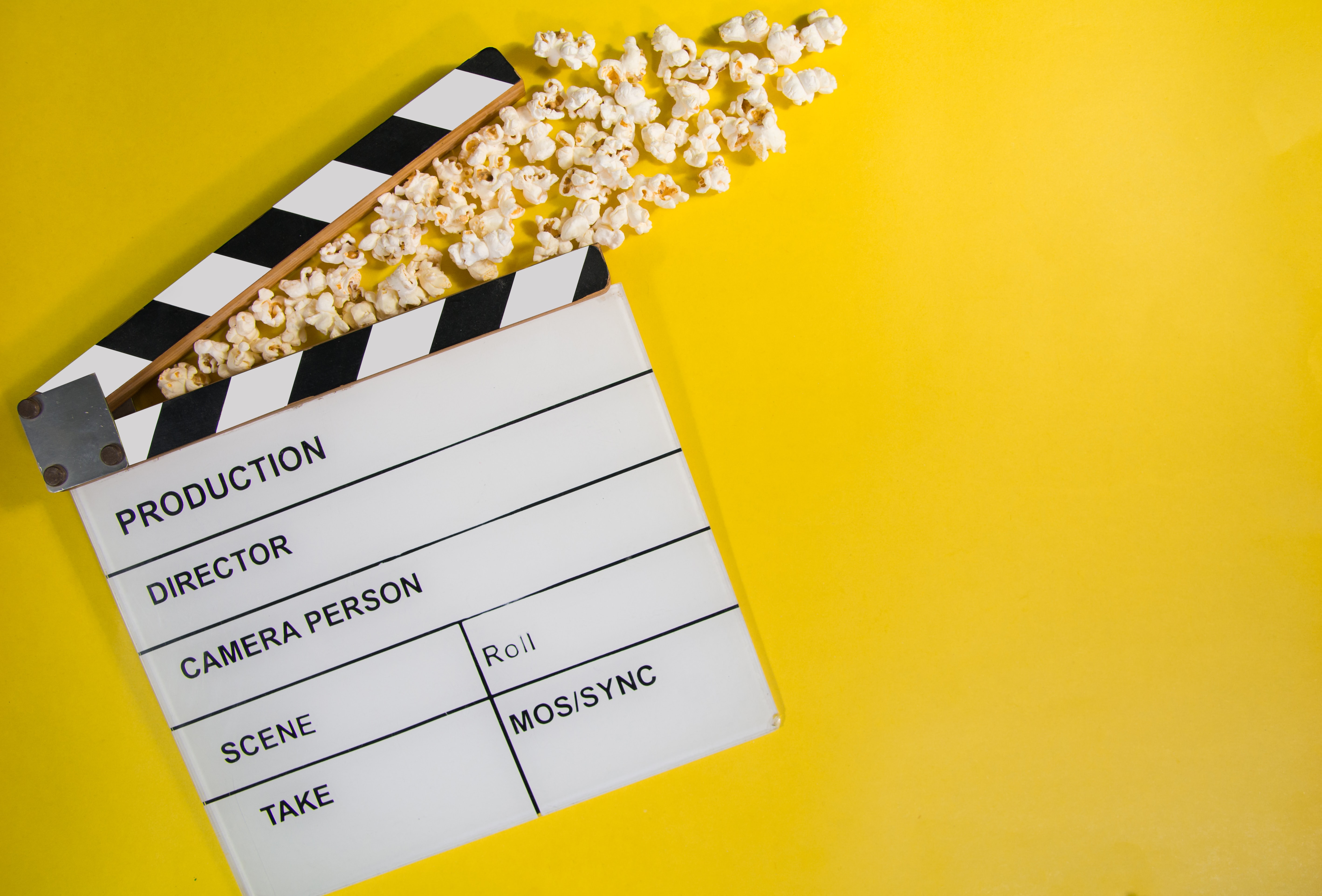 2021 started off in a very rocky way regarding films and their cinematic debut, with many being continuously pushed back, delayed or released on streaming services where most of them did quite poorly. Other than this the year went on, and as more and more films released, there was a quick realisation of the calibre of films being released in 2021, earmarking it as one of the best years for cinema in the past few years. As a result, it was difficult to narrow down which  films would make it on to my list of the top ten films for 2021, please bear in mind that some of these descriptions may contain spoilers so there is a SPOILER ALERT !

Surprisingly not the only 2021 film about a character finding out they are in a simulated world, Free Guy is most certainly the best of the two, out doing The Matrix Sequel on many levels. What was originally seen as a film, that would be 90 minutes of action with no story, surprised most viewers with a interesting perspective on free will, personality and a brief glimpse into how AI could be used in the future. This is why this seemingly unremarkable film is making its way onto this list as at 10, with its excellent storyline and brilliant performances from Joe Keery and Jodie Comer. Now available to watch on Disney+ it’s an exciting and fun film to watch with a nice underlying storyline about morality. Personally, I would give it a 7.5/10.

One of the most anticipated and fought for films in the last decade of cinema, with the DC fan base fighting Warner Brothers with #ReleasetheSnydercut, fianlly made its way onto people’s screen. Many fans of the film would definitely want to see this film rated higher on this list, but personally for me whilst the film lived up to many expectations, and definitively improved on the terrible 2017 original film, its extended runtime and horrifically overused slow motion scenes it didn’t make it any further up the list. It did however give us my favourite iteration of The Batman so far with Ben Affleck and also giving one of the best scenes of the year with The Flash turning back time.Whilst it is a shame that we will never have a sequel, it still was an interesting film to experience. Personally, it would be a 7.7/10.

A film that was incredibly fuelled by nostalgia it was a huge improvement on the 2nd and 2016 version of the Ghostbusters films. It jumped away from the familiar and reusable story of ghosts invading New York city in various ways, Afterlife brings some new and old actors back into the world of Ghostbusters and brings them out in to the middle of a backwater town to deal with the menacing presence of ghosts breaking through into the world and the possible return of Gozer. Whilst elegantly sidestepping the death of Harold Ramis many years before the film was even developed with his character of Egon dying in the beginning, later in the film the nostalgia was increased with the return of the original Ghostbusters whilst combining them the new members of the film it is a brilliant end to the Ghostbusters story whilst still containing the possibility of another film. Personally, it would be a 7.9/10.

7- Shang-Chi and The Legend of the Ten Rings

Coming from one of the most recognisable and biggest studios in the world, the announcement of Shang-Chi was an interesting move for marvel as it was taking a lesser well known character and bringing them into the spotlight. It was seen as one of the less interesting Marvel films but actually has become a fan favourite film for many Marvel fans whilst also opening up many opportunities to bring the character back into the MCU, and possibly making the character a front runner in future Avengers films. Seeing so many new and racially appropriate casted actors in the film was refreshing and a brilliant follow on to the previously diverse solo film of Black Panther, it also is refreshing to see that for many films it has opened the fans of Marvel into looking into the actors previous films so more fans are looking into Asian Cinema. Personally, to me this film is a solid 8/10.

Again, another DC film that is being used to possibly Retcon or even just erase the previous film. The Suicide Squad is never really explained if it is a direct follow on from the 2016 Suicide Squad. James Gunn an already seasoned comic book director took a shot at the Suicide Squad doing something many Fans enjoy seeing, by taking many unknown characters along with side fan favourites from the comics and bringing in some excellent veteran and rather unknown actors to portray them. The twists and unexpected deaths through out the film is so well balanced with the comradery and relations between the characters in their small groups along with the mysterious and wacky villain reveal of Starro, one of the more peculiar characters in comic book history it was a surprise how impressive it was in scale and in storyline. Personally, for me it was a 8.2/10.

The final James Bond film following the exploits of Daniel Craig’s depiction of the Ian Fleming character, it hits the story points of the films before it, whilst also tying up all the characters previous missions. The film follows a retired bond enjoying life before he is hunted down and finds out his wife is actually working for the enemy, he disappears and becomes a recluse in the West Indies until a struggle surrounding his past demons and a world killing weapon having the possibility of falling into the wrong hands he must once again save the world. All the side characters are intriguing and further the story rather than just watching James Bond work. They would be able to carry their own film without the character of Bond himself. Another unexpected part of the story is the character deaths first with the ending of the fan favourite Bond Bromance with Jeffrey Wrights, Felix Leiter being murdered. And in the final act of the film an emotional goodbye from Daniel Craig as the audience and the actor Say goodbye to this iteration of Bond. Personally, for me the film would be an 8.5/10.

Based on the book by Frank Herbet, Dune was the new project of fan favourite director Dennis Vinelleuve, with his master craft of storytelling and adaptation, it was appropriate that Vinelleuve would take up a project of this scale and show the world the story of House Atreidies. With the film boasting an incredibly talented cast of actors in various roles including the standout performances of Oscar Isaac and Stellan Skarsgaard. Alongside this the world building and effects are sure to grab the Academy’s attention come Oscar season. The strongest aspect the film is its story telling and detail, to some the film is seen as boring and unnecessary but to most viewers the film is building up to something big with the end of the film revealing it is only part one of the dune franchise meaning that there is so much more to come and for one, I am very excited to see the story of Paul Atreidies continue. Personally, I would rank the film an 8.8/10.

3- Mitchel’s vs The Machines

For most people it may seem strange to have this film so far up the list but it is a film that really surprised me this year in just purely how good it was. It was a film that flew relatively under the radar with it being released on Netflix with minimal promotion, but the film is a beautifully animated and heart filled film about family, and the robot apocalypse. It takes both sides of the story in an interesting way with some unique points about advancement in technology and how dependant we are on phones and computers. The true heart of the film however, is the story of family and how a father and daughter who argue and are consistently at each other’s throats find a way to understand each other and finally bond before the daughter leaves for college. The film contains some brilliant emotional voice acting and some overly cheesy gimmicks but it doesn’t damage the film in any way. Bringing forward an emotional storyline and some gorgeous animation this film is a must watch. Personally, I would rate this film an 8.9/10.

Another animated film this year that received minimal advertisement and was released on a streaming service. Luca is in one word wholesome, everything about it is feel good and makes the viewer feel something that many people have longed for. The film is filled with childhood wonder, friendship and love in so many ways, with many emotional moments that will make anyone tear up. The film follows two fish boys as they run away for an adventure in an Italian town where the towns folk consider them Monsters. The film focuses on friendship as the two boys help a local girl in a triathalon in the dreams of winning enough money to by a Vespa scooter. Of course as many films do it takes a darker turn and the two friends fall out, but they make up in the end and do what is best for each of them in a tear jerking goodbye scene. I would personally rate this film as a 9.2/10.

Most people will know why this film is coming in at number one. As the most recent marvel film to release, many fans already wanted to see Tom Hollands Spider-man suit up again and take on the villains and save the day. Of course as most big films these day, leaks are constantly coming out with everyone speculating who and what was going to appear in the film. It is quite possibly one of the most talked about films of the past decade with every Spider-man fan of each era excited for the film and the possibility of seeing all three Spidermen sharing the screen. The film delivered on all levels and more with cameos from several different characters. It was a concern of many fans and myself is that the films plot would be overcrowded and just filled with fan service, but luckily the film still delivered a brilliant storyline. Some moments even filled the room with claps and cheers and rightly so. The film was brilliant and quite possibly will be regarded as the best MCU and Spider-man movie of all time. Personally, I would rate this film a 9.5/10.