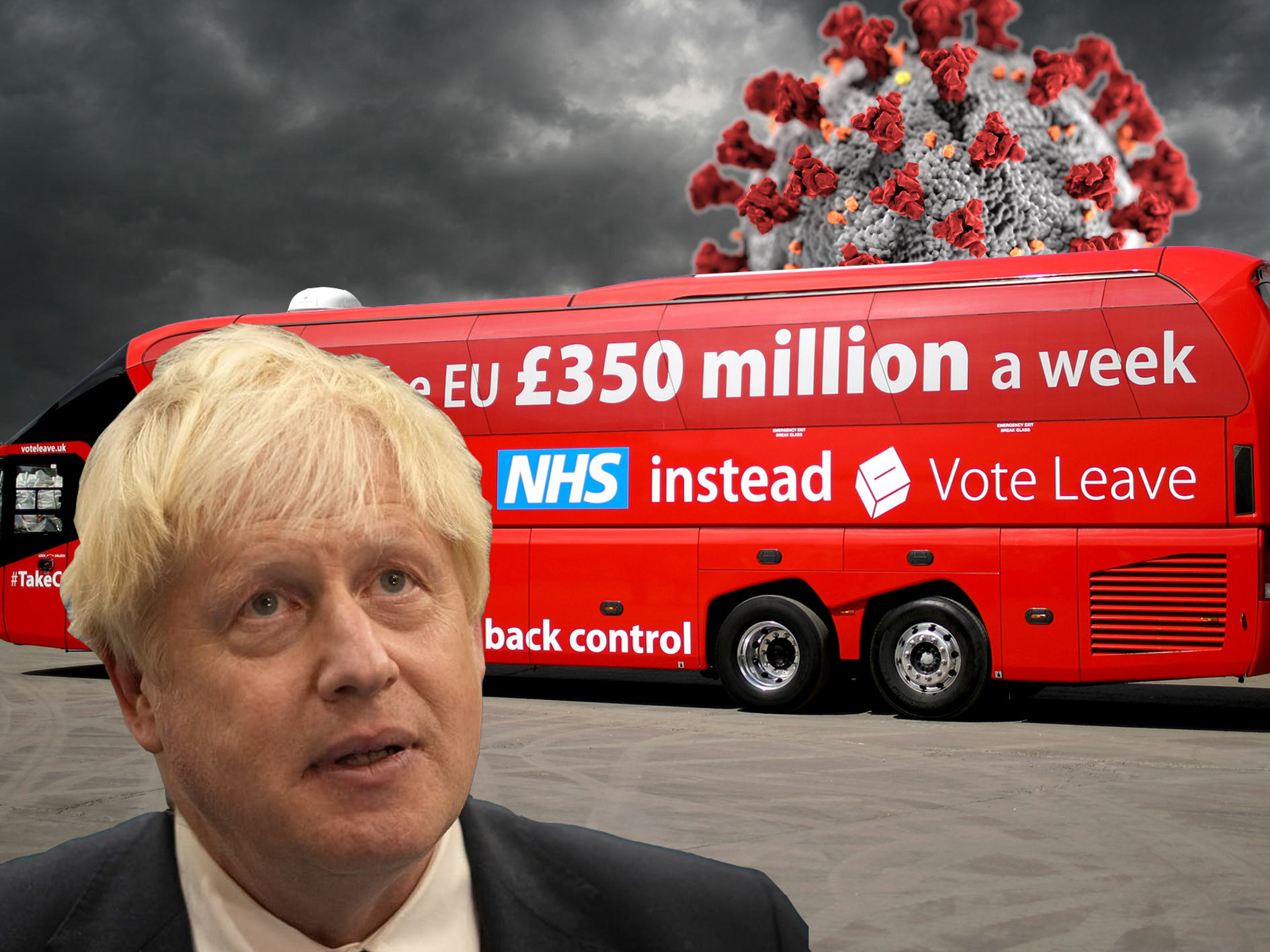 The Great Lie: How the British Government Gaslit a Nation

Gaslighting is a term which has become increasingly mainstream over the last few years, but what does it really mean? The term refers to a type of manipulation often used to convince someone that their version of reality is skewed or incorrect, and often leads to the belief that something is wrong with the victim rather than the perpetrator. Gaslighting is an insidious type of manipulation that leads to dangerous results in the long-term, and it is a term that can be applied the current British government.

Politicians have famously told lies throughout history; it almost comes with the job description. Bill Clinton lied when he said, ‘I did not have sexual relations with that woman’, Richard Nixon lied about Watergate, and in the UK, well, the lies have just been spilling in over the years. It’s difficult to know where to begin when listing the falsehoods told by our current government, whether it be Brexit or Covid-19 contracts – they’re piled high, and still piling. The lies being told to the British people are a blatant form of gaslighting, but what are these lies? And what are the consequences?

Most of us will have seen the famous Brexit bus: The red bus that made its way around the UK with the statement ‘We send the EU £350 million pound a week, let’s fund our NHS instead’. It was a loaded statement, and one that was presented and interpreted as, ‘If we leave the EU, then £350 million will go to the NHS each week’. Our now Prime Minister Boris Johnson, alongside ardent Brexiteers took the bus across the country to persuade the British people to vote ‘Leave’ in the Brexit referendum. Now whilst this wasn’t a campaign directly endorsed by a particular political party, its main spokesperson is now our Prime Minister, and the remnants of his manipulation could be felt when Boris Johnson oversaw obtaining a Brexit deal. It is also important to point out that Dominic Cumming, the man who led the ‘Leave’ campaign, and who was partly responsible for the Brexit bus, eventually became Boris Johnson’s right-hand man when he became prime minister. The slogan was a manipulation of phrasings to convince the British people that Brexit would help the NHS, which is a sacred institution within the UK, and it was orchestrated by the two men who would go onto “GET BREXIT DONE”. Ultimately, £350 million a week didn’t go to the NHS, and let’s be honest, were beginning to see that Brexit was the biggest of the British government’s lies, the bus was just the first indication of where we were heading.

Following the tragic murder of George Floyd in the summer of 2020, the Conservative government decided to investigate institutional racism in the UK. For those who may not be aware of the term institutional racism, it refers to racism which disproportionality effects people from ethnic groups at a systemic level. In light of the Black Lives Matter protests last summer, the government commissioned the report on Race and Ethnic disparities to find whether the UK was institutionally racist. The results said the UK was not institutionally racist. This however came as a shock to many people in the UK who have faced racism at a systemic level in this country. For instance, we should take a look at the disproportionate number of black people who are stopped by the police during stop and search. According to the GOV.UK website, there were 6 stop and searches for every 1,000 White people, compared with 54 for every 1,000 Black people, between March 2019 and April 2020, despite the population of black people in England and Wales being approximately 3.3% compared to the 86.6% of white people. This disproportionate number of stop and searches against black people is just one example of institutional racism yet it also feeds into other aspects of daily life such as schooling: It was found in 2014/15 that Black Caribbean pupils were about three and a half times more likely to be permanently excluded from state schools than white pupils. Forms of institutional racism such as these, which are multigenerational, are why the government report was seen as blatant gaslighting by many people in this country. The experiences of ethnic minority people in this country, and the racism they face daily, contradicts the report in vast ways. It also contradicts the Lammy review, a report by Labour MP David Lammy that examined “The treatment of, and outcomes for, Black, Asian and Minority Ethnic individuals in the Criminal Justice System”. The review identifies key points of institutional racism within the UK’S criminal justice system, so how can the government now say that this country is not institutionally racist when it had already accepted the results of that report? The criminal justice system is a UK institution. Yet, it’s not hard to believe that this report would come from a government headed by Boris Johnson, a known racist who supports the actions of the British empire, and whose idol is Winston Churchill, the man who created concentration camps. The report’s findings are a major red flag of the government’s attempts to minimise the extent of racism in this country and shows blatant disregard of the experiences of ethnic minority people in the UK.

Where do you even begin when it comes to the governments lies and manipulations around Covid-19? From unethical PPE contracts, lies about what date the first lockdown started and a whole host of other lies, it is safe to say over the last two years the lies and scandals have just been rolling in. A few months ago, it was revealed that former Health Secretary Matt Hancock had been having an affair with an aide during the Covid restrictions. When Hancock went on national television and told everyone, ‘Hands, Face, Space’, this did not seemingly apply to him. The video of Matt Hancock in his office kissing his aide was plastered over the internet, yet he refused to resign, and Boris Johnson refused to sack him. This told the British people that Covid restrictions could be broken if you are a Tory MP but not if you’re anyone else. We saw the same belligerence around half-way into the first lockdown, when Dominic Cumming, the prime minister’s right-hand man made a trip across the country with his family, despite him and his wife having Covid and travel being restricted at the time. Again, instead of Cummings resigning or Johnson sacking him, Cummings decided to hold a press conference in which he described his trip to Barnard Castle as ‘testing his eyesight’. And they expect the British public to believe them! That comment disregards the British people’s intelligence and is a clear indicator of how far the government is willing to go to protect one of their own. These incidents alongside wider issue such as giving Covid-19 contracts to Tory donors and friends, alongside failures of test and trace and numerous other events highlight the extent of government lies during the Coronavirus pandemic.

These are but few examples of the government’s most recent behaviour but their blatant gaslighting has been going on for years and is continuing at this moment. Many are calling this government the most corrupt in modern British history, with scandal, corruption and lies being commonplace in our daily news cycles. It seems that no matter the actions of the government, they continue to get away with it. But one thing is clear: the current trajectory of British politics is dangerous, and we must make sure we are holding those who represent us to account.