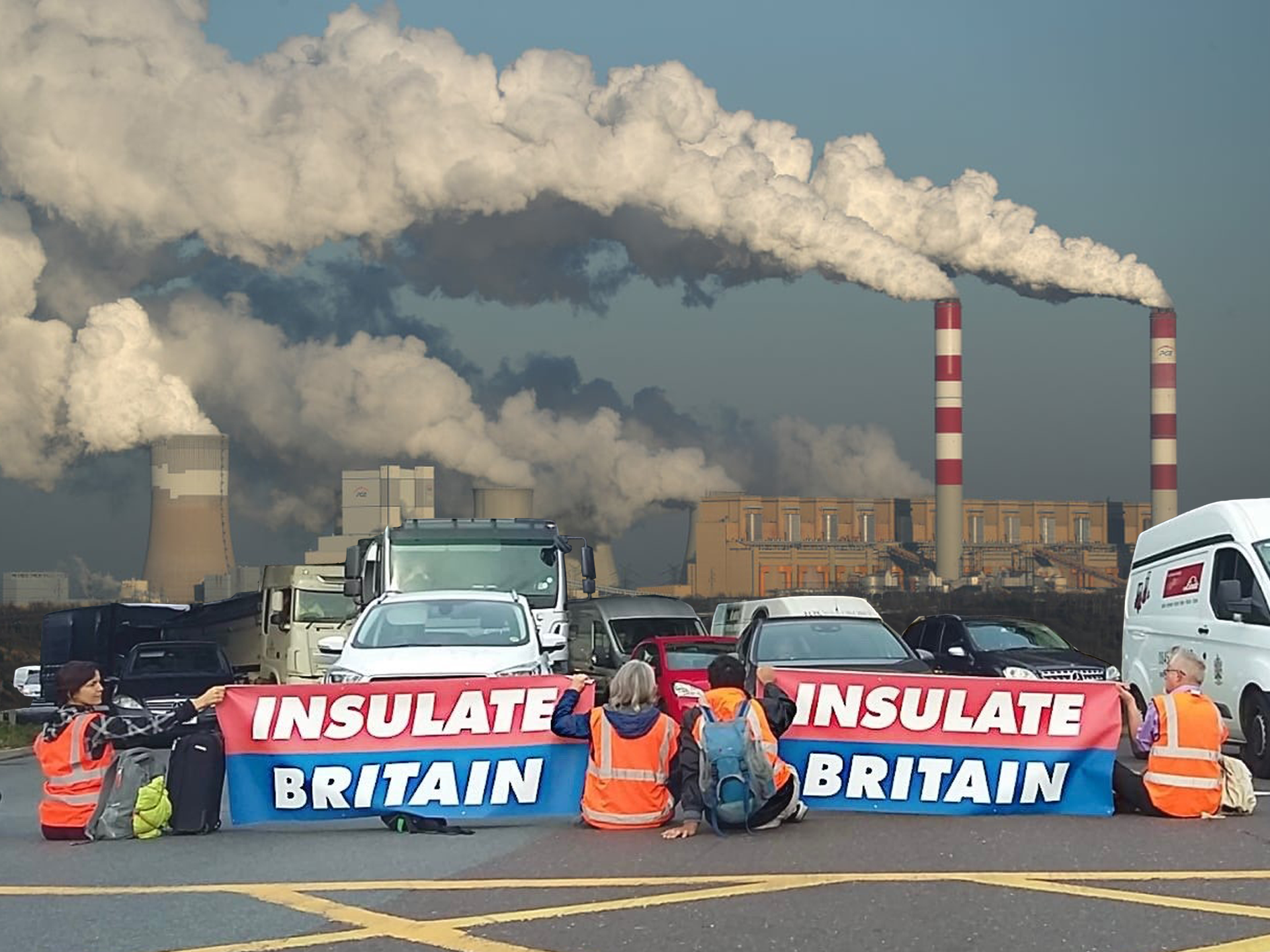 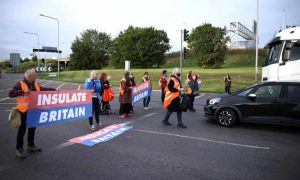 Credit: Henry Nicholls/Reuters via The Guardian

Most of us have all seen the videos making their way through social media and news cycles of groups of people organising ‘sit-ins’ on roadways. These people are a group who go by the name of ‘Insulate Britain’, and they have been blocking the roads to get the public, and mainly the governments attention to their cause. The main reason this group has been in the news is because their actions have been causing numerous problems, particularly to everyday working people. As a result of their disruption, numerous members of the public have taken it into their own hands to try to move the protestors out of the way, and this is where the videos come into play. I have seen members of the public dragging the protesters out of the road, restraining them, and even driving dangerously close to the protestors; all in frustration. These actions may sound harsh out of context but it is somewhat understandable why the protestors create such a reaction, but is it worth disrupting the daily lives of random pedestrians for their goal? They are ultimately causing disturbances, particularly to those who are trying to get to work or an appointment which does in fact make the actions of the public towards these protestors seem slightly less extreme. However, the point is whether this attention has been positive or negative?

What is it that Insulate Britain want? The group’s goal is focused towards the UK government immediately pledging itself to taking responsibility for, and fully funding the insulation of all social housing in Britain by 2025. They believe ‘that the UK government [should] immediately promise to produce within four months a legally binding national plan to fully fund and take responsibility for the full low-energy and low-carbon whole-house retrofit, with no externalised costs, of all homes in Britain by 2030 as part of a just transition to full decarbonisation of all parts of society and the economy’. Their objective clearly aims towards having the British government take greater responsibility for the environment and, as the name suggests, ensuring that all types of housing be made more accommodating for the changing environment. It is important to note that Insulate Britain do make use of scientific and statistical research on their website to back up their claims – they are not just pulling them from thin air. Notably, they comment on the fact that ‘in order to meet UK commitments under the Paris Agreement to stay below 1.5C, and legal obligations under the Climate Change Act 2008, as amended in 2019, emissions from heating and powering homes must be reduced by 78% in less than 15 years and then to zero by 2050’ which clearly demonstrates their reasoning for focusing on the issue – it is one that has a time limit. These statistics provide some evidence for the for the groups actions particularly when you consider the fact that ‘nearly 15% of the UKs total emissions comes from heating homes’ which is a large enough of a percentage to have an impact if it was changed making it somewhat understandable why the group is choosing to take action.

As members of the public, those in Insulate Britain have the right to make use of free speech, to hold demonstrations and to call the government out on their actions – or rather lack of action in Insulate Britain’s eyes. However, the way that they choose to do this is what has become the issue, and a serious topic of controversy. Insulate Britain’s somewhat extreme action might be a result of their connection with Extinction Rebellion, a group that has also faced criticism for their affirmative action protests in the past. Although they are not affiliated with the environmental group they are linked through those higher up and this is clearly why both groups take a similar approach to their protests. Extinction Rebellion is also famous for making controversial headlines, and taking action in public places in order to gain public attention. There is no denying that Insulate Britain has done the same thing, and they definitely have gained a huge amount of attention from the public – and I can imagine a majority of the country have heard the name as a result of their media attention.

Although I agree with what Insulate Britain are trying to achieve, I am not quite sure if they have been going about it in the right way. It is clear that through their actions Insulate Britain are trying to gain more support from the public so that a change in public opinion, which in turn places more demand on the government to act. The fact that they are impacting everyday people’s lives is what I take issue with. As someone who supports the efforts of Greenpeace, I am not someone who is strongly opposed to extreme action that garners press attention. However, I am not quite sure how often Greenpeace have affected the lives of everyday, working people in Britain. Insulate Britain has. By blocking motorways and any other road, the group has created a sense of division from the public and a significant amount of debate about their cause. The tactic is more confusing than effective, angering the public will not grant them any sympathy, which is ultimately detrimental to what might be a powerful cause. Whilst it is hard to fully direct your efforts towards the government I am failing to see how this tactic is going to gain as much support as the group needs. If a group is struggling to have inside influence [within the government] then they need to be able to have a large amount of outside influence which requires the support of the public in order to make any real difference. As the protests continue it is clear that the group might be failing to achieve this. Admittedly I don’t have an immediate answer to what the group should be doing differently but I definitely think that they could take advice from other environmental groups that have successfully implemented change through their campaigns. Particularly when Greenpeace used their outside influence to create a successful campaign to stop the dumping of the Brent Spar oil rig into the ocean. There has to be a better way than frustrating the British public?