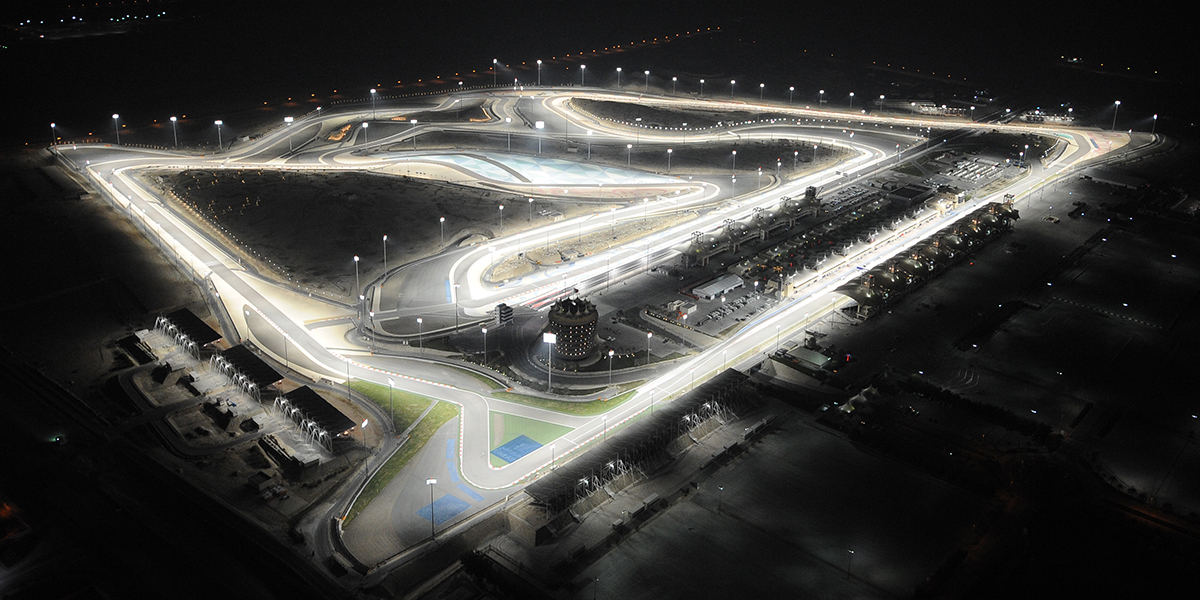 Gearing Up: All You Need to Know Ahead of the 2021 F1 Season

With all 10 cars for the 2021 season now revealed, now is the perfect opportunity to get yourself caught up on all the F1 news you need to know ahead of lights out in Bahrain on 28th March.

Already we have come across one of the first changes of 2021: the opening race of the season. Since 2006, Australia has been the host of all but three of the season openers including last year when the race was cancelled due to the Coronavirus Pandemic. For the second year running, the F1 calendar will not begin in Albert Park due to Covid-19 related restrictions down under and we begin the year instead at the Bahrain International Circuit. F1 fans will be hoping for a competitive start to the season ideally with a repeat of a classic 2014 race at the circuit, dubbed “The Duel in the Desert,” which featured a riveting battle between then Mercedes team-mates Lewis Hamilton and Nico Rosberg. One thing the entire F1 community will be hoping to avoid however is a repeat of Romain Grosjean’s heart-stopping crash at the circuit last year.

A different opening circuit isn’t the only change for the 2021 season. There has been a lot of movement in the paddocks this year including:

So, before we dive into all of those changes, let’s establish the things staying the same this year. 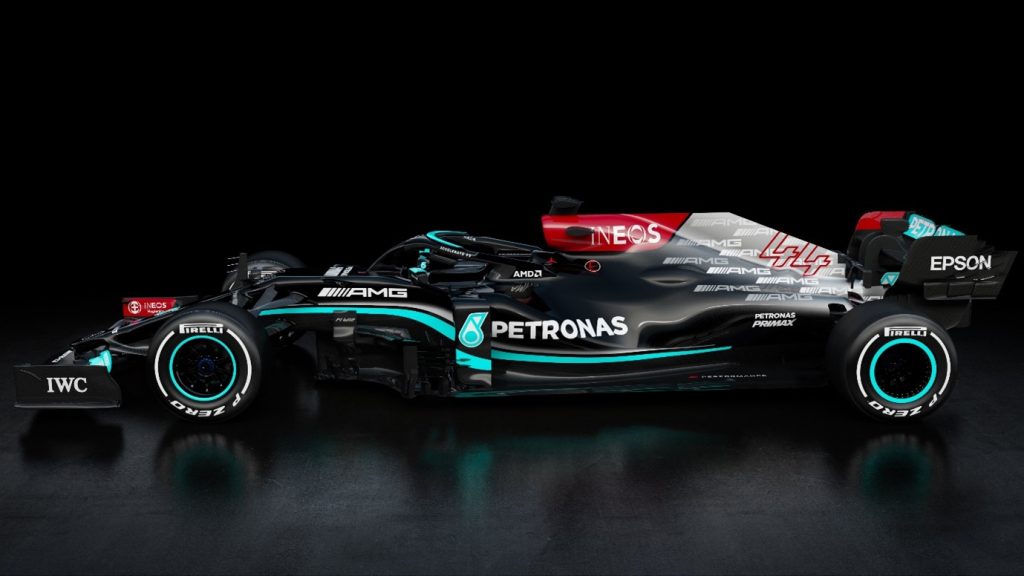 There are no major changes at the Constructors World Champions as they look to continue their domination and extend their record of most consecutive titles with an 8th. After equalling the great Michael Schumacher’s record of 7 World Drivers Championships in 2020, Sir Lewis Hamilton stays at the team after signing a one-year contract extension. Valtteri Bottas also remains in the team and will be eager to put up a bigger fight for the World Championship against his teammate than in his previous years. This may be the last year without major changes in the drivers’ line-up for the “Silver Arrows” with speculation mounting that the 2021 season could be Hamilton’s last as we may see him bow out as the most successful F1 driver of all time with a whopping 8 World Titles should he win another this year. 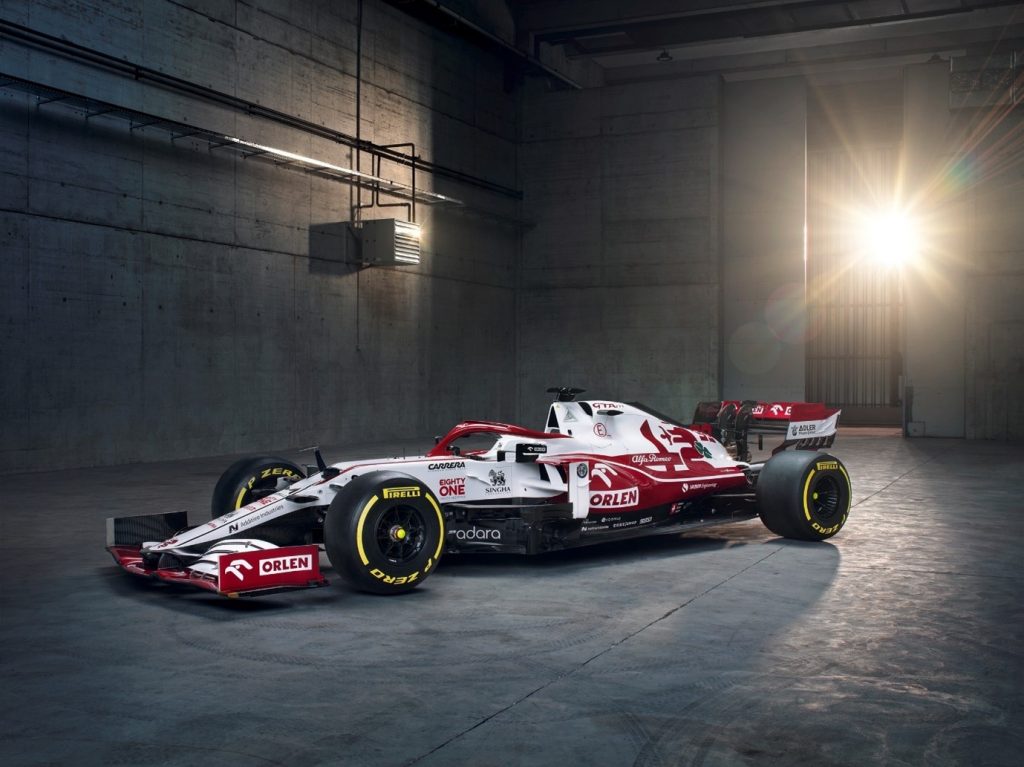 After a disappointing 2020 season which saw them only pick up eight World Championship points, Alfa Romeo will be another team looking for big improvements in the 2020 season as they aim for regular points finishes. No major changes at Alfa as both 2020 drivers continue on into the 2021 season. Former World Champion Kimi Raikkonen remains in F1 despite rumours that the grid’s oldest driver would be retiring at the end of the 2020 season. The Iceman showed that he is still more than capable of moments of brilliance with his outstanding opening lap of the Portuguese Grand Prix which saw him climb from 16th to 6th in the space of one loop of the Portimão Circuit. Raikkonen’s teammate remains the same with Italian Antonio Giovinazzi lining up alongside him. Giovinazzi, despite a poor 2020 season, stated he was ‘surprised’ he didn’t get promoted to Ferrari this season when a seat became available. This year then Gio will be looking to impress and reach the targets Ferrari have set for him if he is to stand a chance of racing for his native Italian team in the future.

It’s no secret that Williams has been nothing short of terrible the past few years. The team failed to score a single World Championship point for the second year running. Despite not scoring a point, 2021 saw some substantial improvement in the team largely thanks to George Russell. Russell earned himself the nickname “Mr Saturday” after managing to get his car into the 2nd Round of Qualifying on 9 occasions in 2020. His performances were so impressive he earned himself a shot in the Mercedes when Lewis Hamilton was unable to race in the Sakhir Grand Prix after testing positive for COVID-19. Nicholas Latifi stays at the team following his rookie season who also didn’t manage a single point in the championship last season. There is one major change however at Williams this season, as it marks the first full season without a member of the Williams family at the helm after Claire Williams stepped down from her role as Deputy Team Principle following the takeover of the team by Dorilton Capital. It’s safe to say most F1 fans will be rooting for Williams to step-up this year and earn themselves some much-needed points in the Constructors Championship.

And now to the rest of the grid where we see the major changes in driver line-ups. 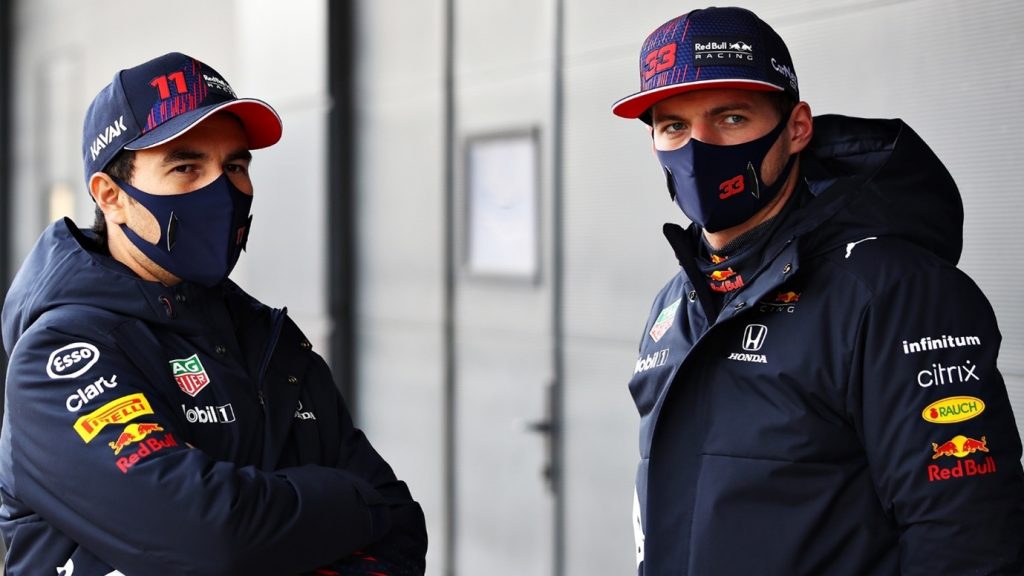 Red Bull is looking to seriously challenge Mercedes for the Constructors Title this year with the addition of Sergio Perez from Racing Point. Perez had the best year of his career in 2020 where he earned his first Formula 1 victory and replaces Alexander Albon who lost his seat after a year of relatively sub-par performances. Alongside him is Max Verstappen who many hail as a future World Champion in the making. This driver line-up has the type of talent and experience many expect should be able to truly bring the fight to Mercedes this year and spice up both the Drivers and Constructors World Championships. 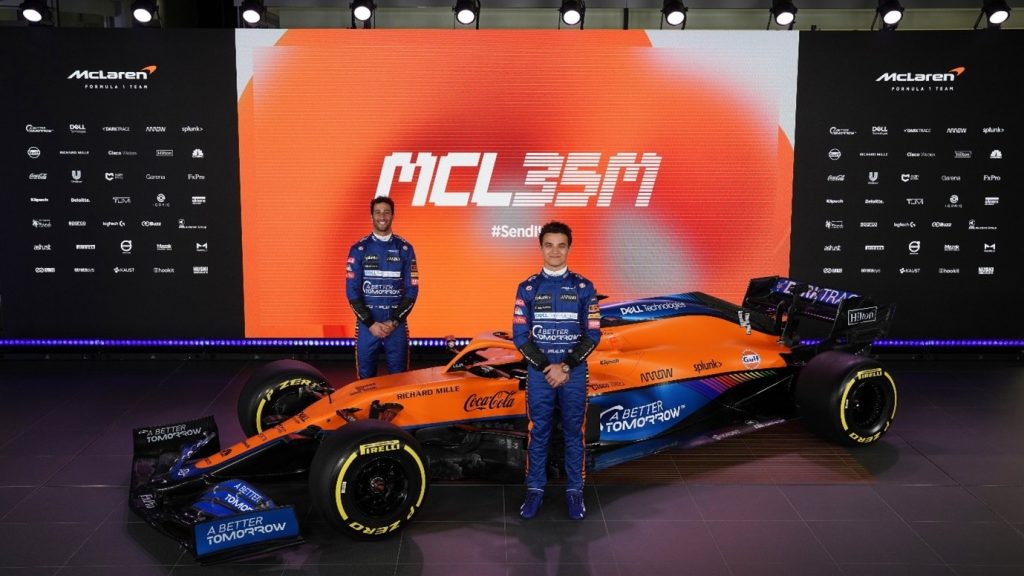 We now arrive at possibly the most hyped up driver pairing of the season; Lando Norris and Daniel Ricciardo. With McLaren snatching 3rd place in the Drivers Championship at the last race of the season in 2020, fans are very excited about McLaren and its future with these two in the hot seats. Ricciardo joins from Renault where he enjoyed 2 appearances on the podium (at the cost of a tattoo for his Former Renault Team Principal Cyril Abiteboul who made a bet against such an event occurring in the 2020 season.) He looks to challenge his new teammate, Lando Norris, who had a breakout year last year as he earned his first F1 podium. Norris earned himself the nickname of “Last Lap Lando” due to his series of overtakes on the final lap of races during the season; including a charge from 8th up to 5th on the last lap of the Styrian Grand Prix. Two fan favourites, these two will be looking to help McLaren on its climb back up the grid.

The first of our two ‘new’ teams for the 2021 season as we say goodbye to the “Pink Panthers”. Aston Martin (formerly known as Racing Point) return to the F1 Grid for the first time since 1960 with a livery of its signature green and a new driver in the form of Sebastian Vettel. Vettel joins from Ferrari where he had a season to forget in 2020 as he finished 13th in the championship with only one podium appearance. It was quite the decline given the hights Vettel reached in the Ferrari when he was challenging Lewis Hamilton for the World Championship in the 2017 and 2018 seasons. He joins Lance Stroll who stays on from Racing Point. Stroll has faced criticism over the years for being a “paid driver” with accusations of favouritism from his father who just so happens to be the owner of the team. Despite this, Stroll had the most successful season of his F1 career in 2020 finishing 11th in the World Championship. However, given that the team finished 4th, many argue that Stroll underperformed in the 2020 season and didn’t deserve to keep his seat over former teammate Sergio Perez. 2021 will be a key season for both Aston Martin drivers as they both look to bounce back from mostly disappointing seasons and Stroll looks to make a statement by beating his much more experienced and successful teammate. 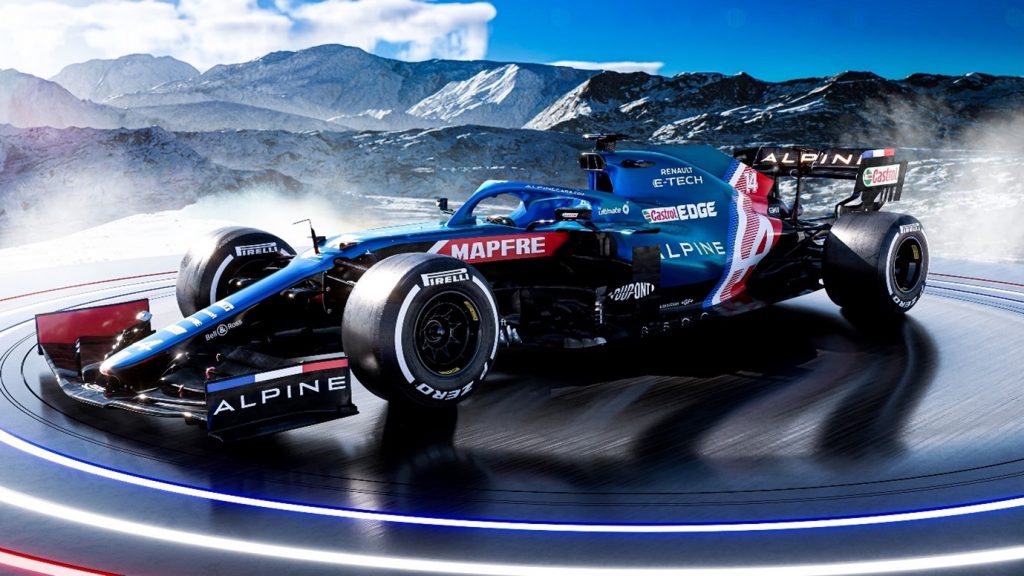 Alpine make up the other half of the teams running under a new name this year as the Renault team rebranded to promote their ‘Alpine’ line of sports cars. The French team will be taking to the 2021 grid with a sleek new red, white and blue livery which has proved a hit with most fans. A name isn’t the only thing that’s new for the team as they have a new (yet familiar) driver this year with former two-time World Champion, Fernando Alonso. Alonso makes a return to F1 following his retirement at the end of the 2018 season but the Spaniard hasn’t exactly had the most conventional of retirements, spending his time racing in Indy Car and Endurance Racing. The question remains though if Alonso’s better days are behind him as his teammate, Esteban Ocon, will be looking to prove. Ocon had a relatively quiet but nonetheless positive 2020 season as he achieved the first F1 podium of his career. The Frenchman will be looking to make a mark on the F1 world this season by beating his world title-winning teammate in what could be an intriguing battle. 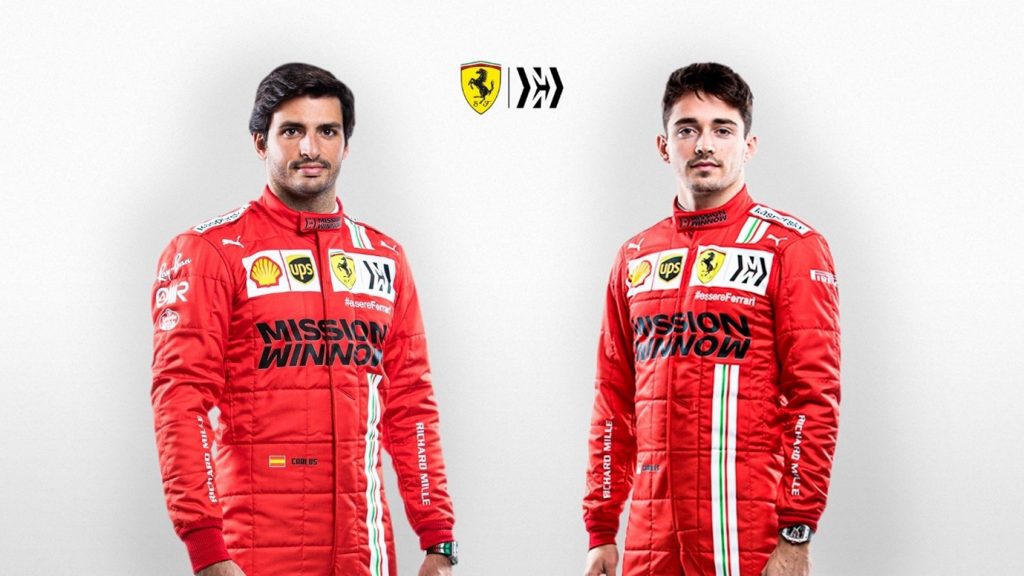 Oh, Ferrari. They had the season to forget in 2020, finishing 6th in the World Championship. A truly shocking result given they were going wheel-to-wheel with the Mercedes team as recently as the 2019 season. Their fall from 2nd to 6th has been tough to watch and it’s safe to say the loyal Tifosi will be looking for MAJOR improvements in the 2021 season.  Charles Leclerc stays at the Prancing Horse and proved last year why many tip him as a future World Champion as he massively out-performed his car and managed to gain himself two podiums. His qualifying lap at the Sakhir Grand Prix was nothing short of spectacular as he was able to drag his car up into the 4th spot on the grid. This year though, Leclerc faces a new challenge in the form of a new teammate – Carlos Sainz. Sainz joins the team from Ferrari which, for most F1 drivers, would be seen as a major step-up. However, Sainz joins the 6th place Ferrari from the 3rd place McLaren team and will be hoping that this season’s car performs significantly better than the last. 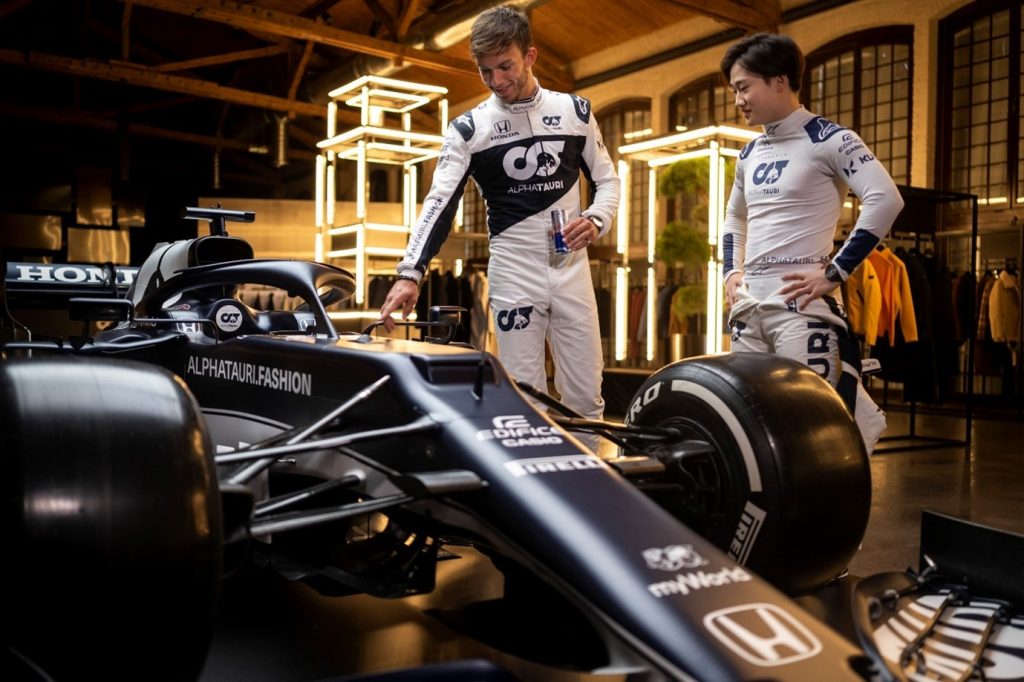 The junior team of Red Bull had a promising 2020 season as they earned themselves their first victory under the “Alpha Tauri” name. Pierre Gasly flourished following his demotion from Red Bull to claim the most heart-warming victory of the 2020 season at Monza. Alongside Gasly is rookie and Red Bull Academy Driver Yuki Tsunoda making his F1 debut. Tsunoda makes the step-up from Formula 2 where he finished 3rd in the Championship with Carlin. Given the number of driver changes in the Red Bull/Alpha Tauri system over the past few seasons, both drivers will be looking to impress and prove they deserve their respective seats. 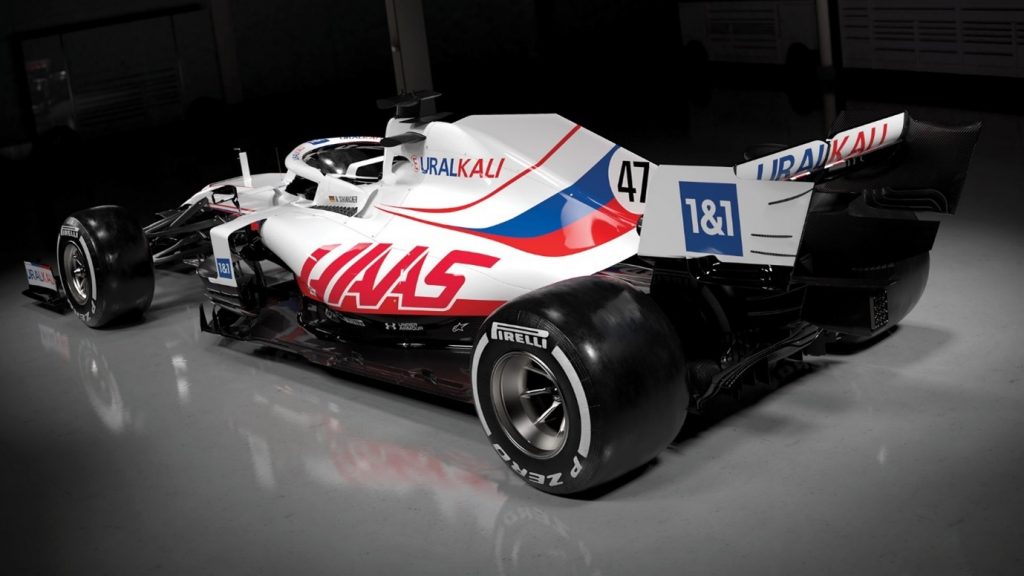 It’s a fresh start for Haas as they say goodbye to both Kevin Magnussen and Romain Grosjean in favour of two rookies. We will once again be seeing ‘M. Schumacher’ on the F1 time screens as the great Michael Schumacher’s son, F2 World Champion Mick Schumacher, makes his F1 debut. The Ferrari Academy driver brings a lot of potential to Haas, who have struggled on and off the track in recent seasons from sponsorship skirmishes with Rich Energy entrepreneur William Storey, to the dramatic scenes of Romain Grosjean’s infamous 2020 crash. The team are also bringing in another rookie who has quickly taken the title of “Most Unpopular F1 Driver,” Nikita Mazepin. Mazepin’s main goal this season should be to avoid any more scenarios in which he drunkenly gropes women and posts videos of it to social media. The controversy doesn’t stop there for Haas as Mazepin is also banned from racing under the Russian flag due to sanctions against the country for its history of state-sponsored doping. This proved no problem for Haas who decided to debut a brand new livery that sees the car wrapped from front to back in designs that look suspiciously like the flag of Russia. Let’s hope that the on-track action for Haas is less divisive than off.

The 2021 F1 Season gets underway at the Bahrain International Circuit at 4 pm GMT.