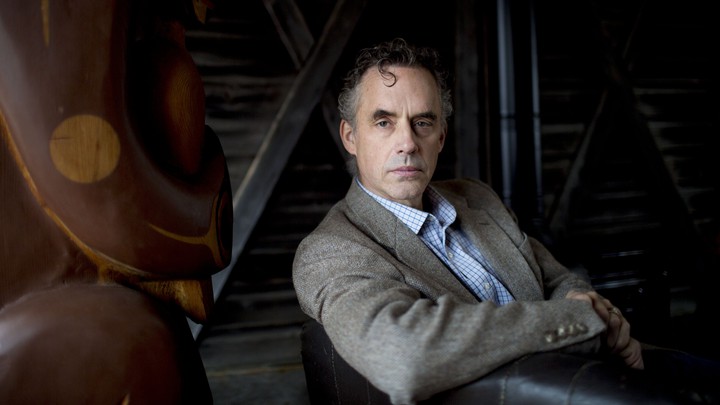 Jordan Peterson and the Current State of Masculinity

This is an Opinion Piece which solely reflects the writer’s personal opinions.

I was in a bad place a couple of years ago. Depressed. Nihilistic. Suicidal, and I even attempted to act on it. And without sounding like a fangirl talking about their favourite celebrity, it’s probably because of one person that I’m even here at all. That man is Dr Jordan Peterson.

I stumbled across one of his videos on YouTube, titled ‘2017 Maps of Meaning 11: The Flood and the Tower’, and with nothing better to do with my time, I watched the whole two-and-a-half-hour-long video, but it was during the last ten to fifteen minutes that something resonated inside of me. I watched more of his videos and I ultimately bought his book ’12 Rules for Life’ and it was then I developed a vision for my life. Now I’m in the final year of my undergrad degree, I have a conditional place for an MA I’m more than excited for and mentally I’m in a much better place (all things with COVID considering).

But how did we get to where we are? How did a psychology professor at the University of Toronto, in a few short years, come to be known as ‘the most influential public intellectual in the western world’? I think it’s time we set our minds back to 2016, to when Peterson’s fame, or infamy, had started.

The Canadian Government sought to introduce a bill that would protect gender identity and expression under the rule of law. This bill came with one caveat though, making the usage of someone’s preferred pronouns a mandatory requirement by law. While I will gladly use the pronouns that someone wants me to use out of politeness, I don’t think that the government has any place whatsoever in restricting, compelling or policing language. This is exactly what Trudeau and his government tried to achieve, who seems to have adopted the attitude of the British government of treating the population like children. Despite his career, his financial wellbeing and his reputation being on the line, it was Jordan Peterson who rebelled against this, going on interviews and debates to explain why this was not a good idea.

Despite being branded ‘far-right’ (which these days has become utterly meaningless), transphobic (despite saying that he will gladly use someone’s preferred pronouns), and the usual slurs that the far-left like to fling at people rather than actually having a discussion with them.

It was during this time that Peterson rose to prominence, and with his lectures becoming ever more popular, he had a book published, titled ’12 Rules For Life: An Antidote To Chaos’. This resulted in a worldwide tour with Dave Rubin, of whom I’m also fond of, and sold copies in the millions.

For the past couple of years, Peterson has had to take a backseat because of personal issues which I won’t go into detail about – if you want to know just look it up. But now he’s back, and with another book on the way, which you can guarantee I’m going to buy, one question that springs to mind, why is Peterson so popular?

I thought the answer was obvious, I genuinely believe that there is a crisis in modern masculinity. Are there aspects of traditional masculinity that are harmful? Absolutely. Are there aspects that are useful and attractive? Of course, there are. Peterson never intended for his message of responsibility and meaning to appeal to massively with men, ‘It just turned out that way’ Peterson said during his famous Channel 4 interview.

In the second episode of Modern Masculinity from The Guardian, one of the subjects, Neil says ‘It’s meaning that sustains people.’ This is one of the few times where I have seen an example of the mainstream media, particularly one on the left, that seeks to examine the current state of masculinity, rather than joining the bandwagon of proclaiming that the west is an oppressive patriarchy that must be taken down. And for that, we owe Iman Amrani our thanks and gratitude.

When asked why he thought men were in crisis, Peterson answered that he believed that it was because ‘in a deep level, the West has lost faith in the idea of masculinity, and that’s no different than the death of God’ echoing what Nietzsche wrote about the lack of belief in God, where a fundamental part of western civilisation results in what he predicted to be disastrous consequences, and that the reason why he received such a positive reaction to his lectures and his thinking is that he doesn’t buy into the idea that masculinity is not fundamentally about ‘carnage and pillaging’, ‘it’s not fundamentally rape culture or world-destroying’.

In another interview with BBC Radio 5, Peterson talks about the reaction that he has been getting from his audience saying that out of the five hundred people that stayed ‘most of them were young men, and one after another comes up to me and they shake my hand and they say ‘I’ve been listening to what you’ve been saying for about six months and it’s changed my life, I was depressed, I was addicted to drugs, my relationships weren’t working out, I was hopeless, I didn’t have any goal, I started cleaning up my room and telling the truth and working hard on myself and it’s really working and I just want to thank you for helping me.’ If over 500 young men are saying that, that speaks volumes on the problems that they are facing, now more than ever.

Peterson, without realising it, became the father figure that so many people did not realise they needed. It’s all well and good pursuing momentary pleasure that might feel good in the moment, but how is that going to help you in the long run? Many men and people more generally seem to live their lives on autopilot. They follow the general plan to go to school, get a degree, get a job, get married, get a pension, die. They don’t take the time to think about what gives their life some sort of meaning. I think that this lack of responsibility ultimately leads to an epidemic of infantilisation, which is not an attractive quality when it comes to dating and looking for a partner.

This article is not to say that either gender has it worse than the other, terrible things happen to people on both sides, however, we cannot possess a victim mentality for either party. Cassie Jaye gave an interesting Ted Talk about her time documenting the Men’s Rights movement for her project, The Red Pill, covering topics such male victims of domestic abuse, false rape allegations, paternity fraud, suicide, falling behind in education, and as Jaye says ‘these issues deserve to be acknowledged. They deserve care, attention, and motivation for solutions.’

The solution to this is a mixture of societal and personal, whether more so than the other is up for debate. Looking back on my own struggles at the absolute worst, I remember not being able to see colour, where even doing as little as picking the remote control took all of my energy. While we need access to the solutions necessary and the ability to access these resources, it also requires the responsibility of the individual to acknowledge that something is wrong and to do something about it, I understand that this is something that is easier said than done and that every situation is different. After watching the aforementioned Jordan Peterson video, I realised that something needed to be done. I went to the GP and through a year of therapy and a long, hard look at myself in the mirror, I now have a vision of my life and where I want to go.

I don’t want other people to be in the same position as I was. I want people to have meaning, I want people to find their own way in life and to realise that what they have now does not have to be their lot if they want something more. I don’t want people to find happiness, happiness comes and goes, it’s not something that can be found and kept easily. Meaning, however, is what keeps people going, it’s what allows people to go through the worst that life can throw at them and come out the other end. This is one of the things that Peterson has taught me, and it’s something that will stick with me for the rest of my life, and for that, I owe Peterson my undying gratitude.