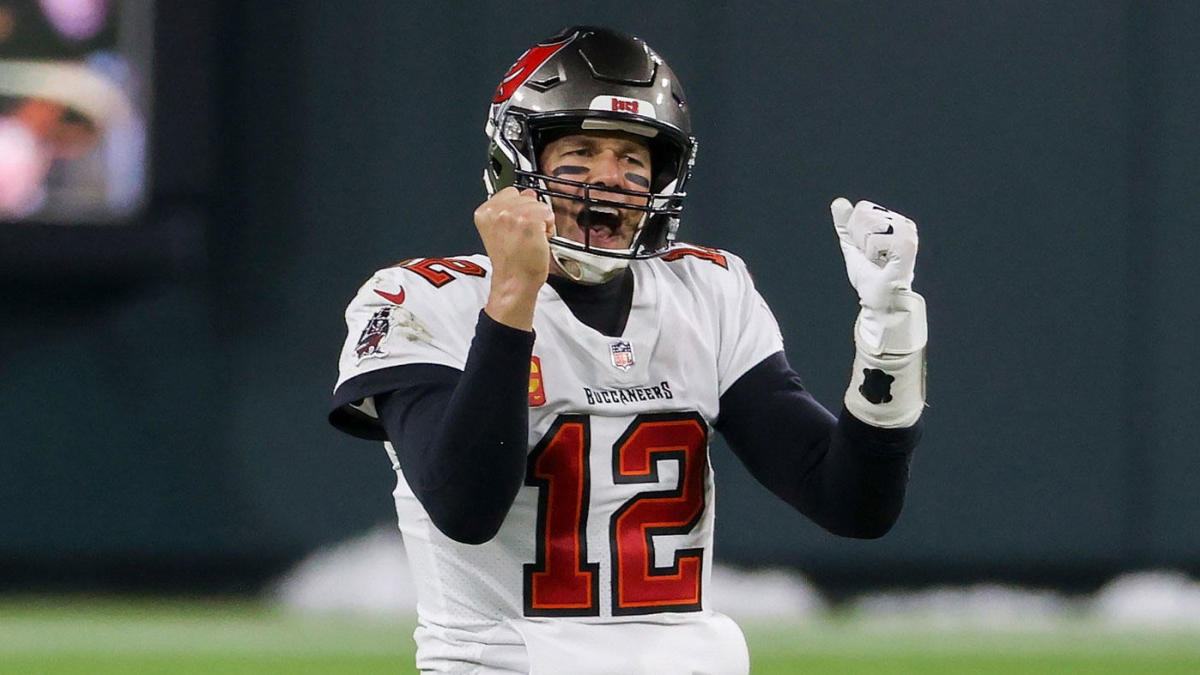 Brady Does it Again. Match Overview Buccs vs Packers

The stakes were high for the Tampa Bay Buccaneers on Sunday evening, with a home Super Bowl on the cards for the first time in NFL history, and their first season with Tom Brady on the line. It is safe to say that they delivered, beating top seed Packers 31-26 at Lambeau Field in what is sure to be looked back upon as a classic postseason game.

After a perfect start that saw Mike Evans score a 13-yard touchdown on the opening drive, followed by a huge sack on Rogers in the first few minutes of Green Bay’s attack, the Buccs dominated the start of the first quarter. Following a fast-paced and well-disciplined bit of play, Tampa Bay’s defence gets at Rogers again, sacking him for a 6-yard loss on second down before the end of the quarter.

Picking up where they left off at their 48, the Packers make it even with a 50-yard strike to Marquez Valdes-Scantling. 7-7 and with over 14 minutes left in the half, Brady returns to the pitch hungry for more. The ball finds Chris Godwin on an important 50—yard third-down throw, before falling into the arms of Fournette who performs a stunning run and spin move, taking the ball over the line from 20 yards out. Facing a delay in play after Packers coach Matt LaFleur throws a challenge flag for the touchback call on the field, which is eventually reversed, giving Packers the ball at their 25. A sigh of relief is exhaled when Green Bay recover a fumble, and they slot it down the middle for a field-goal resulting in 14-10.

With the two-minute warning looming, Brady fails to make another third-down conversion, giving the ball to Rogers who immediately throws an interception after a sequence of non-urgent defence that saw them back behind the sticks. With all three timeouts and 25 seconds left on the clock, Brady hail-Mary’s the ball to Scotty Miller for a 39-yard touchdown right at the end of the half. It’s sequences and passes like that which win these kinds of games, with the Buccaneers ahead 21-10 and dominating this game at the half.

Starting the second half with another touchdown after a fumble is forced three drives in by Whitehead, this time it’s Cameron Brates who waltzes in from the 8. With the Buccaneers now steaming ahead with 28 points to 10, the Packers need to start coming up with some answers. Tonyan provides, after a few downs that see Rogers getting a little more comfortable result in a touchdown to make it 28-17. Building on this momentum, Green Bay manages to intercept Brady for the first time in the game which they use to their advantage, going into the end zone with 25 seconds to go in the quarter. Despite daring to go for the two-point conversion, an important decision that is sometimes necessary for these kind of games, the Packers miss out on any extra points so it’s 28-23 going into the final quarter.

Following a huge turnover for the Packers at the start of the first quarter, Rogers and CO fail to do anything with it and are sacked for the fourth time this game, bringing the punt team on again. All is not lost, however, as the Packers intercept again, only for it to lead to another punt thanks to the relentless Buccs defence who have played exceptionally tonight. Rob Gronkowski manages to get his first reception of the game in the Tampa’s next drive which concludes with a 46-yard field goal. The score is 31-23 with only 4:42 standing between the Buccs and the NFC championship and Brady’s 1oth Super Bowl reception.

As the game reaches its climax after an immense 58 minutes of entertaining play, things start to get a little controversial. Despite being 8 points down and sitting at fourth and goal, 8-yards out from the Buccs line, Matt Lafleur instructs his team to go for a field-goal, with obvious hopes of having another crack at a touchdown. This decision has prompted a series of outrage from fans, especially considering each team has all of their timeouts remaining and the Buccs have been exemplary in achieving first downs regardless of Brady throwing three interceptions. Shortly after this decision, as the Buccs are running out the clock and the score stands at 31-26, the officials give a very late call of holding against the Packers, resulting in a first down and handing the game to the Buccaneers. Commentators explain how it’s the correct call while admitting that the referees have been letting the player’s play all game, resulting in some heated debates for fans after the game.

With the final score finishing up at 31-26 and the Buccaneers heading for the first home-team hosted Super Bowl in history, this game had it all. Bruce Arian’s side performed, forcing mistakes from the Packer’s defence and supplying answers on offence. The Tampa Bay Buccaneers will face the Kansas City Chiefs in Super Bowl LV at the Raymond James Stadium on February 7th at 23:30 (GMT).

Catch the team’s reaction after the game here: