Cambridge University Students’ Union found itself amid a confusing controversy after a vote was passed to ban all union societies and external organisations from bringing firearms to the CUSU Freshers’ Fair as well as other CUSU events. In the ‘CUSU Believes’ section of the motion, it was stated that

“The presence of firearms and military personnel at Freshers’ Fair is alarming and off-putting for some students and has the potential to detrimentally affect students’ mental welfare.” 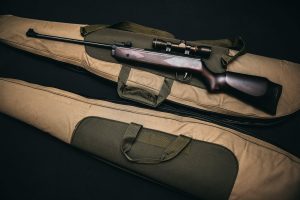 The controversy emerged as the original motion proposed by CUSU’s Welfare and Rights Officer, Stella Swain, and seconded by the union’s Access and Funding Officer, would not simply ban firearms, but also ban external military organisations from CUSU events, with Swain stating that she believed the Freshers’ Fair should not be a place for external military organisations to ‘recruit’, and furthermore that the CUSU had previously pledged to ‘demilitarise’ the university. The tabled motion was quickly picked up by many national newspapers, and Colonel Richard Kemp, former commander of the British Forces in Afghanistan, condemned it in an interview with the Daily Telegraph, stating that he believed the proposal was “just yet another effort […] to undermine British society.”

It was not simply external figures and organisations that criticised the motion either, as the CUSU itself supports several societies that work closely with – and receive funding from – the British Armed Forces, for example, the Officer Training Corps, Royal Navy Units, and Territorial Army. In opposition to the motion, a CUOTC platoon commander stated that the motion sought “to ban the Officer Training Corps and the University Air and Naval Squadrons from the Freshers’ Fair and, in doing so, seeks to influence and restrict the way in which students enjoy their spare time.” However, further noted that he did “not object to the ban on military firearms, which is entirely sensible.” While article 5 of the original proposal stated explicitly that military societies on campus would not be included in the ban, this protection seems to have been buried in the confusion and frustration of the debate.

Military organisations are not the only ones who were critical of the proposal, however, as a committee member from the Cambridge University Rifle Association pointed out that “the army provide no personnel at the Freshers’ Fair, and neither do the RAF”. She also expressed concern over the firearms ban, insisting that the rifles used by the society are “no different from any other piece of sporting equipment”, and even then, were inactive and chained securely to desks during Freshers’ Fair, and further stated that it was “disgraceful” that societies which would be affected by the ban were not consulted before the council meeting.

While the original motion was passed by 75% of the vote, an amendment was proposed on the 3rd of February which would remove ‘CUSU Resolves 2 and 3’, essentially removing the ban on ‘external military organisations which are not student societies registered in the CUSU Societies Directory’ and ‘non-CUSU members from external organisations attending CUSU Freshers’ Fair by using a society as a front’. While this amendment passed by 55%, newspapers across the nation were already printing articles based on the original wording of the motion, with strong reactions from readers.