“When you get it right, the endorphins skyrocket! You feel like you’re on top of the world”: Tom Walton talks Disco, Garage and the feeling of playing an awesome set.

DJ, producer and former Creative Music Technology student, Tom Walton moved back to his hometown of Nottingham after he graduated last year. I caught up with him to see how he has been getting on; we talked about his new single “I Want Your Soul”, pursuing his career after University and what the future has in store for his music. 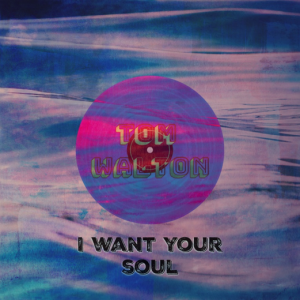 Hull is, of course, a great place for local music. Whilst studying here, you were a DJ for many events in places such as Asylum and The Adelphi. Do you miss DJing in Hull or are you still getting the same sort of buzz from similar events in Nottingham?

When I started [at University], I didn’t notice much of a dance music platform until I met the wonderful people over at Crystal Clear, Hull Uni’s DJ and events society. It all started in Hull, from engaging in the Crystal Clear events and parties to running my own events with my good friend Kieran Bernes-Jones also known by his alias ‘KaizzaB’. However, Nottingham has its own music scene which I am engaging with. I still very much feel a buzz from DJing, despite it being different as I’m no longer a student and haven’t got the same freedom to get involved with all the events and parties.

Have you noticed a change in your writing/producing process since moving back to Nottingham?

I spend less time debating an idea since I’ve moved back home – I work two jobs as well as DJing, so the time is more limited. I make much better use of my time because I want to keep pushing myself forward. I also think my skills have improved as I’ve been doing it longer, it really is a case of practice makes perfect and so since moving back, I feel my writing has improved and the overall quality of my productions has increased too.

“As with all things creative, it’s subjective. Some will like it, some won’t. You can’t please everyone. At the end of the day, I make the final call. If I’m feeling it, that’s good. If other people are feeling it too, that’s great!”

My EP, “Life Under The Glitterball”, paid homage to Disco Music, the first real genre where DJs became the norm. “I Want Your Soul” was different. I wanted my first release of the new year to explore something new and I’ve always loved Garage Music; I think it’s the rhythmic patterns and the basslines that do it for me. It’s always interesting to listen to, so I wanted to give it a go.

Like all of your music, your new single is the type of song you can’t help but move to. Can you tell us a bit more about how it came about? Did you get the beat down first and then build from there? Or was it a case of working from the lyrical concept and vocals?

It started with that deep sounding bassline. I loved it, so I started building a few other bits around it; adding some chords and bulking out the track. It was originally going to be a House track, but then I thought that would be too predictable. So, I started adding some drums that resembled the rhythmic patterns of a Garage Style track. I was hooked immediately. I stumbled across an old vocal I’d been sitting on for a while. I’d tried it in a few other projects and it just never seemed to spark until I added it to this project. I chopped the vocals up and restructured it a little to fit the structure of this instrumental I was working on. I knew at that moment I was onto something, and I really wanted to finish this track so I could use it as my first release of the new decade.

When you’re writing and producing, do you keep in mind how people will react to it and the atmosphere it will create? Or do you go with what purely makes you feel good?

I always follow my own heart and gut feeling when it comes to writing and producing music. I consider how other people will react to it when I’ve got most of the ideas together and I’m mixing the track and getting a pretty solid feel for what kind of energy it’s going to create. As with all things creative, it’s subjective. Some will like it, some won’t. You can’t please everyone. At the end of the day, I make the final call. If I’m feeling it, that’s good. If other people are feeling it too, that’s great!

It must feel amazing to have people dancing and having a good time when you’re DJing. Can you describe what this feeling is like?

It’s a feeling like no other. A highlight for me was playing Asylum in my final year, it was crazy. I was shaking afterwards just fuelled on adrenaline. You ask yourself, why can’t every gig be like that? Because, trust me, there are some where it’s difficult to get the crowd going. But that’s part of the fun, it’s the challenge of working a room, watching it build and then trying to maintain it at its peak. When you get it right, the endorphins skyrocket! You feel like you’re on top of the world. On New Year’s Eve in Nottingham, I warmed up for Jon Da Silva, a legendary house DJ from the late 80s/early 90s who was a resident DJ at the world-famous Hacienda Club in Manchester. That was incredible, as I played the set after him too and just kept the room dancing for hours afterwards. Not every night is like that, but when those amazing nights come along that’s when you realise there’s nowhere else in the world you’d rather be!

What is your go-to song or artist to dance to?

I’d have to say “Lola’s Theme” by The Shapeshifters. It just gets me, and I lose myself in the music. I’ll be driving, or just listening at home, and I can’t help but get into the groove. For me, it’s a timeless tune that never gets old!

2020 marks not only a new year but a new decade. What can we expect from your music this year and, if it’s not too big of a thing to think about, this decade?

I’ve had a good few years branching out as an independent artist and DJ. I’m looking to grow my fanbase, engage more with my listeners and keep pushing new music. So far this year, I’ve got a few other tracks that I’ve been working on and I’ve been sending some unreleased tracks off as demos to record labels. I intend to keep my music releases consistent so that my body of work grows and with that hopefully my audience will grow too. So, I’d say there’s plenty of new music to look forward to this year and in the new decade too! 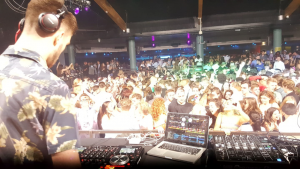 Tom Walton’s latest single, I Want Your Soul, is out now: https://open.spotify.com/track/6XGPihOEV5JHfGK59FK3pX