The General Election – Exciting or Terrifing? Is it Vive La Révolution time? 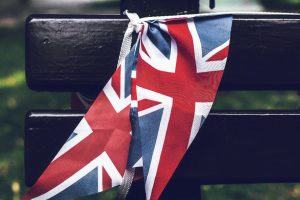 Well that came out of nowhere, didn’t it?

In case you have been living under a rock for the past few weeks, on the 12th December, the country will be deciding who should be the next prime minister. The ITV debate was an absolute shambles, but according to results that were released by the Cabinet Office, more than 300,000 people have registered to vote; 200,000 of them being under the age of 35.
I still remember the 2017 election like it was yesterday. Labour used brilliant tactics such as using social media to appeal to the younger potential voters, and talking to Grime artists like JME. Corbyn even gave a powerful speech at Glastonbury on the Pyramid Stage, which I will admit, moved me and my family to tears. This was an edge that they had over the Tories. What the hell do the Conservatives know about appealing to young people?
Regardless of what you think about the whole thing, there is electricity in the air. With most elections, you put in your vote and you make your own predictions, either your party win, or your party loses. But now, with Farage and his Brexit Party added to the table and the Lib Dems vowing to stop Brexit, no-one truly knows what is going to happen. Will Brexit be delivered by the end of January? Or will it be stopped entirely? But perhaps the most important question of all, is this going to be the end of the current establishment, or will it result in some sort of political revolution?
Am I annoyed over the fact that we have to have another election? Yes, of course, I am. I want Brexit done and out of the way. However, I am now more interested in politics than ever before.