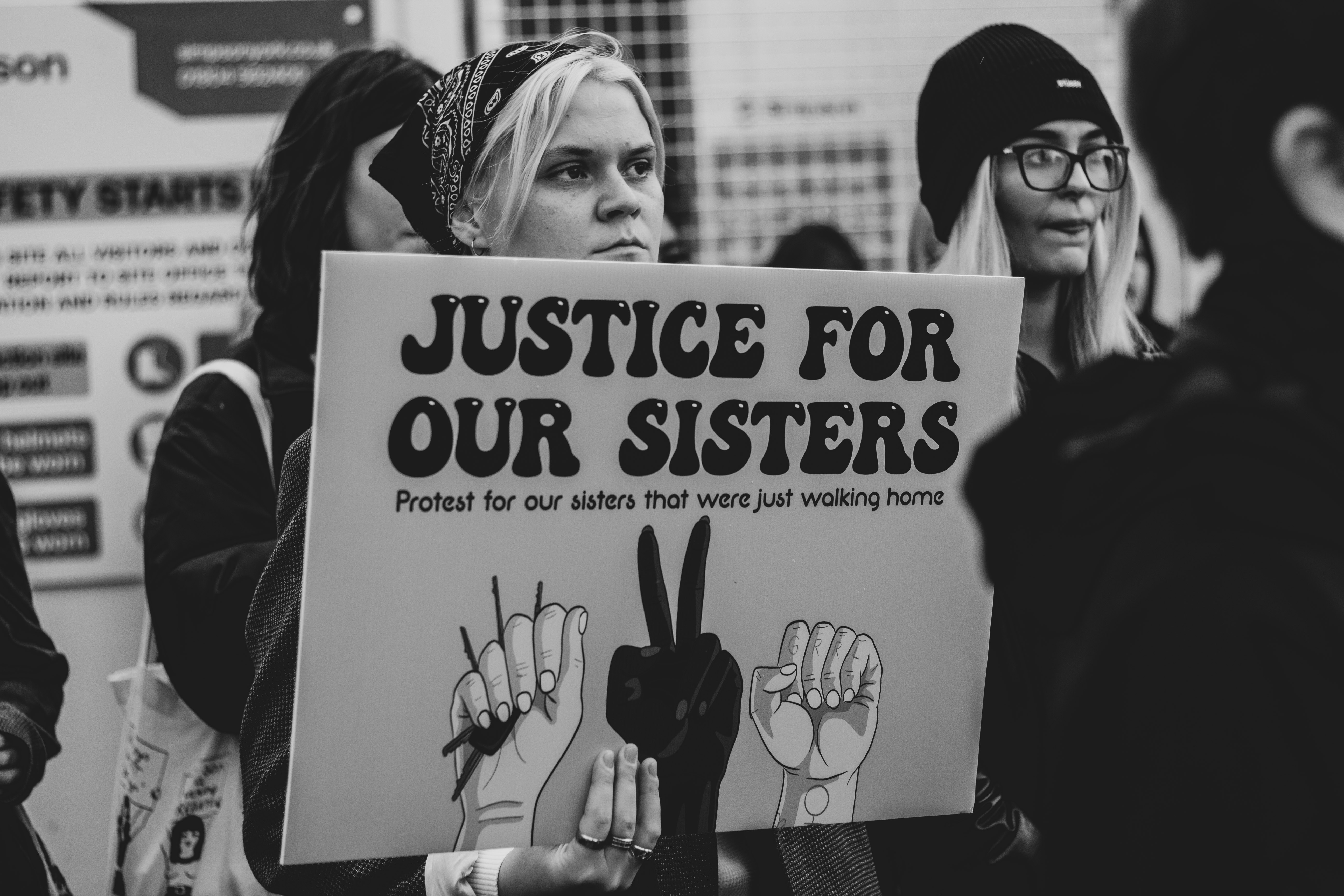 Justice For Our Sisters: Interview

By Isabella and Amber Wiles

Following a spate of violence against women in the UK, an inspiring group of women in the Hull area decided enough was enough. They came together in the fight against violence towards women, and created ‘Justice for Our Sisters’, a group designed to be a safe space for women to share their own personal stories and experiences. On the 24th October 2021, the group organised a protest in Hull City Centre, where many incredibly brave women spoke openly about their own personal experiences and came together to fight for our right to feel safe on our streets. President of the HullFire, Amber Wiles spoke to one of their members, Ceri.

Amber- Why did you decide to set up Justice for Our Sisters?

Did you want Justice for our Sisters to be a place where people could feel safe to share their experiences and stories?

After the polls that you had posted on social media, did you find that people had looked at that and thought about things that had happened to them?

Where you surprised at how many people responded to the case that they had been faced with harassment, was this a shock to you all?

How do you think the protest went, are you planning any more?

How was the response from places like Spiders because I know that they had a backlash to their reaction to the whole thing, I saw you posted a letter about it but what was their response?

Have you found since setting up the group that places you thought were safe spaces or people that you thought would be more understanding have shunned away from talking about these things?

Have you spoken to anyone at the University or the Union for them to get involved in some capacity?

Do you think that more reaction from the actual university rather than the union is something that needs to be improved?