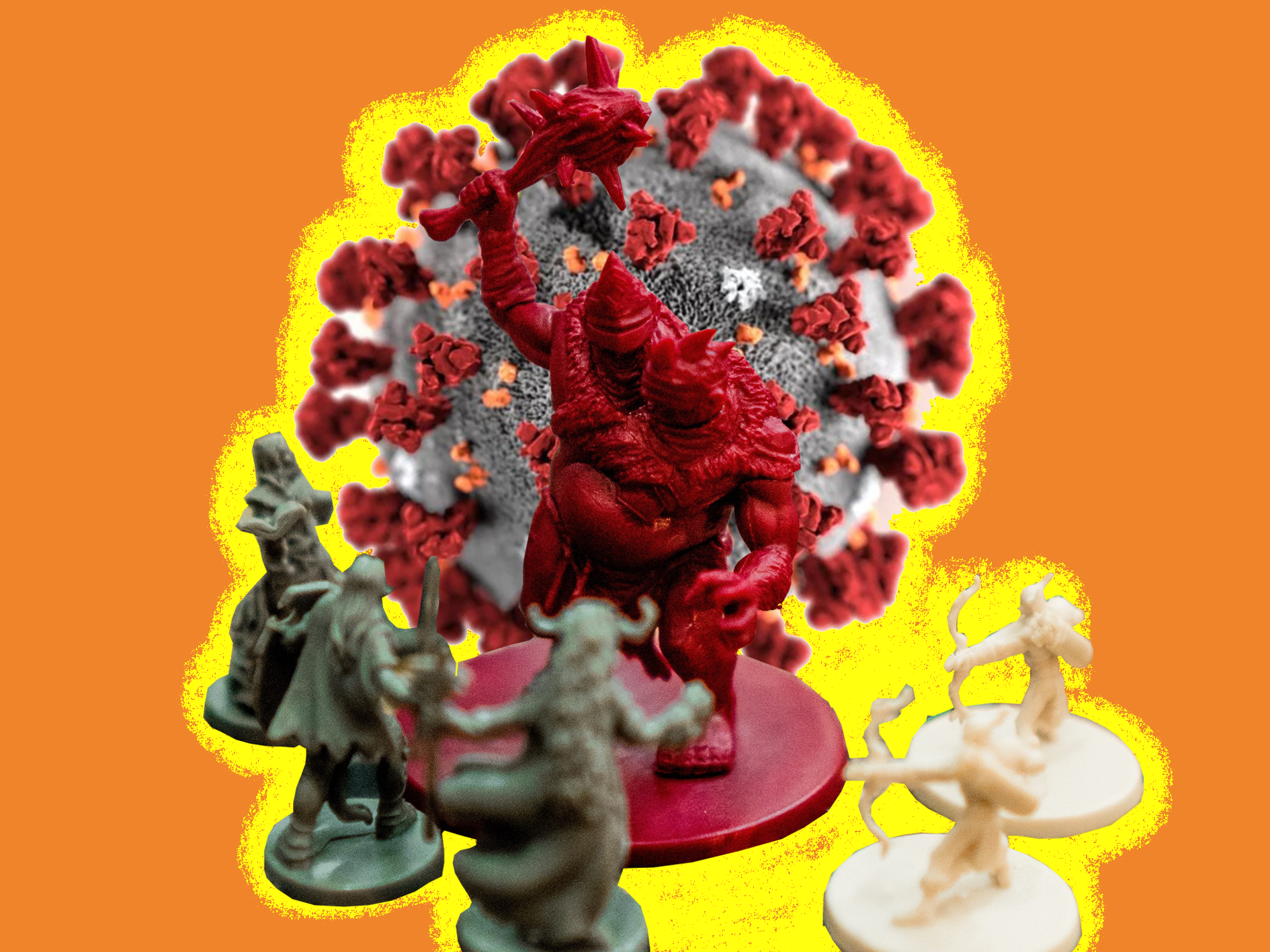 The Magic of Dungeons and Dragons

As those who know me will be able to tell you. I’m a bit of a nerd. I grew up watching David Tennant running down corridors, Ewan McGregor duel with his apprentice on Mustafar, and I love, love, LOVE big thick, juicy fantasy books. Despite this admission of ‘nerdom’ however, there was one game that I never got to play, Dungeons and Dragons (or D&D, as the cool kids call it).

It was during the first lockdown in May last year and one of the many group chats I’m in (yes, I’m that popular) pinged on my phone, I was on furlough and there were still many things we didn’t know about the virus. Mentally speaking I was not in a good place, looking back I remember every movement I made feeling incredibly heavy, taking all my energy to do something as little as lifting my arm to use the TV remote, and it was as if I was seeing everything through a lens of black and white. It was the same way I had felt when my depression was bad, and I could feel it getting worse.

The alert in question came from one of the girls in my little friendship group. Before the pandemic, we would meet up every Wednesday at 6:30 in Sanc for a ‘couple’ glasses of whiskey,  jokes, a game of playing cards and if we’d had enough to drink, we would eventually start talking philosophy and politics. Trust me, it’s more interesting than I’m making it sound. As time grew, this little group of ours would grow to about eight ‘members’, and this would turn into a little routine that gave me something to look forward to. I have made a group of friends that without seeming sentimental, are now people which I cannot imagine my life without. During the pandemic, we would meet up on Discord and attempt to carry on the tradition, but it just wasn’t the same.

We are not supposed to live in isolation, on our own with no end in sight. We’ve evolved to be social, to see, touch, kiss, love, laugh, and this pandemic has only reminded me of that. Therefore, I’m reminded to be more grateful for the friendships I have made and to ensure that those connections do not fade away.

Back onto the message, it read along the lines of ‘If I told you guys that I have a D&D campaign would you guys be interested in playing?’ and after arranging a day when we could all meet up via Zoom, most of us would meet up almost every Sunday to start the game at half seven.

Now you’re probably thinking: ‘All of this is nice Jaeben, but why are you telling me all of this?’

Well, from the first session, it was as if all the colour that was gone for a good chunk of the lockdown was coming back, the constant mental exhaustion was replaced with excitement and most importantly, a chance to not think about the virus, lockdown, or how long it would take to get a vaccine. I was thinking about who the characters were going to meet, how our characters were going to develop, how we were going to watch one of the characters try to develop a romantic relationship with a brothel keeper and fail miserably (Yes, that actually happened).

At first, it was awkward, this was not through any fault of the DM (Dungeon Master), she and one of the other players had been doing this before I knew them. Roleplaying for the first time was awkward, janky and I’m a joint drama student so the way I see it, I’ve got no excuse. But as time went on it got easier and more enjoyable, especially when we were no longer thinking about what one person thought about the other. Although I’m sure if you asked the DM, she would say that my character is just me with a different name (I was aiming for John Wick, but I ended up with Deadpool).

Not only is the roleplaying and character development fun, but so was the teamwork. And it got my own creative juices flowing for potential stories that I want to tell. I got to work with a group of friends solving mysteries and puzzles in a way that I never had before and I think our friendship group became stronger because of it. The magic in the game may be fictional, but there is a real-life magic to it as well. Now, as I’m writing this I’m part of another game, and for two days a week I can turn off and literally be someone else for a few hours. Afterwards, I can think about the adventures that the party and I got to go on before I have to get up early Monday morning and let the all too familiar stress of university get to me. But the one thing that has been keeping me going, and I’m not exaggerating when I write this, is when I click the link to the Zoom meeting and we can laugh and joke, cry, and love, and feel the sense of euphoria when we kill the demon-lord who is threatening to destroy the world.

I messaged the DM a few months ago saying thanks for the game. But I’m going to take this opportunity to repeat it if she does read this. Thank you. Thanks for the game, thanks for the memories and thanks for playing a part in my mental health getting better, you may not think that you have done anything at all, but when you feel like you’re carrying an impossible weight on your shoulders, you would be surprised how appreciated even the smallest amount of help is, no matter how small it may seem. And I know I speak for everyone in the party when I say that we love what you have done to this little group of ours.

So, the reason I’m telling you, the reader all of this, is that D&D has only gotten more and more popular over recent years, I think that the pandemic has probably played some role in that. You might very well think that I’m just putting ridiculous praise onto a stupid game where everyone plays pretend like they were children, but it’s through this ‘stupid game’ where I not only got to tick it off my nerdy bucket-list but have experiences with my friends almost in a completely different way, and escape to a completely different world for a few hours. And for that reason, I think everyone, no matter how cool you think you are, should experience the magic of this game at least once, who knows, maybe I can convince the rest of the Hullfire to give it a try.