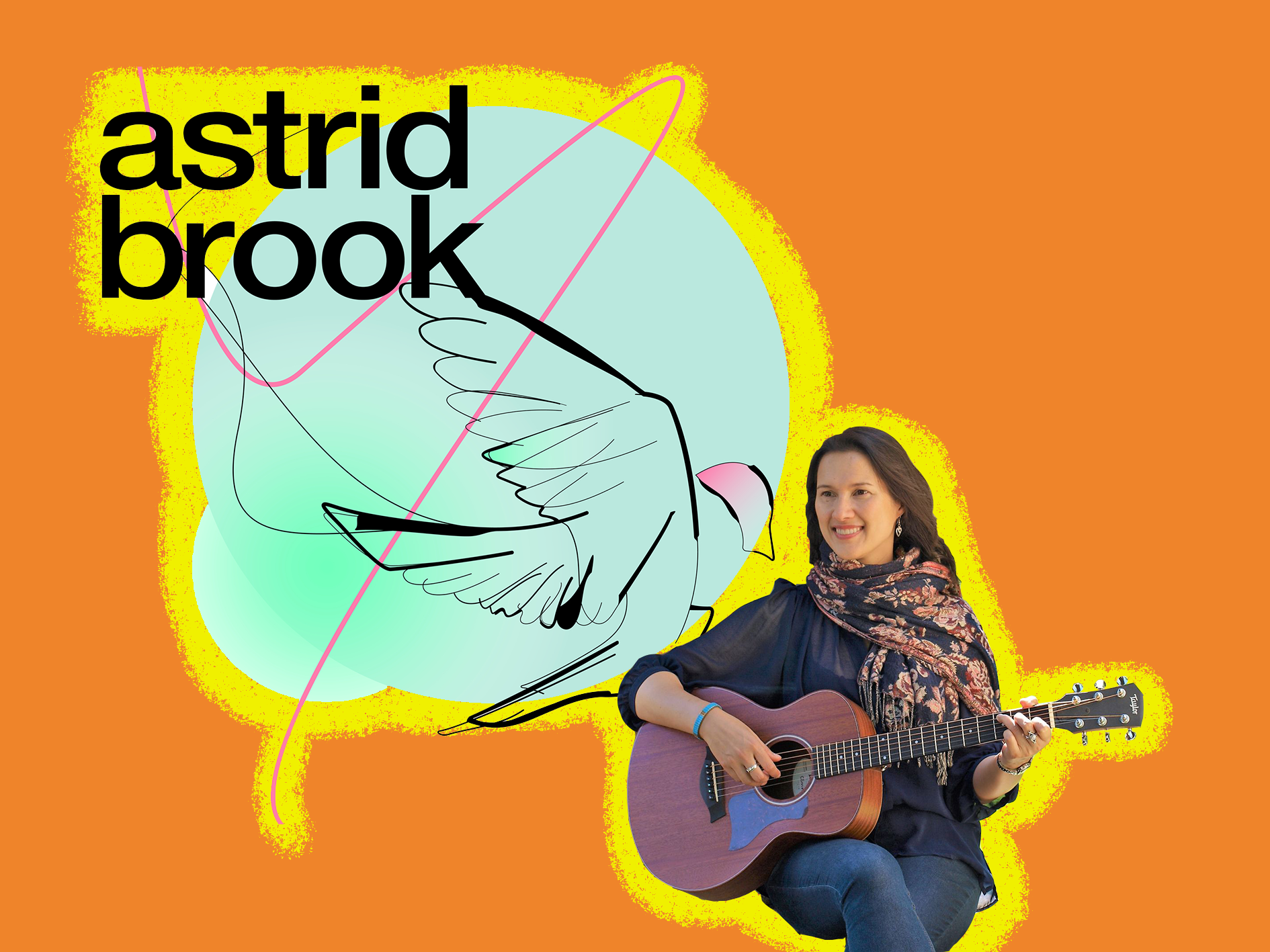 Boasting eleven tracks of what Astrid calls ‘liberating Folk Music to gently lift your spirit’, Liberation draws on her strong, unwavering Buddhist beliefs. Indeed, the title and concept of each song are based on a prime nugget of Buddhist philosophy, with Astrid’s sublime lyrics expanding on the general themes of age-old philosophies originally dispensed by sages such as Daisaku Ikeda and Nichiren Daishonin.

Based in London, Astrid has been performing for more than two decades, and Liberation embodies the very essence of her soul. Opening with ‘We The People’, the gentle nature of the music immediately has a positive impact on the listener, because it effectively does precisely what it ‘says on the tin’ in the sense that it effortlessly lifts listeners’ spirits. Astrid’s soaring vocals are confidently aided and abetted by guitarist Will Cragg: a music teacher in his ‘spare time.’ The chorus of ‘We The People’ is subtly anthemic and catchy, with Astrid’s singing and Will’s playing complemented by Jim Hawkins’ exquisite production values and George Shilling’s meticulous mastering.

The album’s title track, ‘Liberation’, follows hot on the heels of ‘We The People’—and it’s just as beautiful. Inspired by a Daisaku Ikeda quote, it promotes the belief that people can be freed from the sufferings of life, with Astrid proclaiming, ‘Fear has been my master, and I have been its slave’. Astrid admits that she has suffered through a succession of adverse experiences in her life, so she is genuinely singing from personal experience, and it shows because listeners can’t help but be moved by the intensity of emotion that Astrid manages to articulate in the track’s three minutes and forty-seven seconds’ play-time.

‘A Living Flame’ is rooted in Daishonin’s ‘If you light a lantern for another, it will also brighten your own way’ philosophy. In other words, in helping others, you’ll indirectly help yourself. This is reflected in Astrid’s gorgeous lyric, ‘I am catching fire… together we will brighten the way’. Musically, it benefits enormously from Will’s lush acoustic guitar-playing, along with Astrid’s heavenly backing vocals.

‘Morning Meadow’, meanwhile, focuses even closer on Will’s guitar mastery as he finger-picks a gorgeous tune to match Astrid’s divine vocals. Thematically, the song reflects on another Ikeda quote, which prompts Astrid to soulfully croon, ‘I hear a whisper on the wind / There is a gift in everything’.

‘My Golden Soul’ goes on to consider Ikeda’s belief, ‘All it takes is one person in the family shining … to illuminate the entire family’. Astrid, channelling her self-awareness, responds with the line, ‘I know I have a part to play / I alone must make the change’. The initial forty seconds of airtime possess minimal instrumentation, allowing Astrid to showcase the full range of her voice before a glorious in-rush of additional music lifts ‘My Golden Soul’ onto another level entirely as it embraces the chorus.

‘Into the Deep’ follows, encouraging people to embrace the profound, with Astrid asserting, ‘This journey is only for the brave’. ‘Try’ subsequently focuses on Ikeda’s belief that we either advance or retreat in how we approach life, with Astrid declaring, ‘I want to break down the walls’.

‘The Moon Song’, for me, is the highlight of the album, the touchstone of perfection that encapsulates all that is most engaging about Astrid and her music. Imbued with as much style as substance, it’s a beautiful track that oozes class, buoyed by the inspirational line, ‘I turn and face a new direction / With the courage of a lion every day’.

The final three songs—’Sovereign’, ‘I Can Heal’ and ‘Sing It’—are blessed with just as much emotional integrity as the other eight tracks, bringing to mind uber-talented artistes of India Arie and Deva Premal’s ilk. Listening to all of them back-to-back proves cathartic, which no doubt reflects the essence of the writing and recording process that Astrid experienced in the making of the album.

Liberation, as a whole, is an album that cannot fail to lift one’s spirit on account of the positive and empowering energy that transcends each track. Judging by the purity of these self-penned songs, it’s safe to say that Astrid sings from the heart to the extent that the net effect is as uplifting as can be.

While Astrid’s website boasts appetite-whetting samples of all eleven tracks, the full album is available to stream and download via Spotify and Apple Music. An album of pure beauty that’s thought-provoking, soul-stirring and life-affirming in equal measure, Liberation could very well set you free.