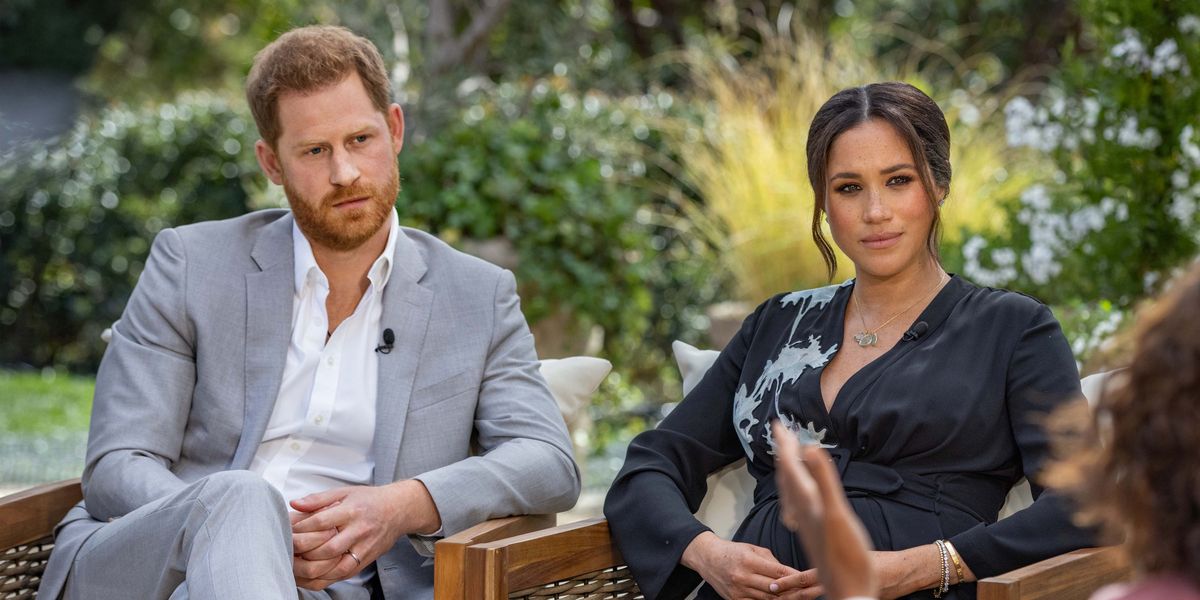 By now, I think we all know the names Harry and Meghan. Back in 2016 when it became public knowledge that Prince Harry, the 6th in line to the throne, had begun dating Suits star Meghan Markle, the British media began its barrage of hate against her. Only a few months into their relationship, the British press had released numerous magazine and newspaper articles, which contained undertones of sexism and also contained blatant racism.

One comment that stood out in particular was one made by Rachel Johnson, a journalist from the Mail on Sunday and sister of Prime Minister Boris Johnson. Johnson remarked that if Harry and Meghan were to have children that “the Windsor’s will thicken their watery, thin blue blood, Spencer pale skin and ginger hair with some rich and exotic DNA” (The Guardian, 2016). Comments such as this, as well as the constant hate by the press, led Prince Harry to release a statement that ‘attacked’ the press for ‘introducing racial undertones’ into reports on their relationship. This statement, however, failed to put an end to the abuse that Meghan was receiving from the British Press. These news stories in fact worsened as their relationship progressed. After the pair announced their engagement in November 2017 and later married in May 2018, we saw more scathing stories that attacked Meghan Markle’s character.

Just after they tied the knot, The Express newspaper wrote an article headlined “How Meghan Markle’s flowers may have put Princess Charlottes Life at Risk”; the flowers being ‘Lily of the Valleys’. The article was later compared to an old article in The Guardian from Kate and Will’s wedding that was headlined “Kate Middleton’s Homegrown Bouquet of Lily of the Valley Follows Royal Code”.  Rather than the press reporting the wedding with a positive outlook, they twisted a story so it looked as though Markle had purposely risked Charlotte’s life with a bouquet of flowers. Flowers which Kate Middleton had been praised for 7 years earlier.

Markle was also faced with backlash after several newspapers published a story reporting she had made Kate Middleton cry over the flower girl dresses for her wedding. It was later revealed in Markle’s tell during her interview with Oprah Winfrey, that it was in fact Kate who had made Meghan cry. Although Kate apologised with a bunch of flowers, she failed to speak out on the situation and idly sat by whilst Markle faced huge criticism from both the media and the public. She allowed Markle to be painted as a spiteful and controlling bride all to save her own reputation. Some sister-in-law.

Then, more good news came when the pair announced they were having a baby. With this news you would expect the press to lessen their barrage whilst she went through the experience of carrying her first child, this was not the case. The press continued to harass, criticise, and slate the expecting mother throughout her entire pregnancy. She was criticised by the Daily Mail for cradling her bump with an article headlined “Why can’t Meghan keep her hands off her bump… Is it pride, vanity, acting or a new age bonding technique?” While Kate Middleton received headlines such as “Pregnant Kate tenderly cradles her baby bump” , yet Meghan Markle is accused of being vain for doing the same thing.

Another example of the media pitting the two royal women against one another was with two articles, one headlined “Kate’s morning sickness cure? Prince William gifted with an avocado for pregnant Duchess” and the other “Meghan Markle’s beloved avocado linked to human rights abuse and drought, millennial shame”. Only the British press could compare the Duchess of Sussex eating an avocado with contemporary issues such as human rights abuse. The racism and prejudice became increasingly evident throughout the media’s differing views of Kate and Meghan.

Writer Danny Baker, posted a tweet with a picture of a couple holding the hands of a chimp, captioned “Royal Baby leaves hospital” for all 500k followers to see. The racist and ignorant post led to him being fired, with him later apologising for the ‘offensive tweet’. This happened because the incessant attacks on Markle in the media allowed the public to criticise without facing any consequences.

Harry and Meghan, after years of abuse and harassment at the hands of the UK media finally made the decision to step down as senior members of the Royal Family. On January 8th 2020, the couple made the move to Canada and then later to Los Angeles with their son Archie. This was a chance for them to start a new life away from the British press. This decision resulted of them being stripped of them of their HRH titles as well as any honorary military appointments and royal patronages. Their choice to leave was not well received by the media or the public, with the couple facing backlash from Royal Fans who believed that Markle had forced Harry out of his family.

A year on from living in the US, the couple have formed their own non-profit organisation named ‘Arch well’. They moved into a home in Malibu,  announced they are expecting their second child, Prince Harry appeared on James Corden’s Late Late Show and as a shock to many; including the Royal Family, the two decided to do a tell-all interview with US talk show host Oprah Winfrey.

The interview aired in the US on CBS on the 7th March 2021 and on ITV in the UK on the 8th. In the interview, Prince Harry and Duchess of Sussex shed light on certain events that led to them stepping back from the Royal Family. Many topics of discussion throughout the interview were shocking, with Meghan revealing that before Archie was born, a member of the Royal Family had asked how dark his skin would be, as though this would somehow affect his place in their family.

Markle also revealed some dark truths about how she had faced suicidal thoughts whilst pregnant with her son Archie, she went on to tell Winfrey of the harrowing time she told Harry that she ‘didn’t want to be alive anymore’ before an event at the Royal Albert Hall. She explained that Harry had told her that she did not have to attend but she said she could not be left alone feeling the way that she did because she did not know what she would do.

The day after the interview aired, GMB host Piers Morgan went on yet another rant about the couple on the morning show, in which he said that “I don’t believe almost anything that comes out of her mouth and I think the damage she’s done to the British monarchy and to the Queen at a time when Prince Philip is lying in hospital is enormous and frankly contemptible”. The idea that Piers Morgan thinks he has the right to accuse a woman of lying about having suicidal thoughts whilst pregnant is incomprehensible to me. Evidently, I was not the only one to think this, with OFCOM receiving over 41,000 complaints about Piers Morgan’s scathing rant. Fortunately, these complaints, along with others from previous rants on the topic led to Morgan inevitably leaving his role as host on Good Morning Britain. Justice prevails once again.

The mere fact that the British media’s 4-year-long harassment of Meghan Markle led her to a point where she felt as though she could no longer live her life, whilst heavily pregnant with her first child, should tell you everything you need to know about the corrupt, racist and manipulative parasite that we call the British press.