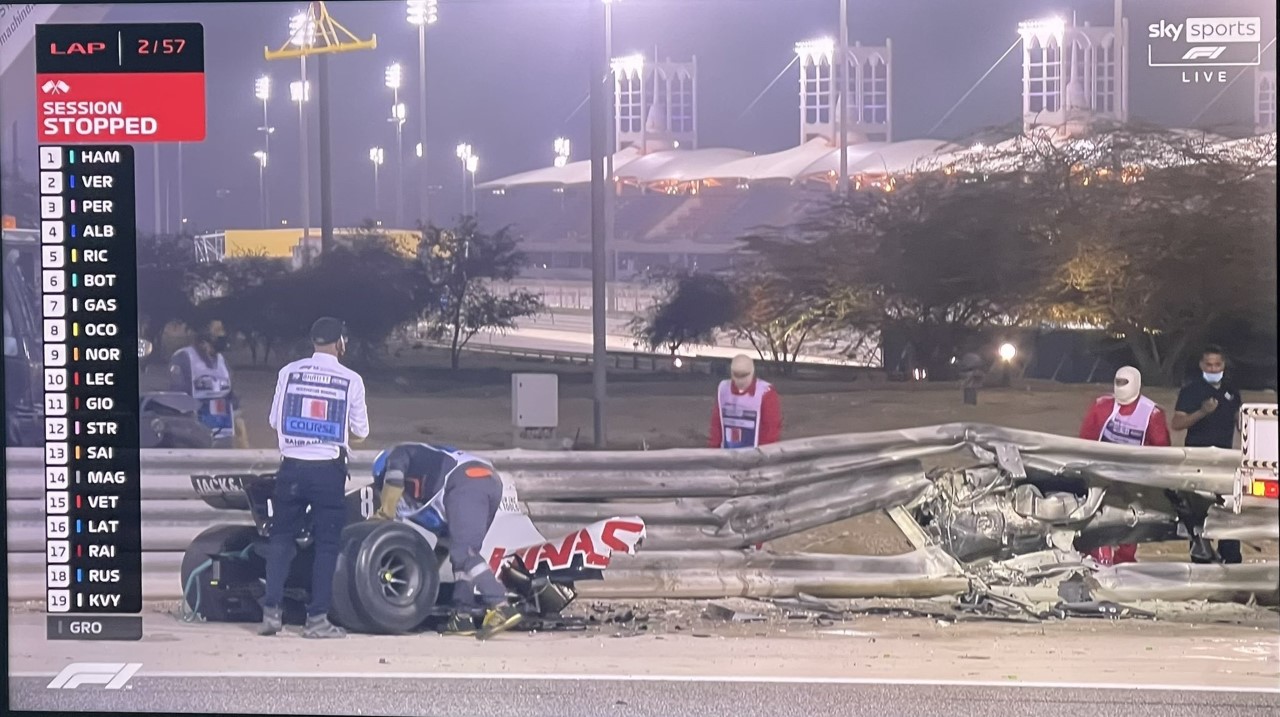 The Bahrain Grand Prix was ready and rearing to go this weekend, with the first race due to start at 2:10 pm (GMT) on Sunday. But just mere moments after the green lights, Roman Grosjean and the Haas team suffered a horrendous crash, seeing his car smash into a barrier, split in two and burst into a ball of flames. Despite suffering one of the worst crashes seen for decades, Grosjean is seen jumping away from the accident, after remaining in the flaming car for quite some time.

Having only suffered burns to his ankles and wrists, Grosjean made a miraculous escape and is hoping to be discharged from hospital on Tuesday (1st December 2020). The shocking scenes prompted many to ask, how on earth did he manage to escape with only minor injuries from a crash so awful? Grosjean himself thanks the ‘halo’, an aptly named structural frame brought into mandatory force in 2018. Speaking from his hospital bed, Grosjean said:

“I wasn’t for the Halo some years ago but I think it’s the greatest thing we brought for Formula 1, and without it, I wouldn’t be able to speak to you today.”

The intricate safety measures undertaken by the FIA have proved their necessity this weekend, with many, including Grosjean against the halo upon its introduction. With concerns being raised about how quickly drivers would be able to escape with the halo in an incident such as this, those questions have now been answered. The impact of the Nomex fire-resistant racing kit also came to light, with Grosjean trapped in the flames for several seconds and only sustaining minor burns. 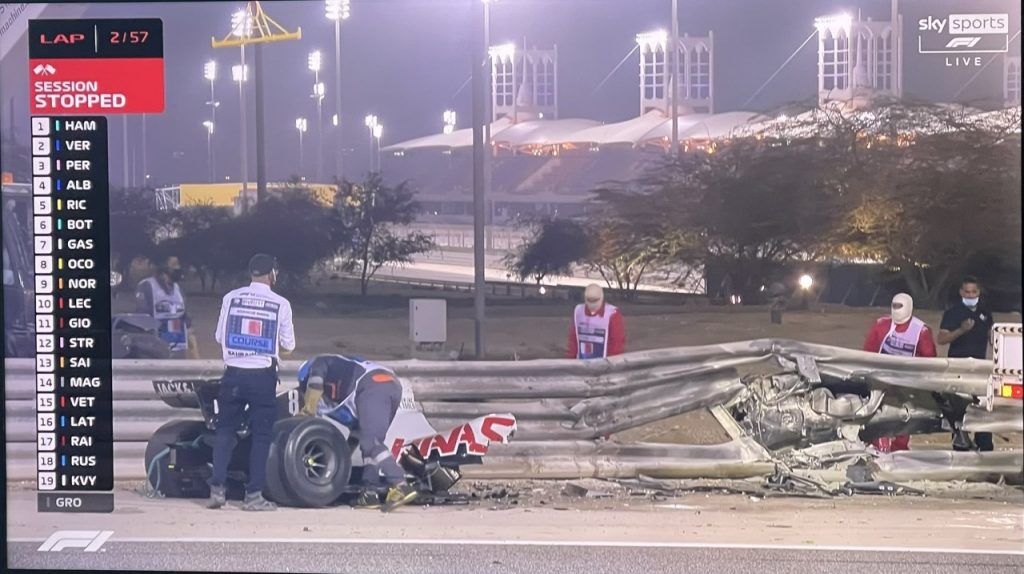 With the safety teams at the forefront of praise following the incident, a reminder has been enforced of the dangerous nature of the motorsport, with eventual winner Lewis Hamilton commenting:

“Naturally it was terrifying to see, I haven’t seen something like that for a long, long time and it really hits home for a driver because I think whilst we all are competing for each other and want to beat each other we definitely, I would think, want safety for everyone and worry about one another when there is an issue, when there is a crash. So I’m really grateful that he’s safe and was able to get out. But I think it’s a real stark reminder of just how dangerous this sport can be.”

The shocking accident came as a surprise to many, with Alan van der Merwe, the medical driver first on the scene stating:

“It was a big surprise. I have never seen that much fire in 12 years,”

Thankfully Roman Grosjean was able to walk away from this accident and the race was able to continue as a result of the safety measures proving effective and saving the drivers life. However, while this is a time to be relieved at the miraculous outcomes of the accident and not search for blame, Formula 1 and the FIA need to continue to learn from the circumstances of this crash, ensuring that no driver has to rely on the halo to survive an avoidable fire.

The FIA’s Race Director has released a statement saying a full investigation into the accident is underway.