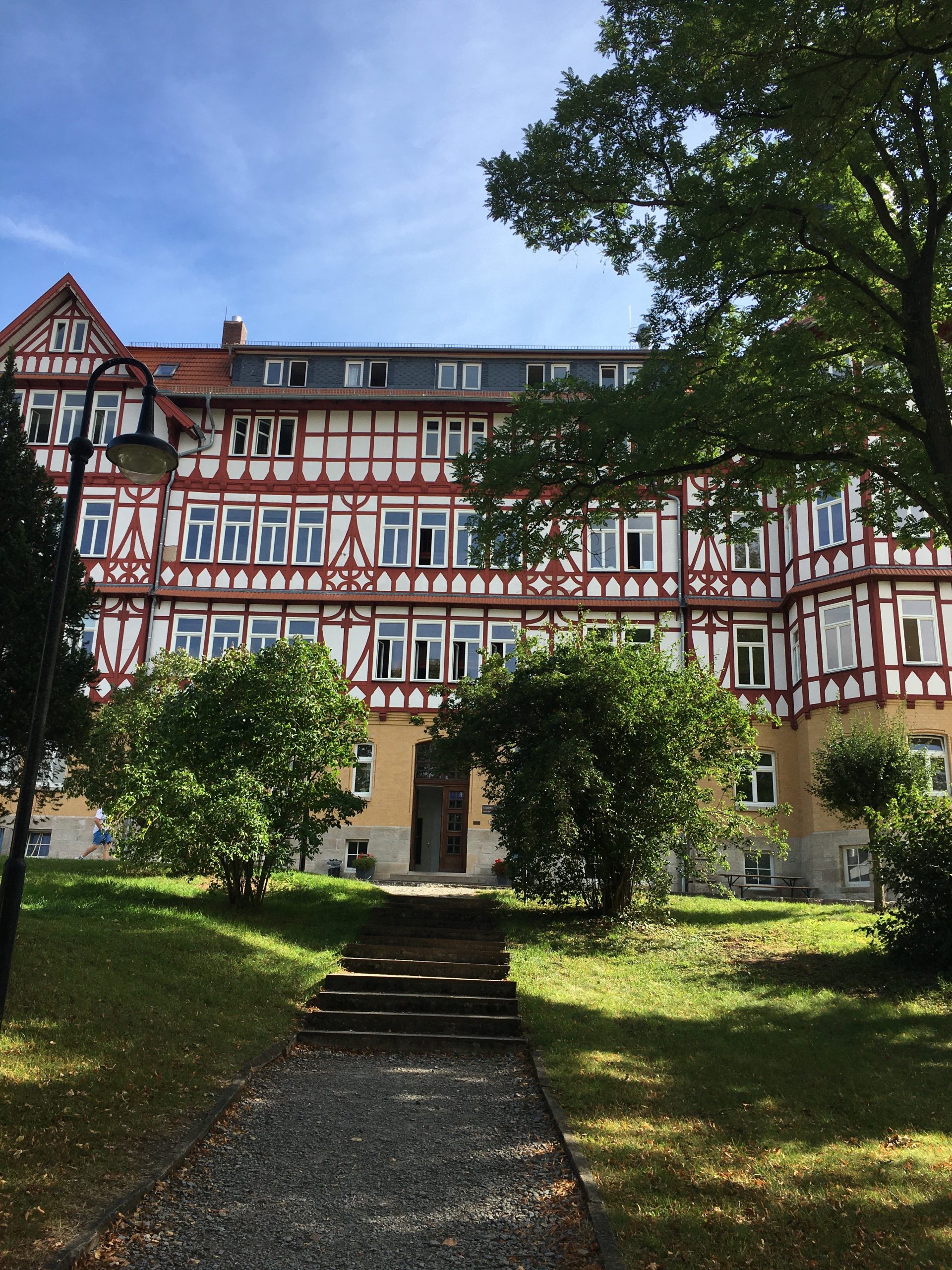 Buried in the German Countryside – My Study Abroad

My name is Hugh Hamish Matthews. I was born in Exeter and grew up in Devon until I finished at Exeter College in 2017 and moved to Hull to study Sociology.

I have since graduated from the Sociology BA course at The University of Hull, in which I was fortunate enough to study abroad at Utrecht University in the Netherlands in my final year through the Erasmus Program. Having studied abroad and grown accustomed to the student life in Europe, I was inspired to find a way in which I could return and combine my wish of becoming a teacher and my passion for immersing myself in new cultures.

I decided that Germany would be the perfect place to work, not only because of its complex history and unique cultural traditions but also because history and politics had a huge influence on me personally during my studies at both Hull and Utrecht. Honing this down further, I focussed my job search in Bavaria and Thuringia, two districts that were hugely involved with the falling down of the Berlin Wall and so offered a unique cultural perspective that I couldn’t wait to throw myself into.

Upon finding Haubinda Lietz Boarding school (found in the borders between Thuringia and Bavaria, just north of Nuremberg), I instantly knew that this was the perfect place to begin.  I was especially intrigued by it as it focussed on giving a rural educative experience to children who had difficult backgrounds or specific learning difficulties, which made it stand out to me. 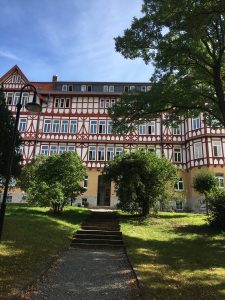 Hermann Lietz Haubinda is a privately owned school founded in 1901 by the eminent professor, Hermann Lietz. Professor Lietz was influenced by British boarding schools, and his view was that pupils character development was central to having a bond and understanding with the countryside. Professor Litz kept the school open during World War One (in which he fought and was wounded; eventually succumbing to his wounds in 1919), and it continued to remain open during the rise of fascism and World War 2. 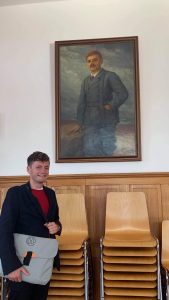 Following the fall of Nazi Germany and the Land Reform Act of 1945, Haubinda faced dramatic change as it became part of the Soviet Occupied Zone. This Soviet occupation meant that the school became a GDR police station between the dates from 1957 to 1961. By 1971, Haubinda readmitted students from local villages under The GDRs education system; this meant it became a ten-class polytechnic High school.

The school remained this way until the dramatic events surrounding The Wende (The great ‘turnaround’ which refers to the pivotal point of Germanys reunifying after The Fall of the Berlin Wall in 1989, marking the collapse of the USSR’s influence in Europe and its political downfall).

The Collapse of the USSR and reunification of Germany allowed for the redeveloping of Haubinda as a school and the rediscovering of Professors Litz legacy as a reform pedagogy approach. This meant that during the 1990s it was partially owned by the state and eventually brought in full privatization by 2001.

With this extensive and unique history in mind, I arrived at the Haubinda on the 27th of August after travelling from Vienna. Travelling by train took around 6 hours and involved three changes (In which I thoroughly washed my hands at each one!). After convening with Language Teacher Sara something and the other English Assistant Ellie Cole, I was suddenly struck by two things: how much of the German language I did not know and how traditional the school’s German architecture was in real life. The school itself was hidden deep in Thuringian countryside in a network of lanes and paths, surrounded by dense woodland with hunting stands spotted randomly in the landscape.

Once I had been introduced to the rest of the staff, we were sat down for pizza and Hell Beer (Light Beer). At this point, it all felt a bit dream-like, and I could not quite believe where I was, so I  remained in this state, occasionally attempting to puzzle together bits of German when I was spoken to.

During the period before the children arrived, the other language assistant Ellie Cole (Mrs Cole) and I were slowly coming to understand what our job responsibilities were., some of which surprised me.

I am living in a house called ‘cherry house’ a five-minute walk from the school, and for the first two weeks I would be responsible for waking up of eight of the German boarders  (this was until the family father would arrive 2 weeks later in which I would hand my responsibilities over to him), and also I would be responsible for maintaining the peace at night before the ‘family mother’ arrived in the evening to put the boys to bed. For me, this came as a bit of a shock.

Nevertheless, it enabled me to build a relationship with the boys I might not have been able to have otherwise; and hugely improved my German language skills. Furthermore, after the first introduction week, I received my timetable in which I was given the responsibilities of helping in morning lessons and doing grammar help with struggling students in the evening lessons.

All the while, masks are to be worn when travelling in between lessons and queuing the canteen. Despite the isolation of the school, Coronavirus seemed ever-present at Haubinda, with frequent reminders that the school could easily be shut at any given moment.

Whilst taking on and learning the nuances of our new responsibilities, Ellie and I used our free time to explore the woodland and countryside surrounding the school (see photos attached!). This provided a well-needed break from the intense nature of our jobs and allowed us to understand the reality of the rurality of the school. What stood out to me was something I had, up until this point, only found in the deepest darkest parts of rural North Devon. This was the feeling of how time just seemed to stop. The silence of the countryside, which was only undisturbed by the distanced buzzing of farming vehicles and continuous vibration of bugs and birds, this was breath-taking. 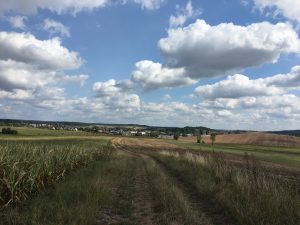