The Froot: A blast from the past with a (salient) eye on the future

With a prevalent subpopulation of long-haired gentlemen, the best alternative nightclub in the known universe (that being Spiders, of course), an abundance of live music venues—the famed Adelphi being but one—and a host of bands to match: Hull is living proof that rock is far from dead.

One such band is The Froot (formerly known as The Froot ’67), a local five-piece who’ve been churning out psychedelic Summer of Love nostalgia trips since 2013. Whether it’s the band’s early psych-blues numbers and raucous garage-rock romps or their recent dive into prog and art-rock—it’s clear that The Froot is a band insistent on exploring everything to do with the ‘60s and ‘70s rock ‘n’ roll. 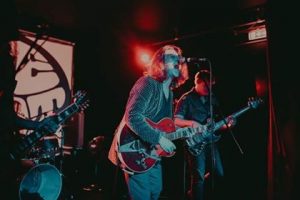 It might be easy to mistake The Froot as a band stuck lamenting the past, but their retro obsession, located in a music scene dominated by musicians busy following modern trends, is brave. Formed whilst still at school and with their first gig under their belt in 2013, The Froot has had seven years to meander through countless line-up changes and musical reformations. Inspired by the likes of The Doors, Alice Cooper and Pink Floyd (whose songs they covered in early gigs), The Froot seem to have finally carved out their own sonic space after years of riding on the musical coat-tails of their idols.

The Froot’s slow evolution from starry-eyed schoolboys to local hippie heroes has seen three EPs and one album since 2015. This has resulted in a devoted following of friends and Hull locals and the embarkment on a gigging circuit extending far beyond Kingston upon Hull. The Froot’s first full-length album Forbidden Froot sees fan favourites like “Salient Eye” recontextualised; the grungy ferocity of their live performances is replaced with a certain sonic slickness—to get a sense of The Froot’s musical capabilities it’s essential to experience them in both contexts. 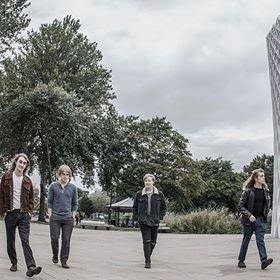 Their latest EP is boldly titled The Froot, and it’s not just the name that indicates a certain evolutionary phase for the band. With the title acting as a kind of spiritual cleansing, The Froot’s musical ideas seem to flow freer than ever. Their air of ‘progginess’ finally comes into the light on “Caravan”, in which the band almost replicates the near-robotic rhythmic precision of King Crimson or Emerson, Lake, and Palmer. After experiencing the wicked Latin blues of “Libido” and “I Want You Near” and the serene balladry of “Ballad of a Broken Stone”, richly textured with all manners of swelling brass and twinkling piano, it’s clear to see that The Froot has entered a new realm of musical maturity.

The band is hoping to release a new batch of songs around summertime and with gigs happening throughout the year—the most notable being their return to Humber Street Sesh on Saturday the 8th of August—there’s more than enough of The Froot to sink your teeth into. A perfect example of homegrown talent turned local delicacy, it’s a veritable feast when The Froot is in town—a feast that you mustn’t miss.