Rafael Mendes-Browne shares the secrets behind his new sound.

From gigging on his own to now performing with a band, singer-songwriter, Rafael Mendes-Browne, also a third-year Music student, has come a long way in the past year. He has recently released his new EP, Mischief Maker, which is available to listen to on Spotify now. We chatted over a cup of coffee, ahead of his EP launch at The Adelphi, about his change in sound, who inspires him and, of course, his dynamic new EP. 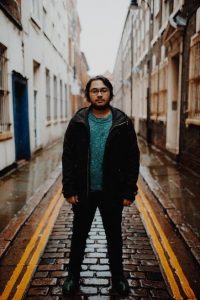 You have said that your music has changed since moving to Hull, can you describe your sound for people who haven’t heard your music?

The old EP is more acoustic rock. With the way this EP has been recorded, it’s kind of taken the essence of what I do live. Now I have a band [The Lasagne Sunsets], and so it has taken more of a rock influence which has seeped its way into the EP.

So, do you think the change in sound has stemmed from having your backing band?

Yeah, definitely. A lot of it is down to my guitarist, Tom, because he’s more of a metal player whereas I’m more of an indie musician. So, it’s kind of like heavier indie music, I guess.

You’re surrounded by fellow musicians and music students. Do you take inspiration from them?

My friend Max Lilley [frontman of Bloodhound] has helped me in terms of managing my music. Obviously performing is one thing but it’s how you, I suppose, have a persona online and promote yourself to get as many people to come to your gigs as possible. So, he has inspired me in the way he does his promotion online. I think, in terms of songs, it would be close-minded if you didn’t take inspiration from the people around you, even if it’s just a little thing, it still helps.

Which other artists do you look up to?

In terms of writing, I used to be heavily into Mac DeMarco when I was in sixth form. My music taste has spread out now. Recently I’ve been getting into Talking Heads, the way David Byrne writes his lyrics is quite, I suppose, unique. Even bands from overseas like Black Lips from Atlanta, and then, coming back to the UK, I’ve been listening to a lot more of Belle and Sebastian recently and stuff like that. And even hip-hop. I’ve been trying to listen to as much stuff as possible because you never know where you can get inspiration from.

Tell us more about your new EP, Mischief Maker.

It’s definitely more fast-paced, definitely more energetic, stuff that you would probably want to dance to more than my old EP. The topics are more related to Uni, how I coped at Uni in the first year and stuff like that. It’s a very big mix.

Are the other songs on the EP quite similar to your single, “Boy Meets Girl”?

They’ve all got a similar vibe but I wouldn’t say one song is similar to another, they’ve all got their distinct style. I suppose one of the songs on the EP, “Lying to Myself”, is more relaxed but still has that same ‘rock’ vibe.

You’ve embraced the music scene in Hull and have performed in renowned places, such as The Adelphi. Where else would you love to play?

Oh man, that is a good question! I really would love to play in Leeds, it has such a vibrant music scene. I’ve been there a couple of times to see bands and the venues themselves are quite unique. So, definitely Leeds, and Manchester, and, because I’m from Norfolk, I wouldn’t mind doing a gig in Norwich, like a home gig.

You’re in your final year of Uni now. Music-wise, what are your plans for the future?

I do see myself staying in the north, I do want to do a Master’s degree in Music, whether that’s in Hull or Leeds or wherever. I think my main aspiration is to try and expand out of Hull, play as much as I can in the north, try and get as many opportunities as I can and just to make new music. It’s quite refreshing to put new music out; you can see how you’ve developed like we were saying earlier, and see the progression of your music. So I’ll just try and play as much as possible and release new music. 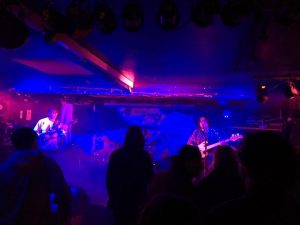