Taylor Swift Steals the Show at the American Music Awards 2019

Full of glitz, glamour and plenty of drama: this year’s American Music Awards did not disappoint. 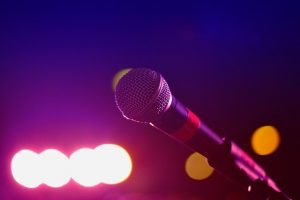 Selena Gomez made a comeback after two years of focusing on her mental health and undergoing a kidney transplant, Billie Eilish won the award for Best New Artist and Halsey made an emotional speech whilst picking up her award for Favourite Pop/Rock Song for ‘Without Me’. However, despite being a night of success and recognition for many artists, it was a particularly fruitful evening for Taylor Swift at the Microsoft Theatre in Los Angeles.

Swift was named Artist of the Decade, awarded to her by the legendary Carole King. Upon accepting the honour, Swift talked about the beauty of the music of an art form and how the award represented a “decade of hard work and of art and of fun”. Her performance of a medley of her hits over the years, including ‘Love Story’ and ‘Lover’ served as recognition of her career so far and showcased her progression from a country artist to a pop superstar.

“decade of hard work and of art and of fun”

Not only was Swift announced Artist of the Decade, but she also picked up five other awards: Artist of the Year, Best Pop/Rock Female Artist, Best Pop/Rock Album for Lover, Best Adult Contemporary Artist and Best Video for ‘You Need to Calm Down’. This takes her total number of awards at the AMAs to 29, therefore breaking the record of 24 held by Michael Jackson.

“Breaking the record of 24 held by Michael Jackson”

Swift did not directly talk about her public dispute with the new owner of Big Machine Records, Scooter Braun, but her outfit at the start of her performance, a white jacket with her album titles printed on in black was arguably an indirect reference. The feud is over the rights to Swift’s previous six albums. She had accused Braun on social media of not allowing her to perform her songs at the AMAs and this escalated to Braun receiving death threats. Accepting her award for Artist of the Year, Swift said that in the past year she has had “some of the most amazing times” but that she has also experienced “some of the hardest things I’ve ever gone through in my life”.

What is clear is that Taylor Swift is not just a singer-songwriter but a true performer who knows how to make a stand in the industry. Her previous battle with streaming services and now her battle with the record label is a step towards artists receiving the correct recognition and ownership of their work, particularly when it comes to female artists. It is also clear that Swift takes true pride over her art and her hard work is evident through her vast catalogue, making the Artist of the Decade Award well deserved.